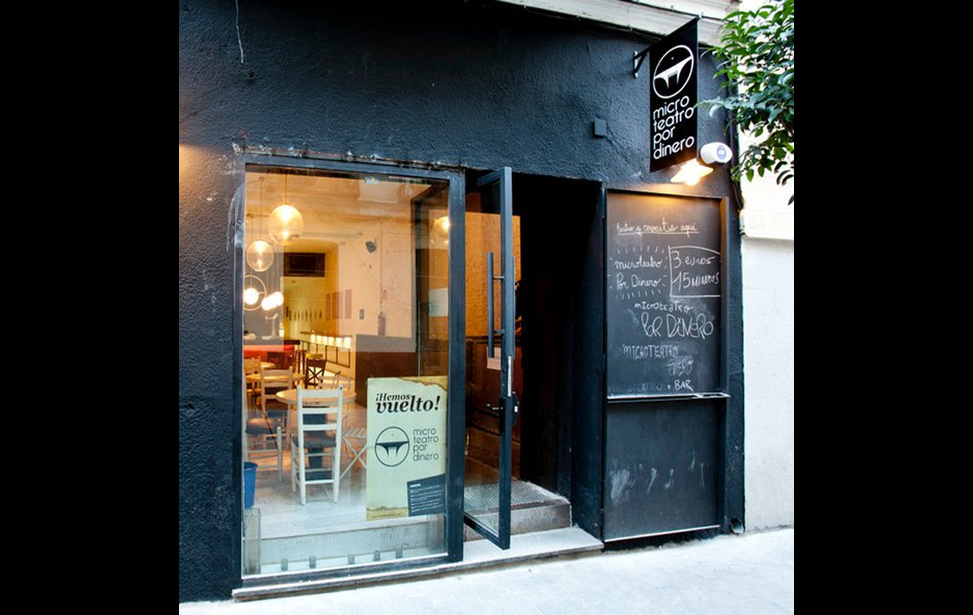 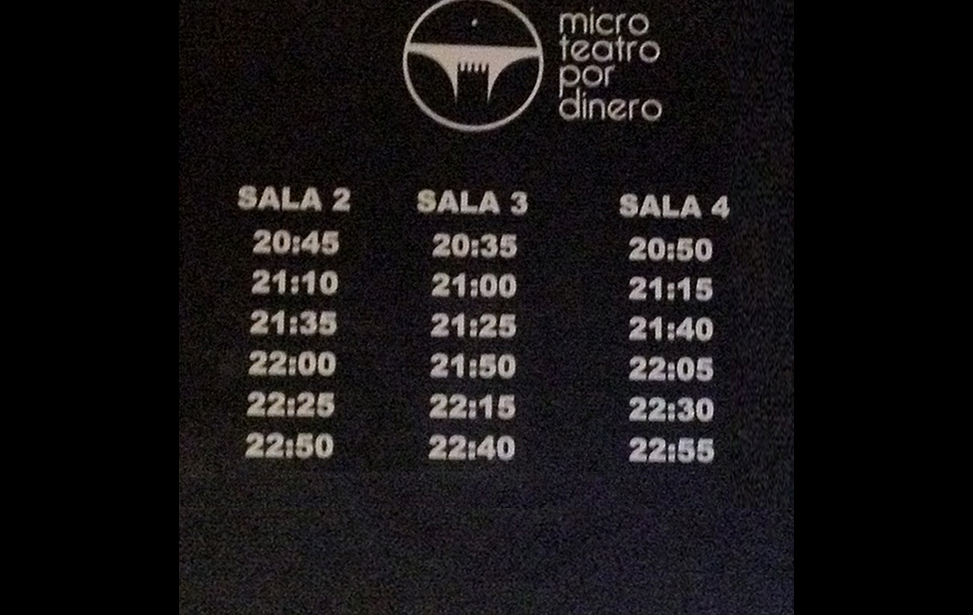 MADRID, SPAIN - Whoever thought going to the theater was something you couldn’t do too often because of its high price, well, think again. Micro theater for money (microteatro por dinero) is a concept that has been entertaining people in the heart of Madrid for two years and it is working like a charm.

As the name implies, it is about small plays, at a small price in a small venue. Last year going to see one of these plays cost 3 Euros. Now it is four, but that is still a very friendly price. The plays are 12-15 minutes long and the small rooms they are held in usually accommodate up to 15 people. The sitting arrangement of the audience is up to the director of the play; sometimes they are asked to sit on short stools, tall stools, or other times they are asked to stand.

There are five small rooms, which means 5 plays are running at the same time. It is quite a challenge for the actors since they only have a few minutes, literally, after their audience has left the room until the next one gets escorted in.

Kike Guaza, one of the actors, said the fast pace was a curse and a blessing at the same time. “A blessing in the sense that if you see something is not working, you can change it for the next showing and you will see how people react to the change. On the other hand, having five minutes to recover from one performance and start fresh on a new one can be exhausting.”

The Micro theater for money concept has been a success since its birth. One reason might be that even though Spain is enduring tough economic times, spending three or four Euros is quite affordable. Word of mouth has also played a big part in its success.  Many famous people (either film directors, actors or writers) have been showcased at “Microteatro” and their friends come to see them. This is a real treat for the general public.   They come to enjoy a show at a very low price and at the same time, they might even see a few celebrities.

The place is always thriving, the “theater rooms” are downstairs, and on the main  floor you’ll find a bar and the ticket booth. Many people will go and see two micro-plays and during the fifteen minutes between shows, they will have a drink.

The program runs for one month and then five new micro-plays are shown. They are always open to new projects, visit the website to learn more.

Photo 2 Timetable of the micro-plays. Courtesy of Gabriel Beitia.