Deniz Kaprol: Jewelry Of The Beyond 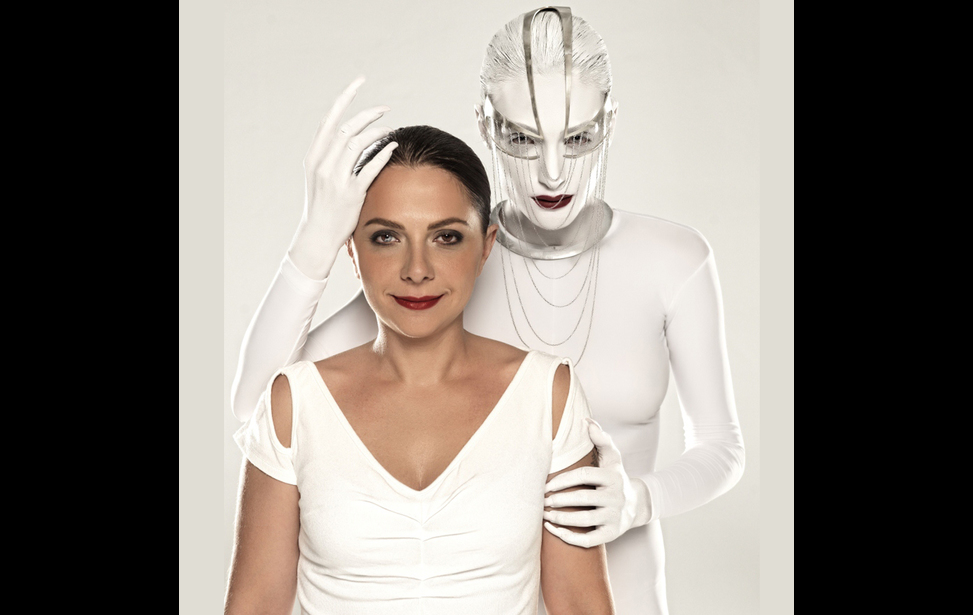 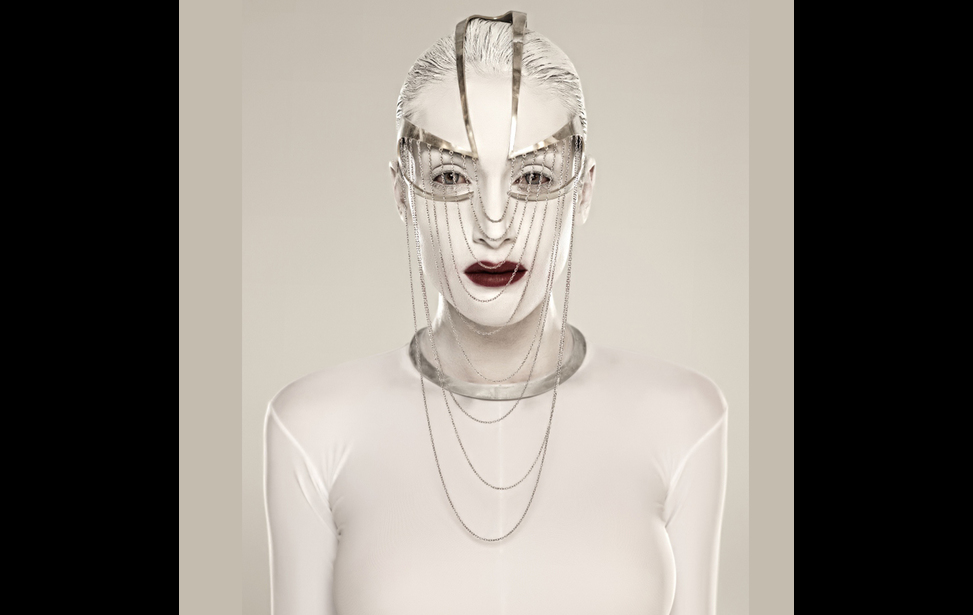 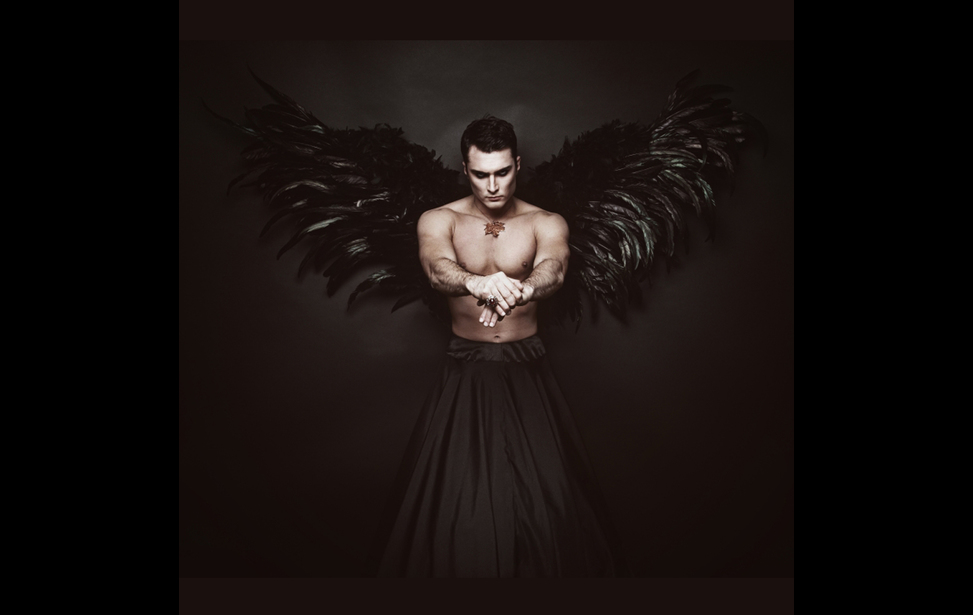 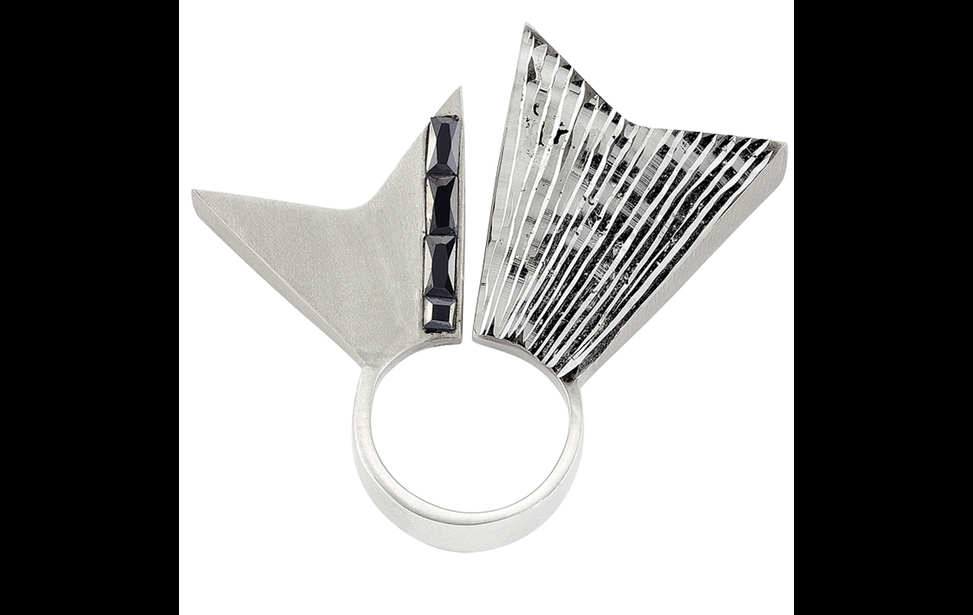 ISTANBUL, TURKEY – “I’m quite an ordinary person. When people meet me, they wonder how I can look so ordinary,” says jewelry designer Deniz Kaprol (as seen in Photo 1). Yet appearances aside, Kaprol is anything but conventional. One of Turkey’s most inventive jewelry designers, she creates stunning, wildly creative collections that seem worlds apart from her regular-gal persona. As the only jewelry designer to have participated in Istanbul Fashion Week so far, she has wowed audiences with surreal, avant-garde presentations that are more like performance pieces than fashion shows.

“I go totally into myself and create a world. I don’t know how I do it, but I do it,” says the designer, describing her creative process. Kaprol says she is uninterested in “trends;” she draws inspiration from interior states of mind, surrealism and “the beyond.”

Kaprol established her Istanbul-based “haute couture jewelry” label dKaprol in 2004 and initially differentiated herself through her choice of materials. Instead of gold (traditionally more highly prized in Turkey), she chose to work with silver – which she considers “younger, more modern and more versatile” – along with precious and semiprecious stones.

Her entry into Istanbul Fashion Week (IFW) in 2011 established her reputation as a visionary. “No other designer jewelry brand has done a fashion show like this, alongside prêt-à-porter brands. We were the first,” she says – not only in Turkey, she believes, but in the world.

At IFW in September 2011, Kaprol presented her dazzling show “Chateau.” Ghostly models in all-white bodysuits, white face makeup and silver headpieces (as seen in Photo 2) wore or held life-size, 3-D representations of body parts and internal organs – a breast, a heart, a ribcage, a tailbone – rendered in bronze, plated with silver and studded with Swarovski Elements crystals. In the center of the catwalk, a young man lay motionless on a bier-like platform ringed with coils of neon tubing as the models carried the “jewelry” pieces around him. The show, which Kaprol says was meant to embody the subconscious thoughts of the man asleep in the center, offered a meditation on the internal and external aspects of the self.

“Fallen Angels,” which she presented a season prior, in February 2011, was less conceptual but no less captivating. Bare-chested male models, all wearing flowing black skirts and some sporting elaborate wings (as seen in Photo 3), exhibited a collection of chunky geometric and architectural-looking necklaces, rings and other pieces in silver plating and Swarovski crystals (as seen in Photo 4). Each model represented a particular demon or fallen angel from the Abrahamic religions.

Kaprol sees fashion week as an opportunity to reveal her most creative visions, but she is quick to point out that the pieces in her shows are not meant to be reproduced en masse – or even, in the case of “Chateau,” to be worn at all.

Every artist has to make a living, and Kaprol – who originally studied women’s wear design at New York’s prestigious Fashion Institute of Technology – has also spent over a decade designing more commercial collections for well-known Turkish jewelry brands including Goldas and Zen Pirlanta, as well as for jewelry companies in Hong Kong.

Kaprol recently ended her consultancy projects for other brands, however, in order to focus more fully on her own work. She is currently preparing a show for IFW in October 2012 based on an idea she’s been thinking about since childhood.

“I can’t live without it,” says Kaprol, lamenting the curse of the creative person. “I have this imaginary world and I want to share it.”

All photos courtesy of Deniz Kaprol