Tales Of Art And Death 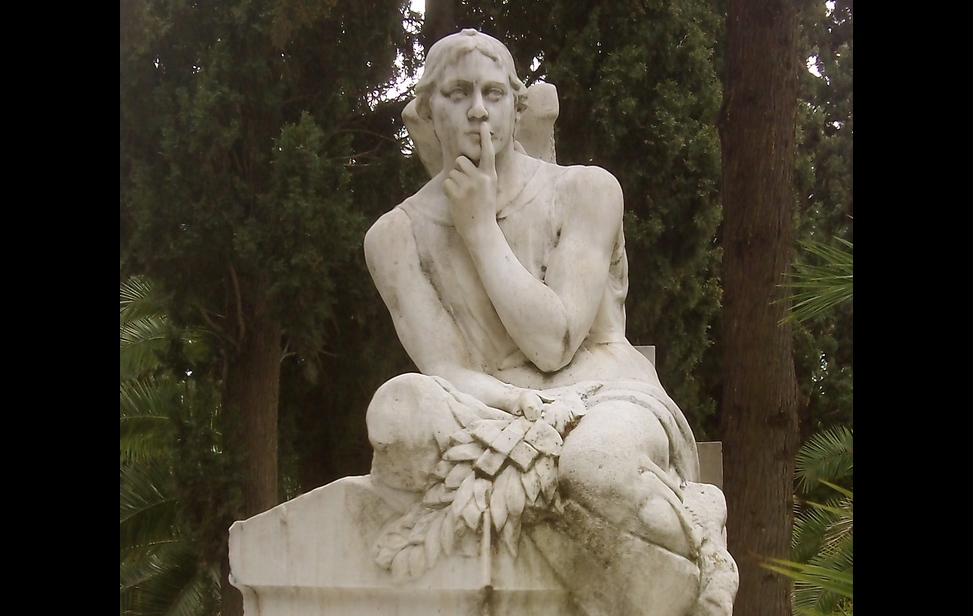 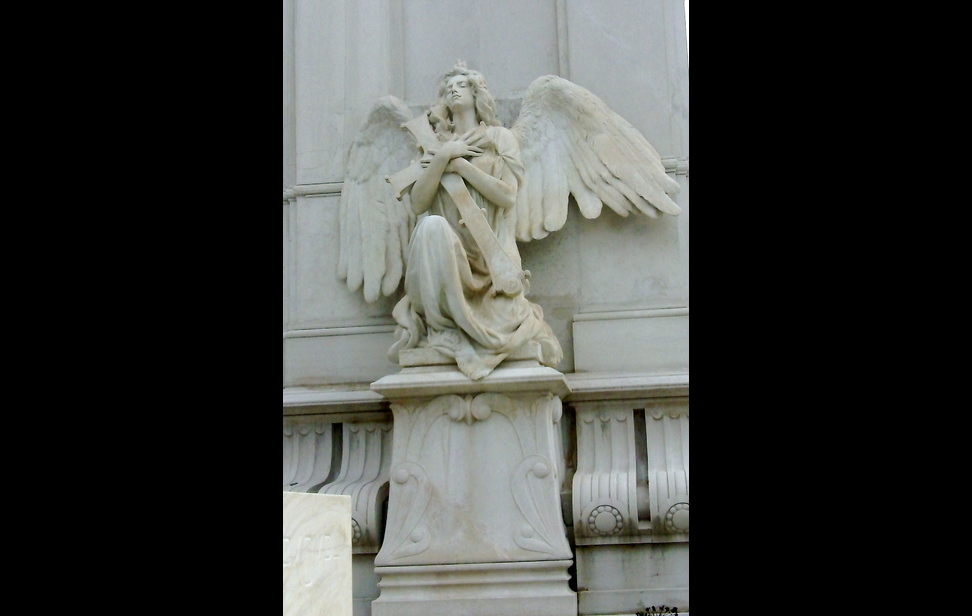 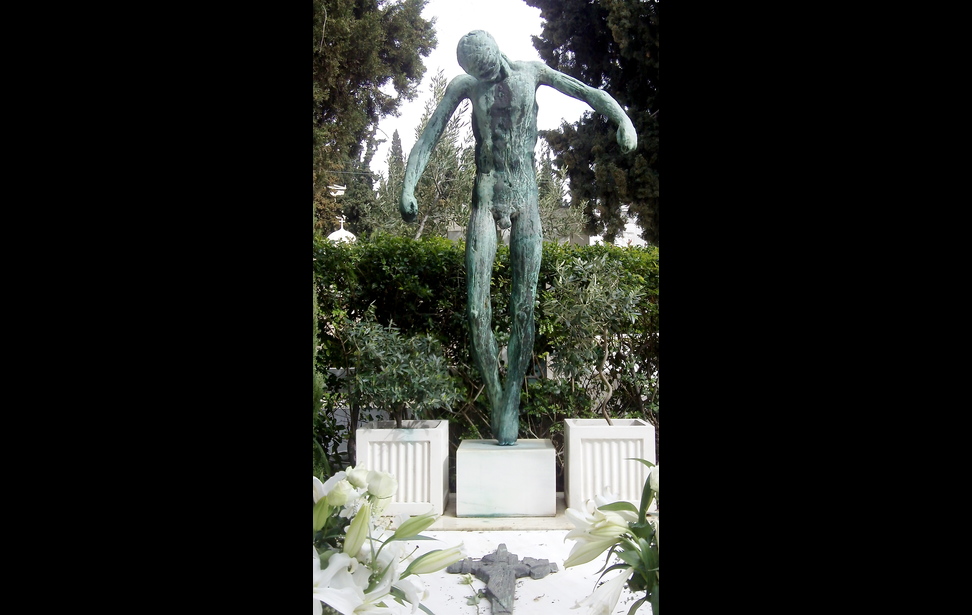 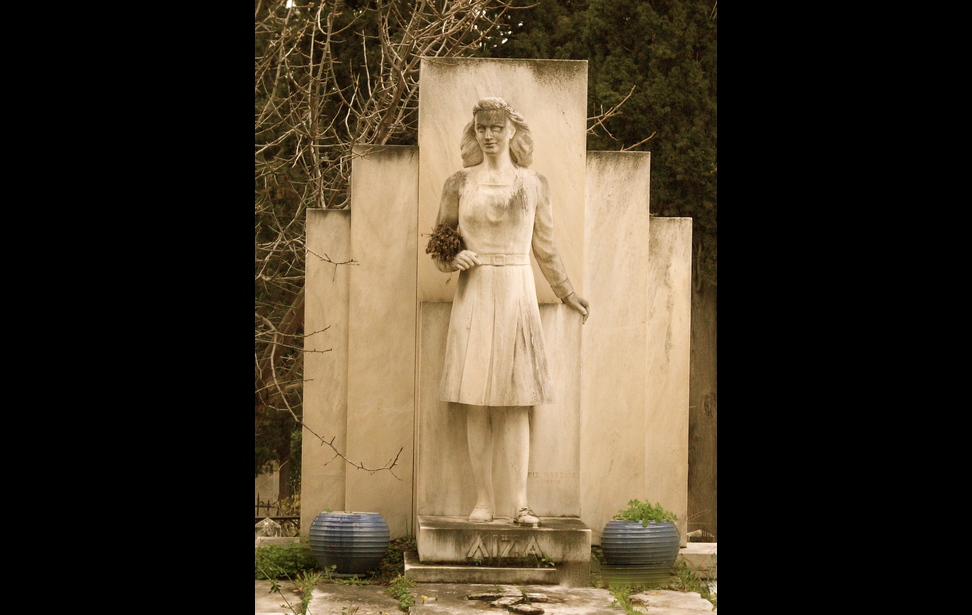 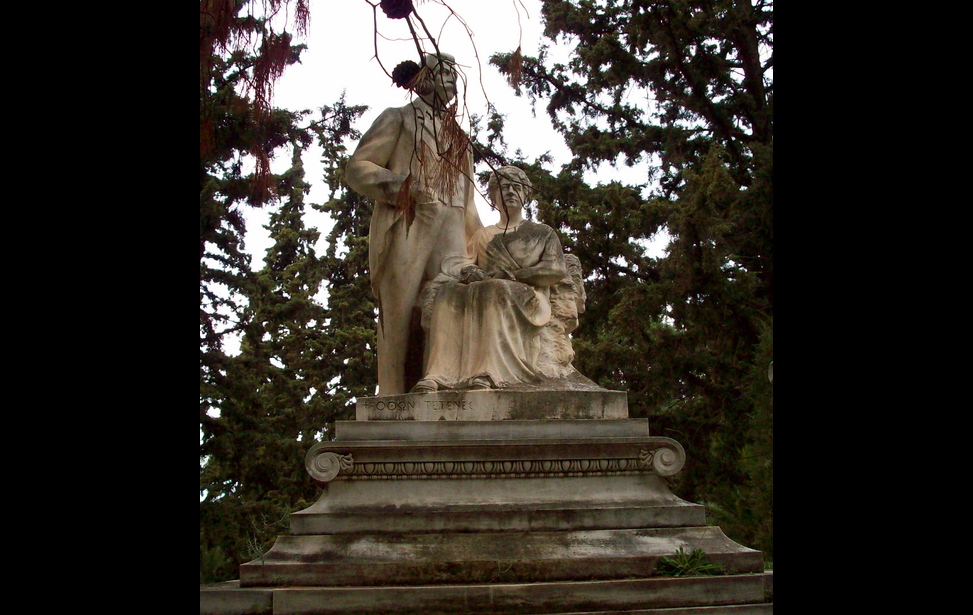 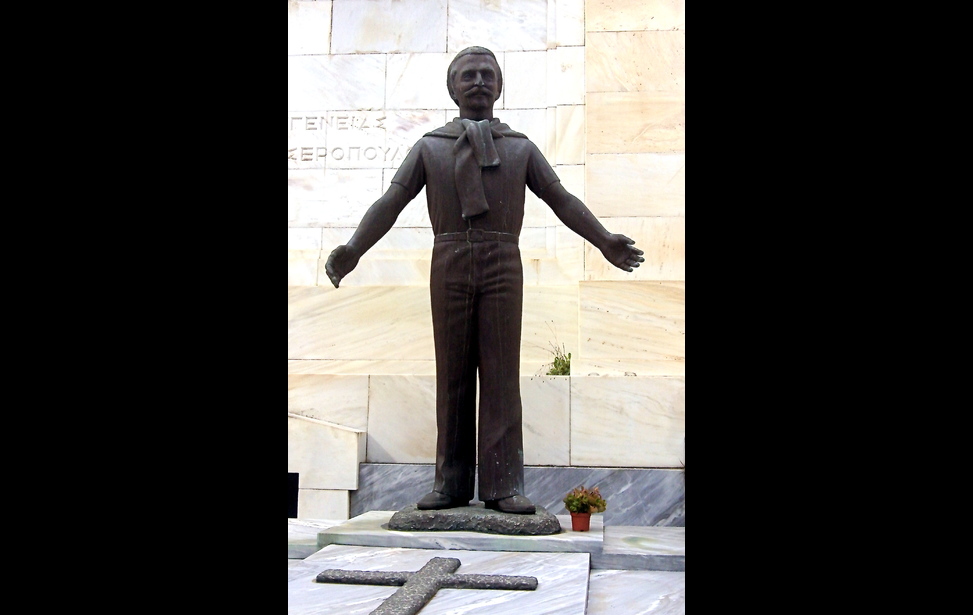 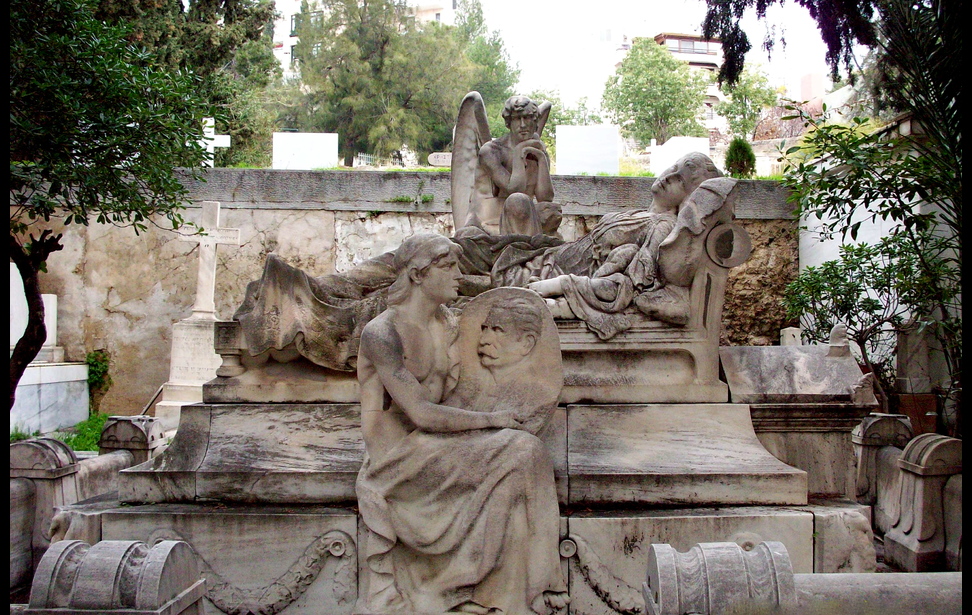 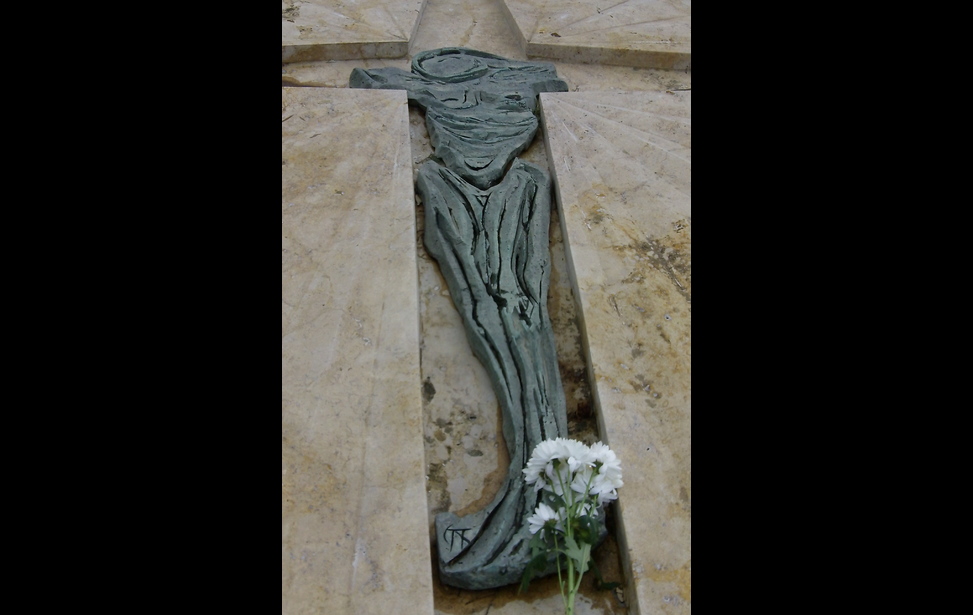 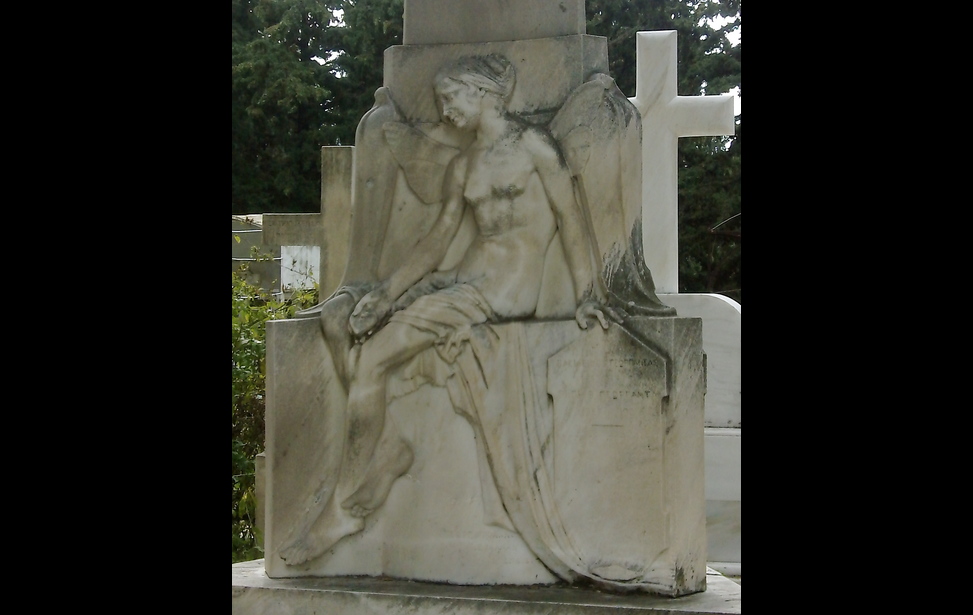 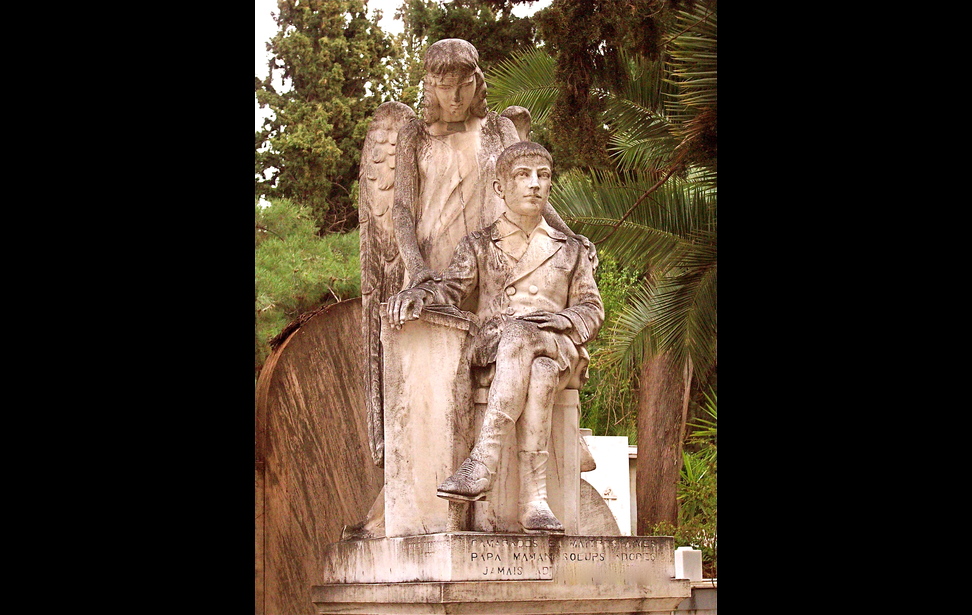 The 1st Cemetery of Athens’ funerary art in need of preservation

ATHENS, GREECE -- Legend has it that one of Greece’s greatest modern sculptors, Yiannoulis Halepas, went mad when he realized the sculpture of 18-year-old Sophia Afentaki was far from perfect. In a state of disbelief he admitted his talent had failed him… the legs of his model were slightly bent as she slept but should she stretch them out the bed would be too short.

The beautifully fluid work of art in marble is on show (as seen in Photos 1 - 10) in the country’s largest outdoor sculpture collections: the First Cemetery of Athens.

The Greek capital’s oldest resting ground was opened by royal decree shortly after the establishment of the Modern Greek state in the mid-1830s. It houses the creations of some of the country’s finest sculptors, who crafted funerary monuments in marble or metal that would keep the memory of those laid to rest alive for centuries thereafter.

Situated in the heart of Athens, at the end of Anapafseos Rd (Road of Rest) amid towering cypress and pine trees, the necropolis (Greek word meaning ‘city of the dead’), is the final resting place of all those who left their indelible mark on Greek history over the last three centuries, whether Orthodox, Catholic, Protestant or Jewish.

Today, many of these works of art are dying a slow death. Athens’ notorious smog, the elements, and time have all ruthlessly taken their toll on the monuments. In efforts to draw attention to the problem and at the same time find means to support conservation efforts, Athens Mayor Giorgos Kaminis brought the cemetery to the attention of the World Monuments Fund (WMF), a New York-based watchdog aiming to preserve important architectural and cultural heritage sites across the globe. The First Cemetery of Athens was placed in the 2012 World Monuments Watch due to its historical importance.

“The site is emblematic of many urban cemeteries around the world that are facing problems of long-term preservation and maintenance,” Erica Avrami, Director of Research and Education at the World Monuments Fund, points out.

“These are important cultural resources, as well as vital urban open spaces that can be reintegrated into the life of the city through conservation efforts,” she concludes.

All photos courtesy of Maria Paravantes