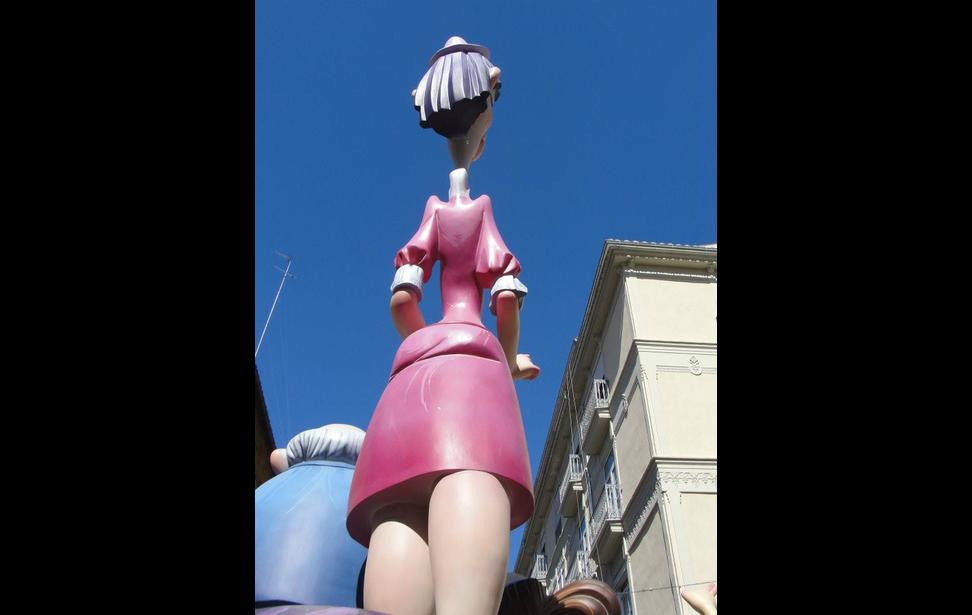 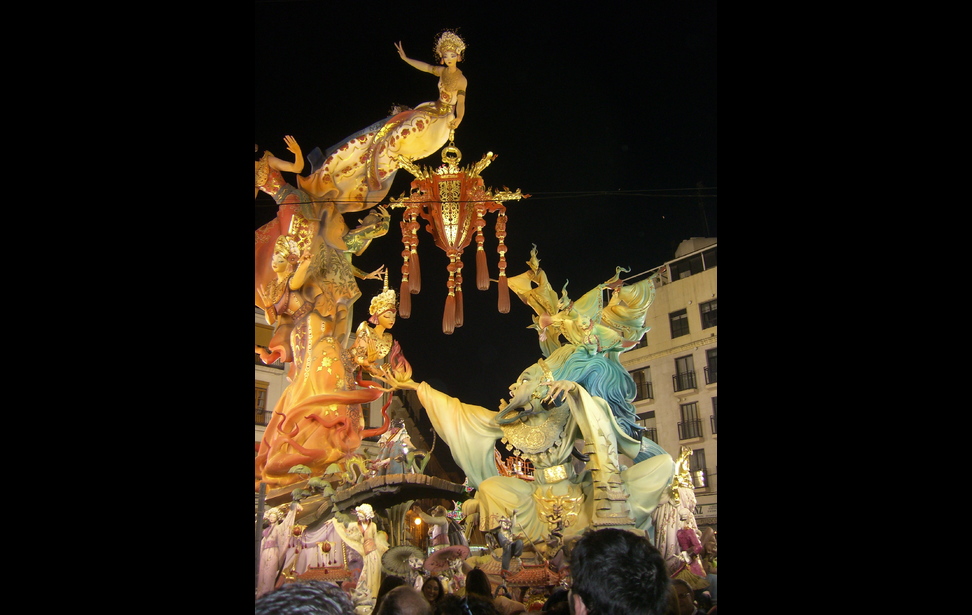 VALENCIA, SPAIN - Everybody has heard about the running of the bulls in Pamplona, in the north of Spain. But just as impressive and exciting is the festivity of Las Fallas, in Valencia, on the East coast of Spain. It is a feast for the senses, especially sight and hearing.

They honor the patron saint of the city, San José, on March 19th, the big day of these “fiestas”. Every March the city gets dressed to the nines and shows the hundreds of thousands of locals and tourists what they have been working on for a year, the “fallas”.

What exactly are the fallas? They are highly sophisticated sculptures of  paper-maché (as seen in Photos 1 and 2), engineered in such a way that when they burn, they will collapse in a safe manner. Now, wait a minute, they are burning down to the ground?

Yes, all of them except for one are set on fire at the same time in the streets of the city on the last day of the festivities. Real works of art are reduced to nothing in a matter of minutes; tall sculptures, some of them as high as 30 foot, some representing current headlines such as corrupt politicians going to jail, the bankruptcy of Greece or the latest pop sensation. All of these well-crafted statues are burnt every March 19th when the sun has set. The week prior to this date, Valencia becomes a live museum with fallas in each street intersection.

Another leading actor in these festivities is the constant sound of exploding firecrackers. From children to the third age generations, everybody throws firecrackers to the ground, which explode.

But for the real deal, the Godzilla of all firecrackers, we have the “Mascletá”, an eye opening show of fireworks and firecrackers held in front of the town hall the middle of the day. Within a properly locked cage, they set off a barrage of coordinated fireworks.

All of these amazing and jaw dropping delights follow in the tradition and religiousness of the dates. On March 17th and 18th, the “falleras”, dressed in their colorful traditional costumes and carrying bouquets of carnations will flock to the Plaza de la Virgen where they will deposit the bouquets on a wooden silhouette of the Virgin. It is incredible how far from the Plaza one can smell the aroma of those thousands of flowers.

So next time you are planning where to go, what to do, what to experience, put Las Fallas on your list. Notice that talking about Valencia, we didn’t even mention the paellas, but rest assured that in Paella land, it is very easy to enjoy a wonderful one at any restaurant.

All photos courtesy of Gabriel Beitia