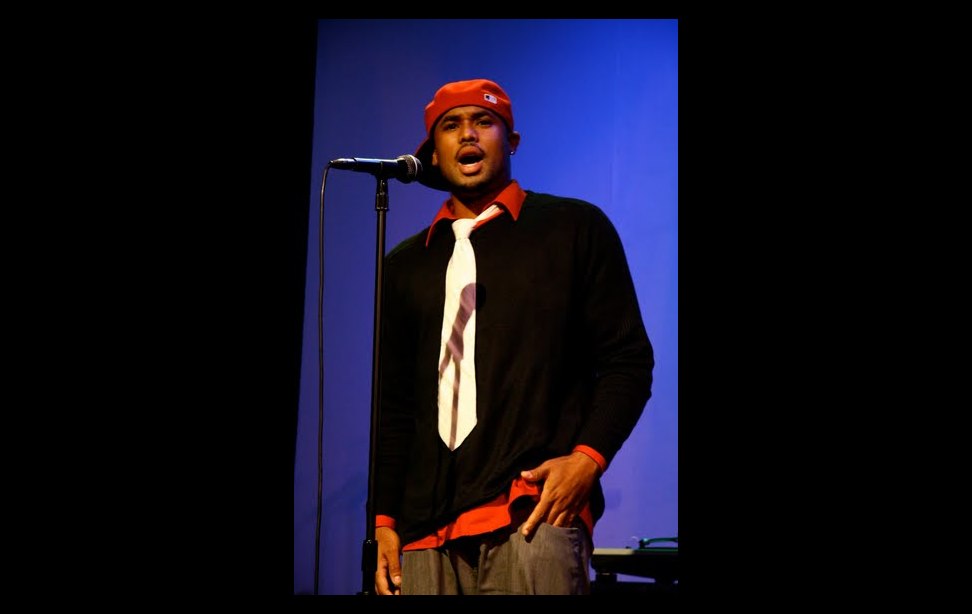 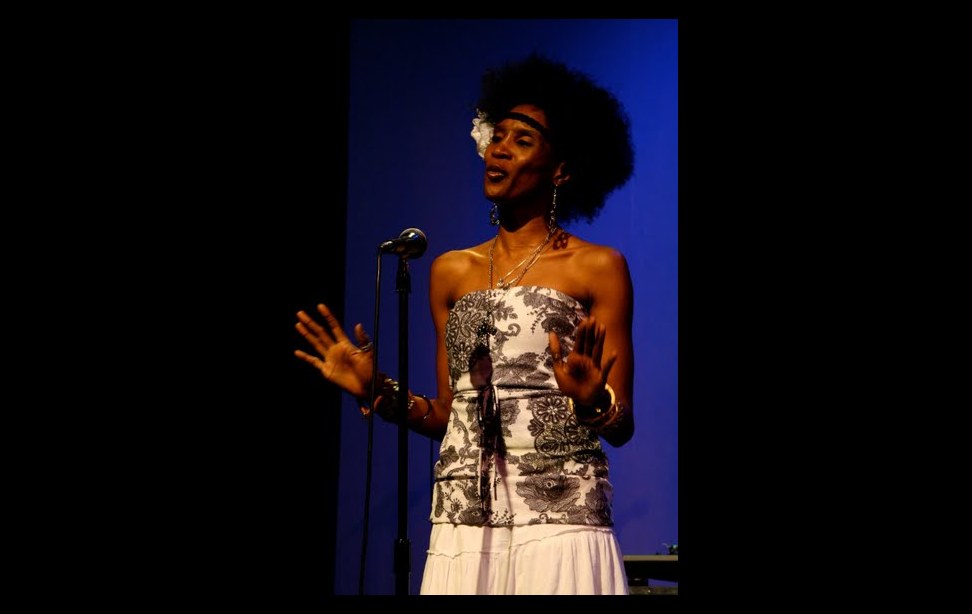 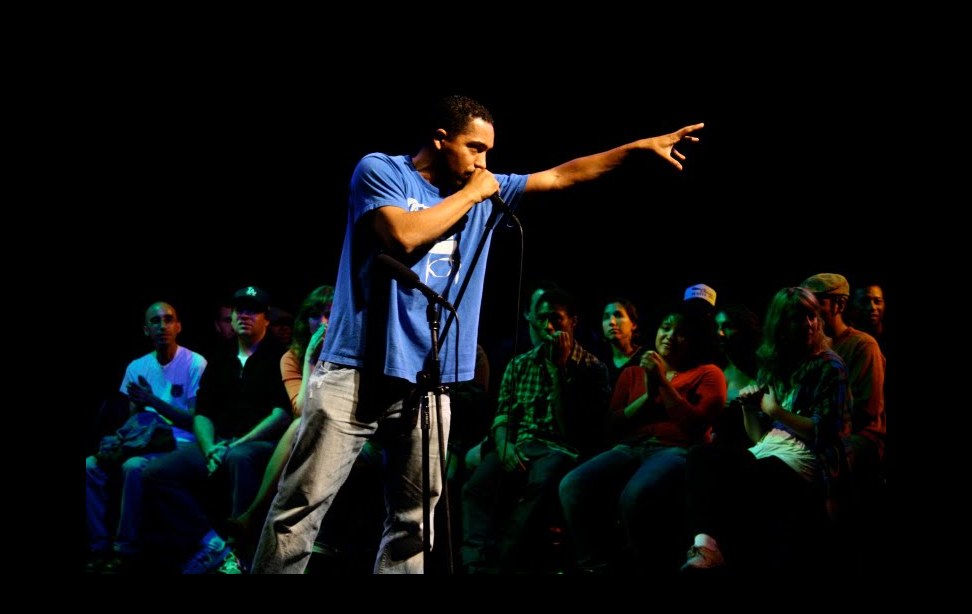 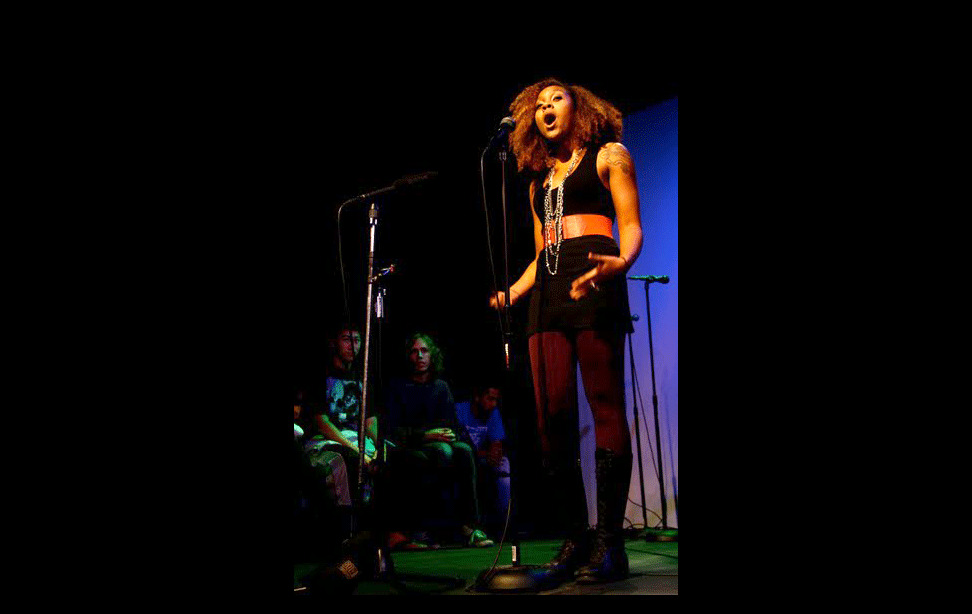 Week long festival in the heart of Los Angeles, educating, inspiring, and entertaining every summer

LOS ANGELES -- Every summer the epicenter of the national spoken-word universe basks beneath the cool summer breeze in Los Angeles, California, and shouts inspiration from the stage and classrooms of the Greenway Court Theater. For one week in July, (July 11-14) Greenway Arts Alliance, in partnership with Da' Poetry Lounge, welcomes people from all four corners of the United States to Inkslam, L.A.'s premier poetry festival. During this exciting week, Greenway Court Theater features performances by spoken-word dignitaries and newcomers alike, creative workshops, seminars, and classes. The event concludes with teams from cities across the nation competing for bragging rights and grant awards in the Inkslam Finals.

In 1998 Whitney Weston and Pierson Blaetz, two local theater producers approached Fairfax High School with a community-fundraising proposal during a time of tough State budget cuts. The team put together the Melrose Trading Post, an open-air market/swap meet at the corner of Melrose Ave. and Fairfax Ave. The concept was an immense success and soon evolved into a monthly, and finally, a weekly event.

Through a friendship cultivated playing hoops, Pierson agreed to open an abandoned maintenance facility on the Fairfax High School grounds to Poetri, Shihan Van Clief (as seen in Photo 1), Dante Basco and Brutha Gimel Hooper, the founding members of Da' Poetry Lounge. The troupe first held court in a living room in 1998 and the showcase rapidly evolved into a standing room only event appearing in local theaters across Los Angeles. Within two years, the break away phenomenon needed a home; through the groups' strong bond with Pierson and their desire to fuse education and the arts, the foundation was laid for the Greenway Arts Theater.

Da' Poetry Lounge's success snowballed (now in its 13th year, with over 200,000 inspired, Da' Poetry Lounge is one of Los Angeles' most prolific theaters) and in 2008, with Director of Communications, HeavenNezCree and Producing Director, Dan Friedman, Greenway Arts Alliance created the Inkslam Poetry Festival. InkSlam offered the public the opportunity to attend workshops and performances by the nation's top-ranked spoken-word artists, as well as a front-row seat while teams from as far as New York City, New Orleans, Charlotte, and Philadelphia compete in a final showdown on the Greenway Court Theater stage.

Teams from the east, west, north, and south compete in monthly slams until September and narrow the pool to 150 competitors. In March, the remaining teams compete for top placement in the semi-finals. The teams who remain strong through March will face off during April's finals to determine the top five teams that will travel to Los Angeles for Inkslam 2012. The finalists, as well as luminaries in the spoken-word world, conduct workshops that are open to participants in the Inkslam Poetry Festival. Rich, energetic, learning environments dominate the Greenway Court Theater during Inkslam and feature unique, inspired instruction on diverse topics, such as Poetry as Therapy, Poetry in the Classroom, The Business of Spoken Word, and Performing the Poem.

The festival produces showcases during the weeklong festivities: challenging, heart-wrenching, and irreverently hilarious performances by some of the most acclaimed artists in the country. 2011's Inkslam featured: Ink'd Out – a showcase of the many talented voices of the LGBT+ community, featuring Daphne Gottlieb, Tristan Silverman, Edwin Bodney and Madison DiNapoli, the compelling and intimate showcase, Storytellers – an evening during which Los Angeles' finest storytellers spin the fantastic, the fictional, (or so we are told) and the ludicrous for a night that is never the same twice, and Femme Fatale – Ladies of Poetry featuring some of New York City's hardened veterans and fresh new faces, with Rachel McKibbens headlining the performance.

This summer's Inkslam welcomes Mahogany Brown, the curator of the NYCafe.  Mahogany is a Cave Canem Fellow, the editor of the women’s anthology His Rib: Stories, Poems & Essays by HER  and the author of several books including her latest book of poems, Swag. Mahogany bridges the gap between lyrical poets and literary emcee. She facilitates performance poetry and writing workshops throughout the country, focusing on empowering women and mentoring youth while publishing for Penmanship Books, a small press for performance artists.

Prentice Powell, the 2010 East Bay Express "Best Poet," will also be performing at Inkslam 2012. Prentice became the 2007 spoken word artist of the year at the Black Music Awards and in 2006 won the title of Oakland and S.F Grand Slam Champion. He has worked with communities in London, Amsterdam, and South Africa and can be found at Hot Water Cornbread's Mouth Off Wednesdays in Oakland, Ca.

The Inkslam Poetry Festival takes place from July 11th-14th and tickets are available through Inkslam.org. This, high-energy, all-star cast of performers and educators come around only in the lovely, languid days of summer, don't miss it!