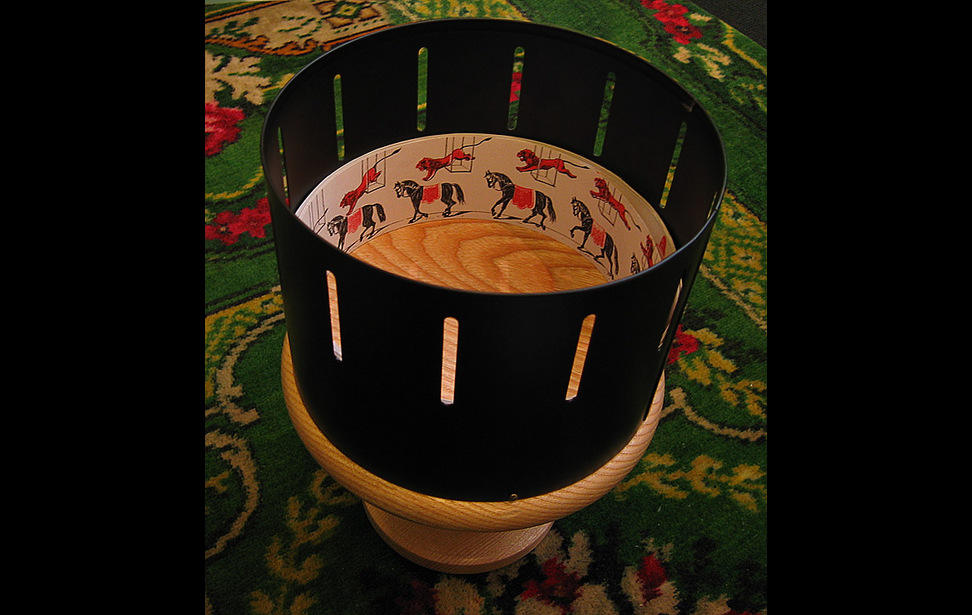 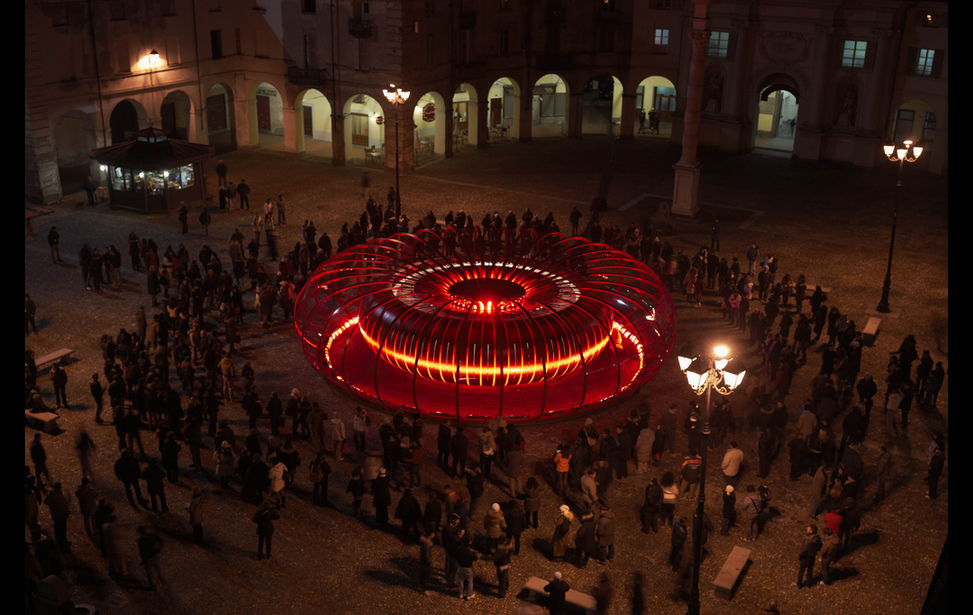 If you've ever seen a flashy car advertisement with a moving sequence that appeared to project outside the glass window of a subway car, you were witnessing a modern form of the zoetrope. Originally, a zoetrope was a simple Victorian parlor toy (as seen in Photo 1) catering to a surging demand for optical devices and illusionary wonders.

The zoetrope is a mechanical device that produces the effect of motion through a rapid succession of static images, seen through the slits in a rotating cylinder. The sequenced drawings or photographs lie beneath the slits on the inner surface of the cylinder, and as the cylinder spins the viewer looks through the slits at the opposite side of the interior. This scanning action prevents the images from blurring together, and the viewer is treated to a repeating motion picture.

Among other early animation techniques such as the flipbook, the zoetrope shows groundbreaking knowledge of the basic idea behind moving sequences: when individual frames in a sequence are viewed quickly enough, the human eye cannot see the staccato jumps between images. This basic idea is the foundation for advanced animation techniques, stop motion animation, and film.

We see evidence of an interest in animation sequences as far back as our own origins. Some cave paintings make use of storytelling through “comic strip” chronological sequences. In China in 180 A.D., the inventor Ding Huan created a device which spun sequential paintings through the rising heat from a lamp. They appeared to move when viewed at the right speed. He called it “The Pipe Which Makes Fantasies Appear.”

The cylindrical zoetrope was invented in 1834 by William Horner, who originally called it the Daedalum—the wheel of the Devil. It became popular some thirty years later when it emerged under a new patent and name, from the Greek words "zoe"--life, and “tropos”--turn.

The development of this device continues today, especially in the form of the linear zoetrope. It operates according to the same principle as the traditional model, and consists of illuminated images behind an opaque linear screen with thin vertical slits cut into it (as seen in Photo 2). By moving past the display, one experiences the effect of a motion picture. The linear zoetrope has become a commercial success today in large part due to the efforts of an astrophysics graduate student named Joshua Spodek, who first pinpointed the ideal venue for this system: the underground subway system.

Though Spodek's first debut took the form of an advertisement in the Atlanta subway system, he has also helped develop a resurgence of zoetrope-related art. Through its Arts for Transit program, the New York City MTA has hosted two linear zoetrope art installations created by students working with Spodek—Bryant Park in Motion, and Union Square in Motion.

Another modern form of zoetrope consists of three-dimensional scenes or forms on a rotating turntable, arranged in a chronological sequence as before. Usually a strobe light is used to prevent visual blurring, adding to an immersive, dazzling overall effect.

The animation studio Pixar balanced the line between advertising and art through its 3D zoetrope featuring the characters from the movie Toy Story, which was first shown at the Museum of Modern Art in New York but also made appearances in theme parks like Disneyland. In today's creative art and commercial world, this ancient technology has found a fascinating niche.