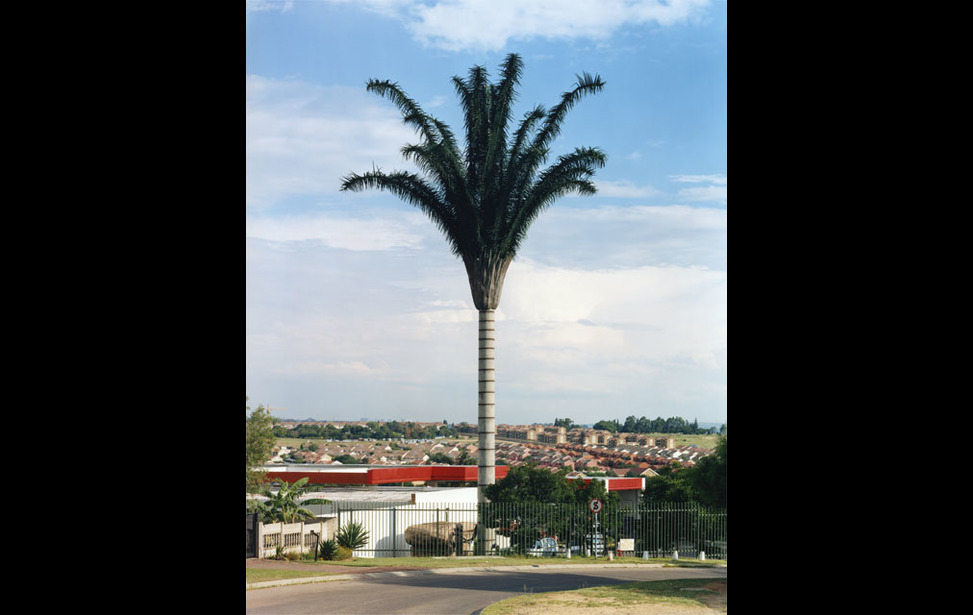 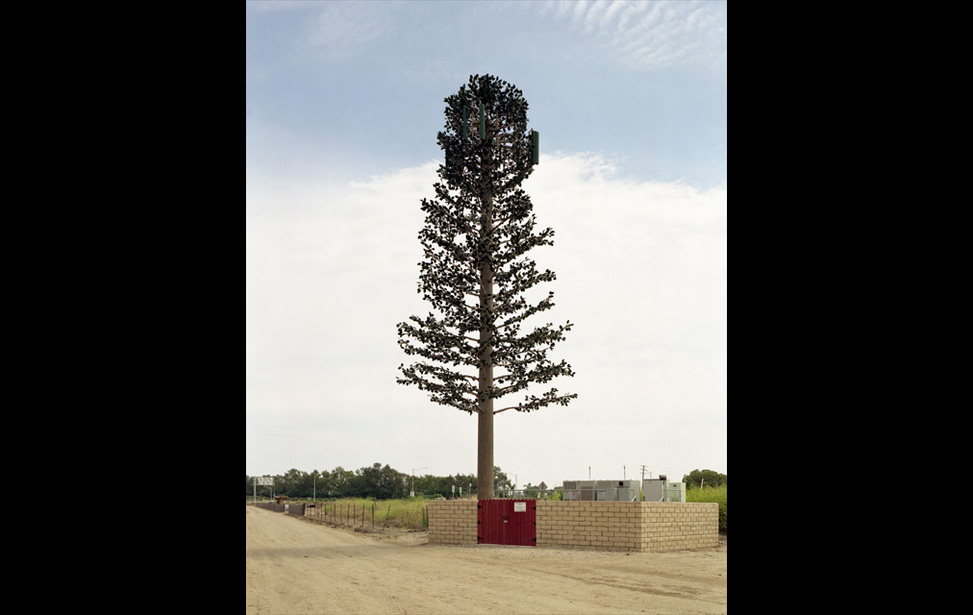 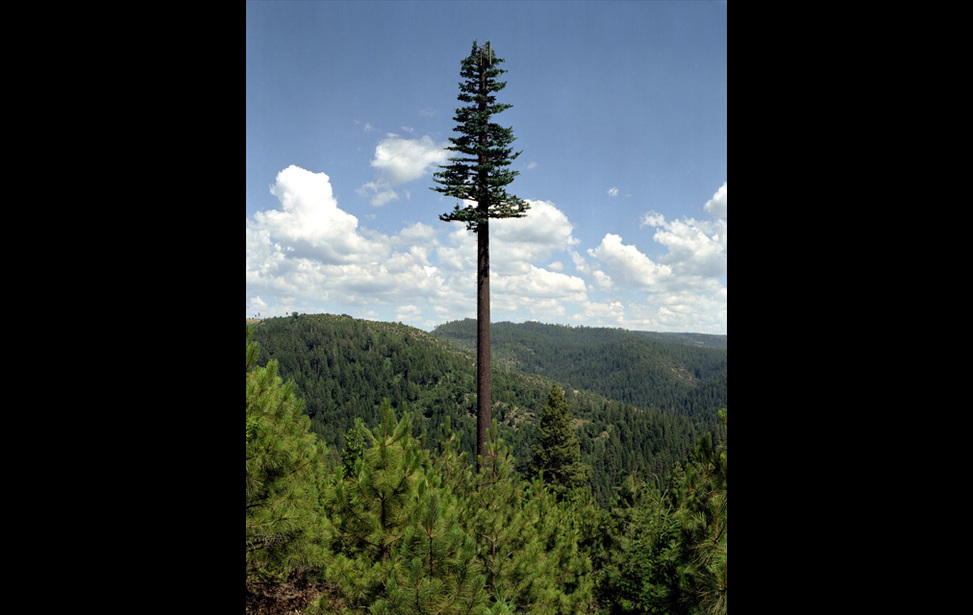 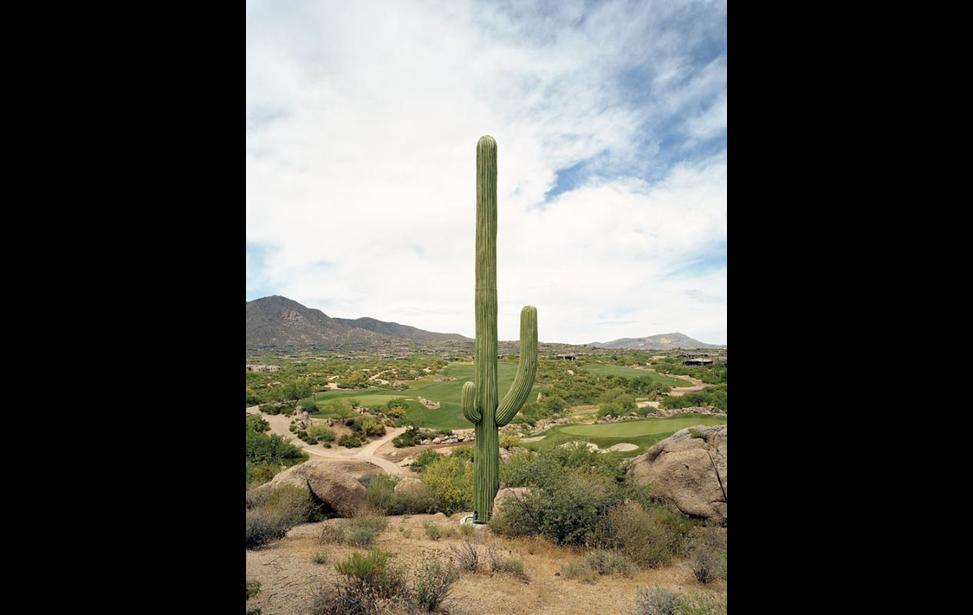 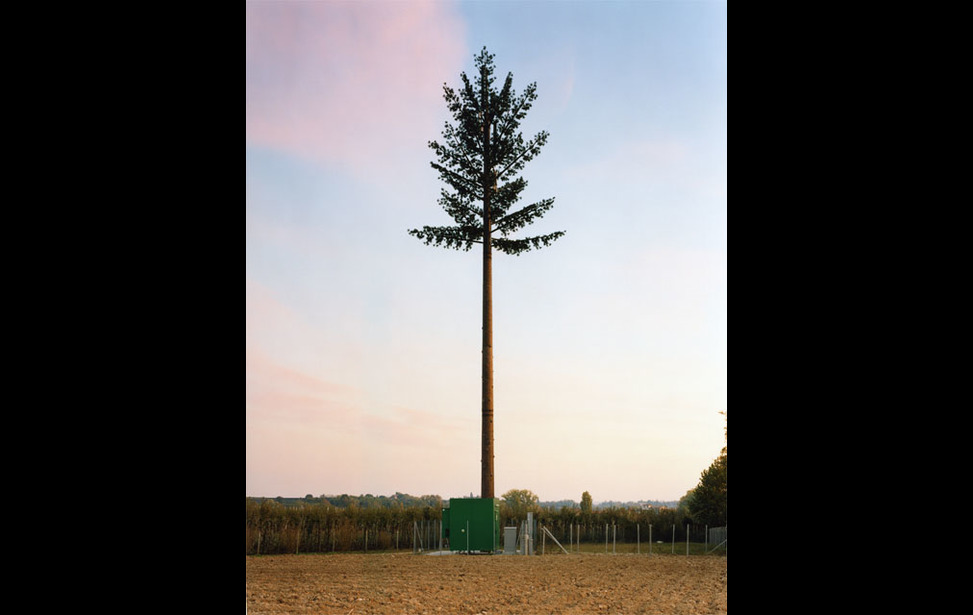 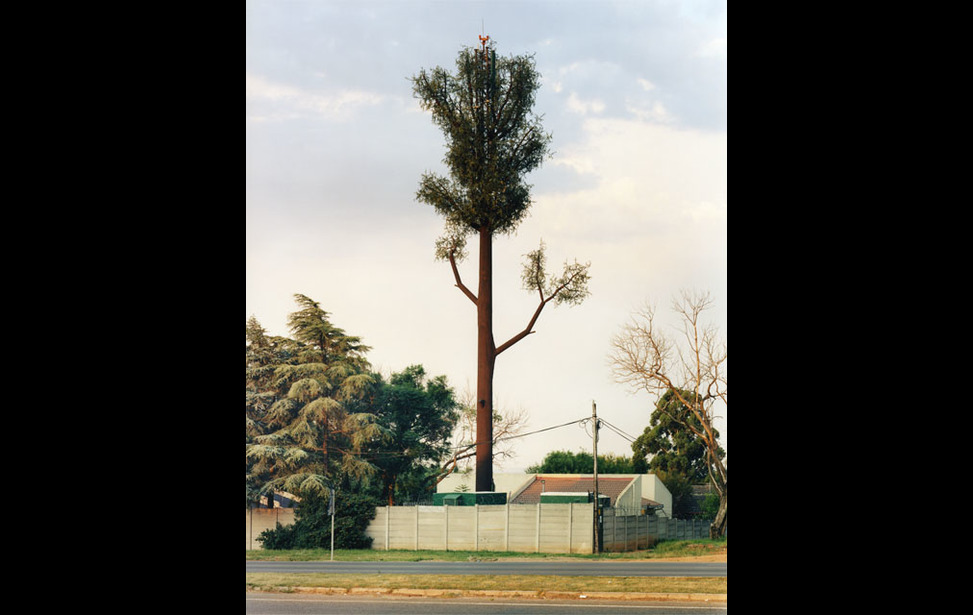 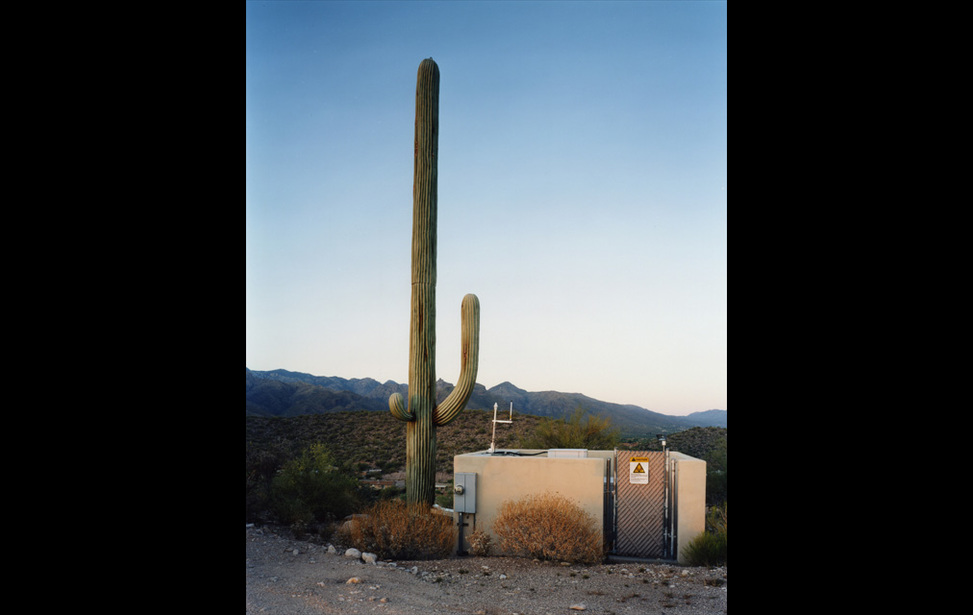 GERMANY -- Mankind has been controlling and even creating their own idea of nature for many decades now. That this can sometimes lead to absurd results is shown by New Trees, a series of photographs by German-based photographer Robert Voit.

Voit has been travelling around the world for years looking for cell towers disguised as trees (as seen in Photos 1 - 7). The increase of cellphone use and therefore the need of perfect reception anytime anywhere has led to an increase of towers all over the globe. Considering that the height of these towers can go up to 200 feet, most people don’t really like the sight of a metallic gray mast in the middle of their otherwise green and scenic surroundings. The solution?  Disguise the towers as super tall, hybrid-like cacti, palm trees, cypresses or whatever trees you want. You name it, telecommunication companies have got it

Robert Voit has always been interessed in seeking the artificial in the natural and he tries to capture the opposition of people and nature in his photographs. In New Trees Voit shows exactly that: a too perfect, artificially created piece of nature desperately trying to look real but therefore coming across even more absurd. The perfect documentation of this absurdity are Voit’s photos of cellphone tower trees surrounded by fencings or protective barriers because the objects are way too valuable to left open.

The straight, non-manipulated approach of the photos is typical for Voit’s work. Born in 1969 in the German city of Erlanger, he studied photography in Düsseldorf where he was highly influenced by Bernd and Hilla Becher. The Bechers, also of German origin, started their conceptual and analytical documentation of the German industrial past in 1959 with a series called ‘Ruhr Valley’. Ever since, the raw, minimalistic and systematic style of the Becher school has influenced new generations of documentary photographers.

Though he certainly ‘pulls a Becher’ with his analogue-shot (for the detail freaks: he uses an 8X10 view camera) typology of fake trees, Voit sees this series more as a satirization of the Becher school’s strict typological corset. Where the Bechers documentated the unusual beauty of practical, unnatural objects, Voit shows us unnatural objects trying to be natural in their unnatural  surroundings; An irony that not only puts a little smile upon one’s face but also brings up a lot of questions about how, and if, technology and nature can exist at the same time in the same place.

Besides his photographs of  cellphone tower trees, Robert Voit has an extensive oeuvre that was on display in galleries and museums in Europe, the USA and Asia. In 2010 he was named artist in residence of the La Brea Matrix in Los Angeles. Throughout his career, Voit has been rewarded with a considerable amount of awards and grants, including the European Architectural Photography Prize in 2003 and the German hausderkunst Prize in 2004.

A 38-paged book consisting of photos of the New Trees series was published by Verlag Walter Storms under the name ‘Some New Trees’.