Out Of The Garbage And Into The Light: Shadow Art By Tim Noble, Sue Webster, And Fred Eerdekens 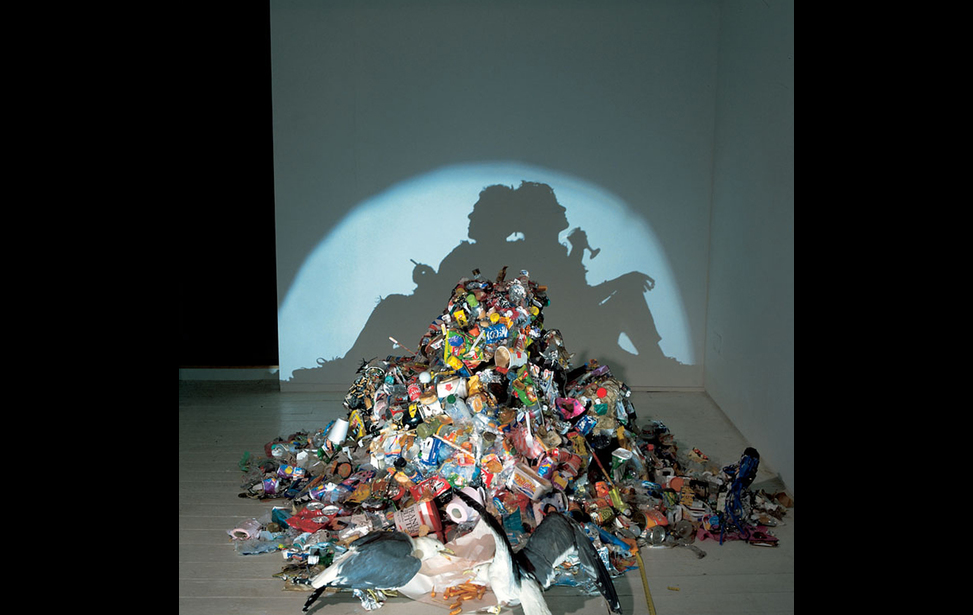 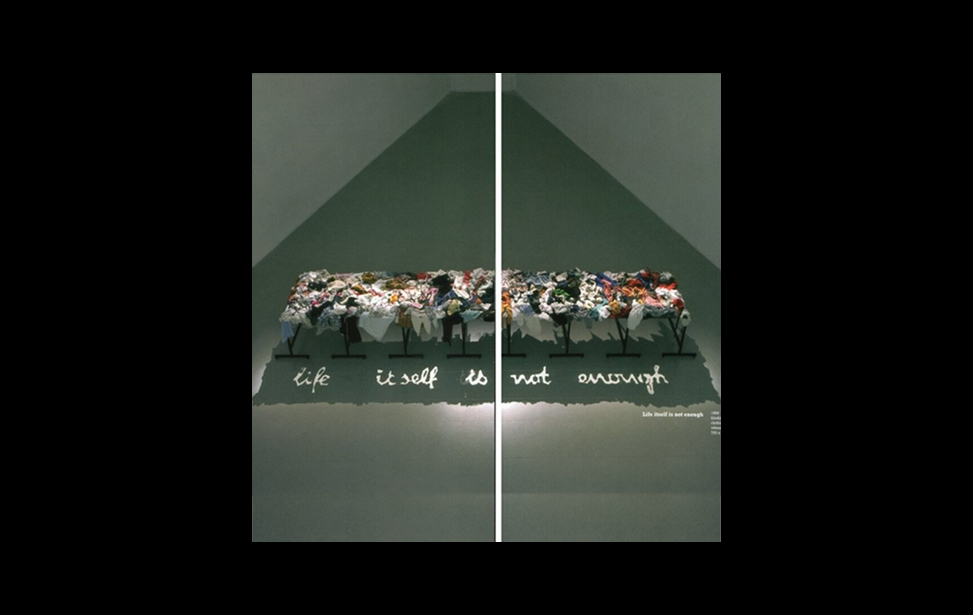 GREAT BRITAIN and BELGIUM -- “Our work is incredibly unsocial. There has to be complete darkness because you need to give the light and then take it away again.” So says Sue Webster, a British artist who collaborates with partner Tim Noble to create elaborately realistic cast shadows from piles of detritus.

The pair developed their signature imagery in 1997 by experimenting with aggregates of household trash, personal items such as broken sunglasses and rock band pin badges, fast food containers, scrap metal, and taxidermy animals. By shining lights on these mounds of rubbish, they discovered that they were able to manipulate the shape of the cast shadow on the wall. The final effect is hyper-realistic silhouettes that are seemingly disconnected from the forms that cast them. At first glance it's tempting to look disbelievingly around the gallery for the “real” object or person that is casting the shadow.

Discarded materials lend themselves well to Tim Noble and Sue Webster's “antiaesthetic” of amusing, irreverent, and often disturbing imagery: rats mating, urinating male and female figures,  impaled heads. It's notable that every figurative piece is also unmistakably a self-portrait, detailing the distinct features of each artist in mostly macabre poses. An exception is their second major shadow sculpture, Dirty White Trash (with Gulls), 1998 (as seen in photo 1), which features the artists relaxing against each other with a cigarette and a glass of wine. This work was sculpted out of the trash produced by the artists over a six month period, serving as a placeholder for everything they needed to survive while they constructed the piece.

Director of the Los Angeles Museum of Contemporary Art Jeffrey Deitch writes: “Dirty White Trash (with Gulls) is a confluence of beauty and filth, form and anti-form. It is a work of art made out of the process of its own conception, an embodiment of formalist logic. At the same time, it is a negation of everything that formalism stands for…the artist is at the center of the work. It is deliberately entertaining, and revels in its own theatricality. ”

Although Belgian artist Fred Eerdekens uses a similar methodology to Noble and Webster, his conceptual approach is radically different. Eerdekens projects light onto materials such as recycled clothing, groceries, wire, and artificial plants to create a strange semantic overturning of the relationship between objects and language.

The piece Life itself is not enough, 1999 (as seen in photo 2), features piles of clothing on steel supports manipulated in such a way that projected light shines through in the shape of the words of the title. The light takes the form of careful, tenuous cursive within the massive shadow created by the clothing. Holy Spirit Come Home, 1997, is an assemblage of cereal boxes on a table top. Two projectors direct the cinematic light in opposing directions, spelling the words “Holy Spirit” in light on one side of the table, and “Come Home” on the other. In these pieces, shadows form the negative space within which we can make out linguistic meaning, questioning the  relationship between illusion and reality.

Life itself is not enough by Fred Eerdekens