Take A Deep Breath Of Art 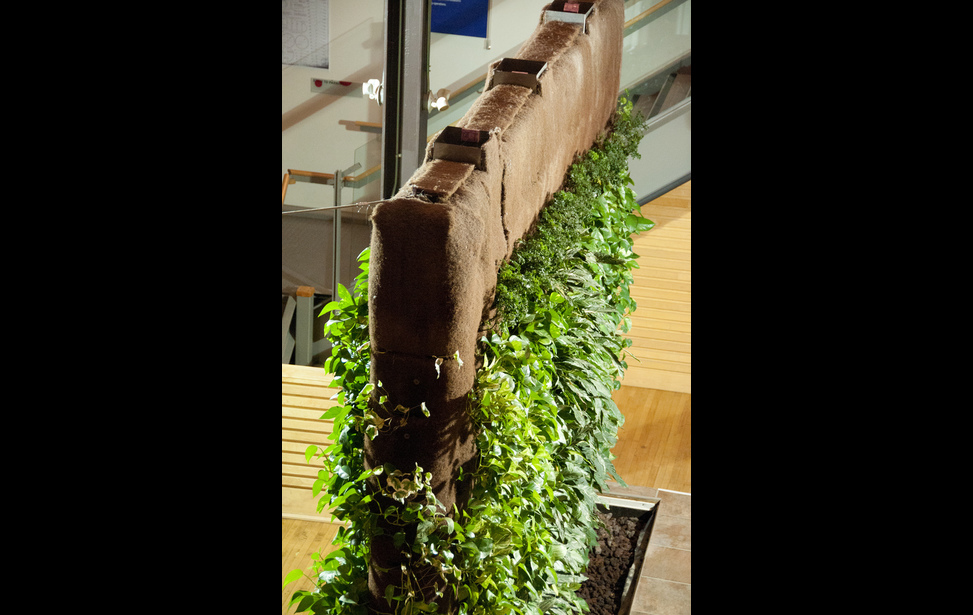 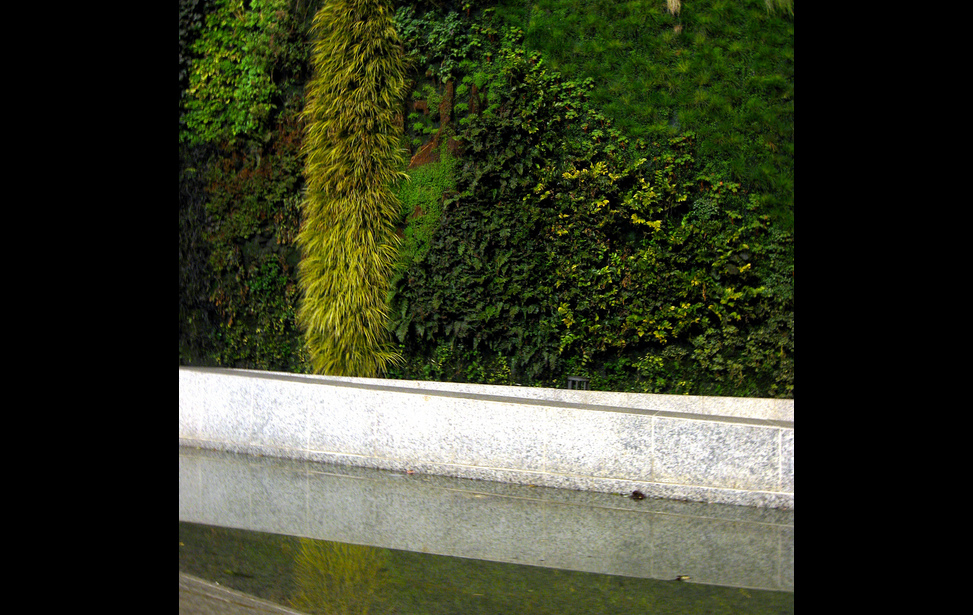 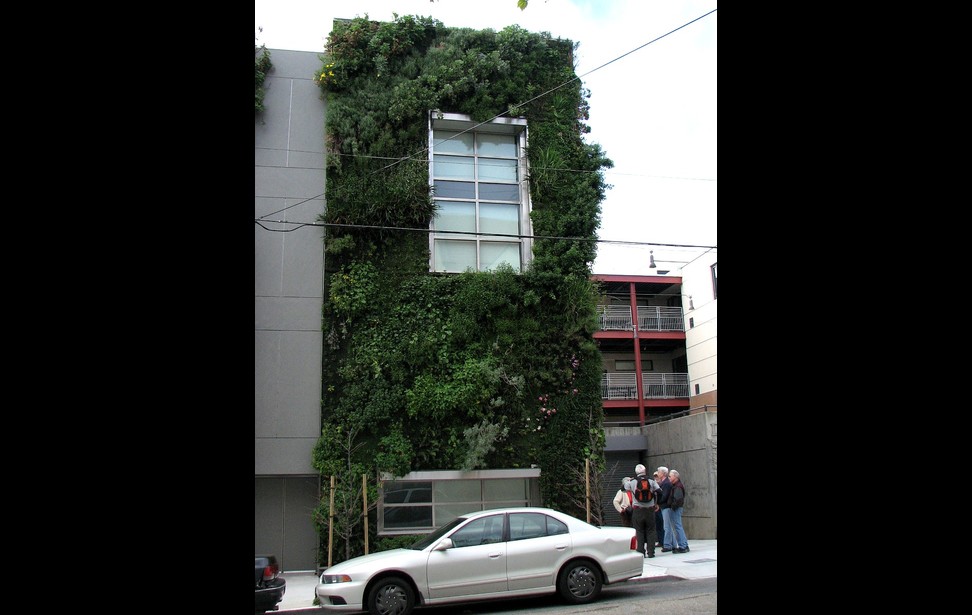 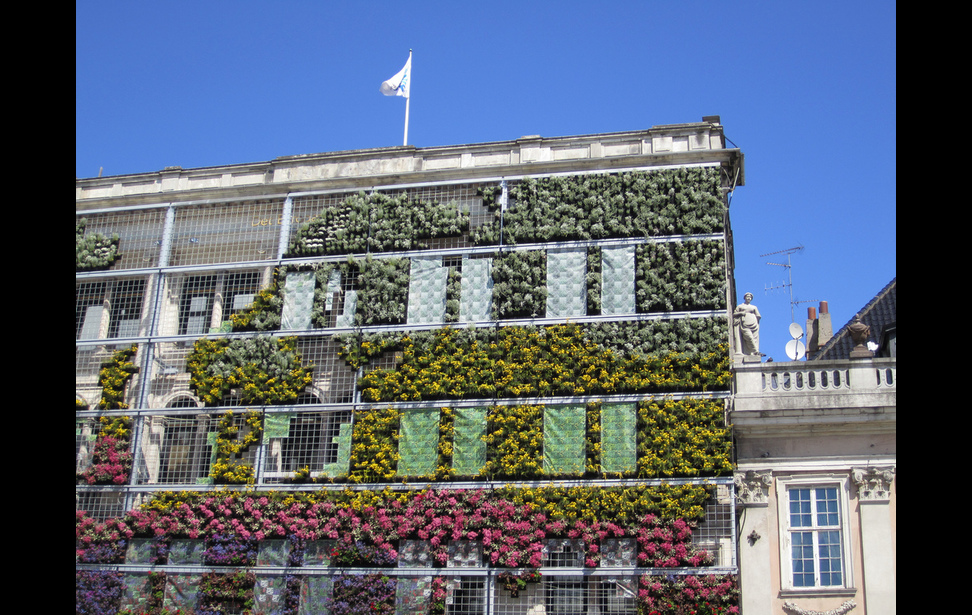 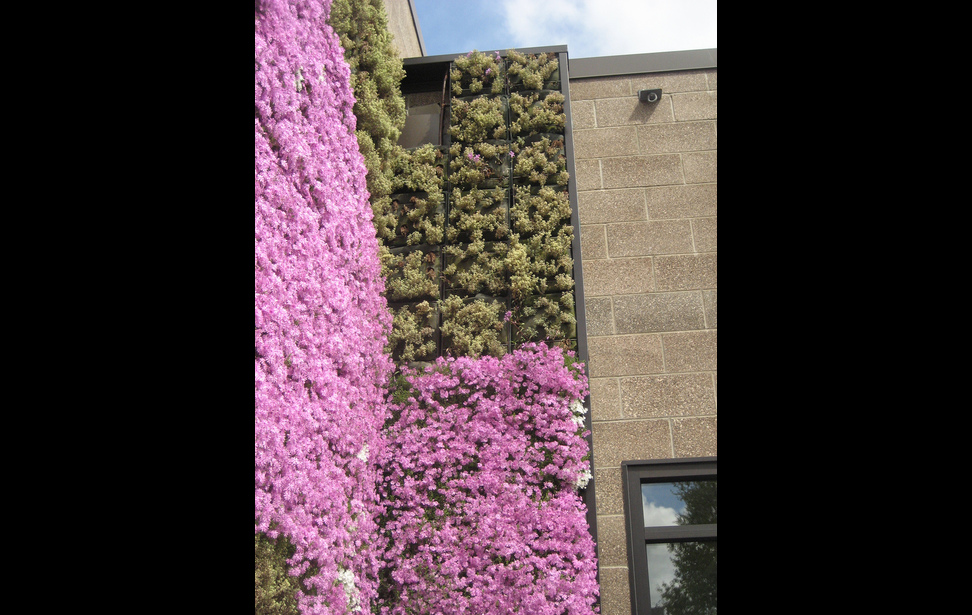 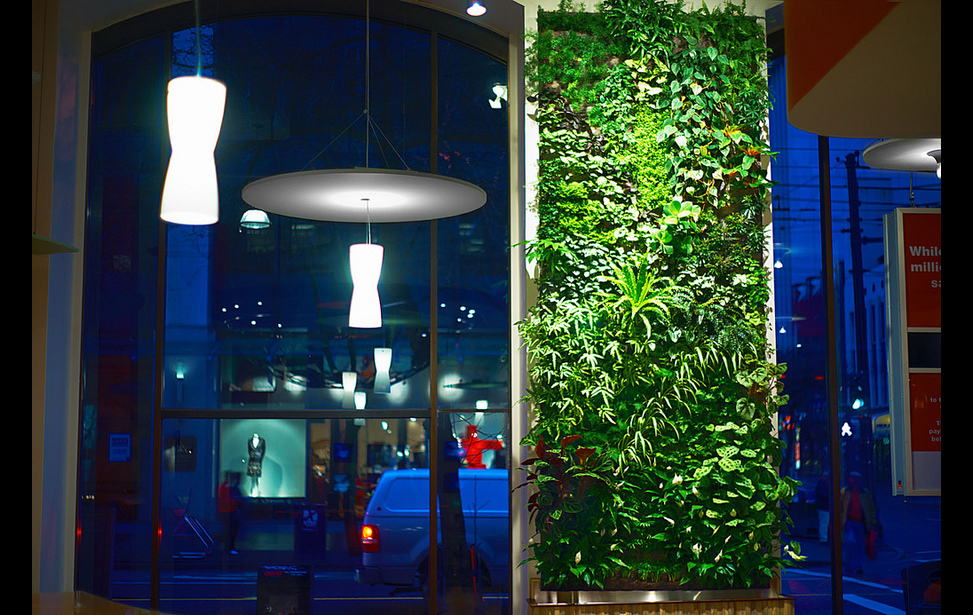 Embraced by corporations and artist alike, living walls, green walls, eco walls or vertical gardens do a lot for us — our eyes, minds, spirits and bodies. Made of living plants, they’re aesthetically beautiful displays, self-contained ecosystems, and air improvement devices all in one.

When you first stumble upon a living wall (also known as a green wall, eco wall, or vertical garden), you’re likely to be taken by its breathtaking, aesthetically pleasing and innovative display. But these living works of art become even cooler when you realize that they’re also self-contained ecosystems and air improvement devices.

As you remember from science class, plants remove airborne contaminants and provide fresh oxygen. But traditionally, planting large gardens to improve the air would use a lot of ground space. By turning the concept on its side, and using vertical space for plants, a work of art is automatically created — which has inspired designers to take advantage of the opportunity (as seen in Photo 1)

If you’re like most people, you’re probably surprised that plants can grow this way, without dirt to reach their roots into. Credited as being the inventor of vertical gardens, Patrick Blanc — a French botanist and author of The Vertical Garden — created his first one in his Paris apartment 30 years ago, and it’s still thriving. He generally uses a patented recycled felt wall to grow the plants hydroponically.

The idea has grown and been embraced in public places, stores and corporate head offices; anywhere lots of people work or spend time daily, and will most likely notice the cumulative benefits.

Blanc has designed living walls on famous buildings throughout Europe. They include the Quai Branly Museum in Paris, the Galeries Lafayette in Berlin, and the Caixa Forum in Madrid, a cultural and arts center (as seen in Photo 2).

Now he has also expanded worldwide, with projects on all continents, including the Hong Kong Polytechnic University, the Taipei Concert Hall, the Qantas Lounge in Melbourne, the New York Botanical Garden, the Miami Art Museum, and many more.

One of his biggest installations in the U.S. is on the Drew School, a private high school in San Francisco. This three-story, 1720-square-foot living wall contains over 4,500 plants from 105 species, all native to California. Those that like direct sun thrive at the top of the wall, while the ones that need shade do well at the bottom (as seem in Photo 3).

But while he may be the green wall’s prime pioneer, Blanc’s not the only one making them. For the United Nations International Year of Biodiversity, a “living façade” was created on the wall of the European Environment Agency (EEA) in Copenhagen, Denmark. Designed by architect Johanna Roßbach, it used 5,000 plants, from 20 different colorful species, to depict a map of Europe.

Similar to Blanc’s work, the plants were nestled into felt pockets, and used a built-in watering and drainage system. The project was intended to bring awareness to vertical green space in urban areas, where plants offer an escape from artificiality, improve air quality and reduce noise (as seen in Photo 4)

In the U.S., companies like Philly Green Wall have put up walls at the PNC Bank in Pittsburg, the Mural Arts Gateway in Philadelphia, and the Rochester Institute of Technology in Rochester, NY.

Sky Plant Systems uses various configurations of panels, trays or containers to make colorful walls like the ones at Embassy Suites in Chicago, the Revel Casino in Atlantic City, Trader Vic’s in Portland, and Starbucks’ 4th Avenue location in Seattle (as seen in Photo 5).

Canadian company Green Over Grey has done similar work at the Edmonton International Airport, the Semiahmoo Sky Garden in Surrey, BC, and ING Direct in Vancouver (as seen in Photo 6).

As a trend, this really is a breath of fresh air. It’s inspiring to think that we can improve our air quality in such a beautiful way. It’s motivating to see living things do the seemingly impossible, and sprout out of vertical concrete slabs. And it’s really nice to see corporate headquarters, banks, airports and schools have a bit of a human — or rather, plant — touch.