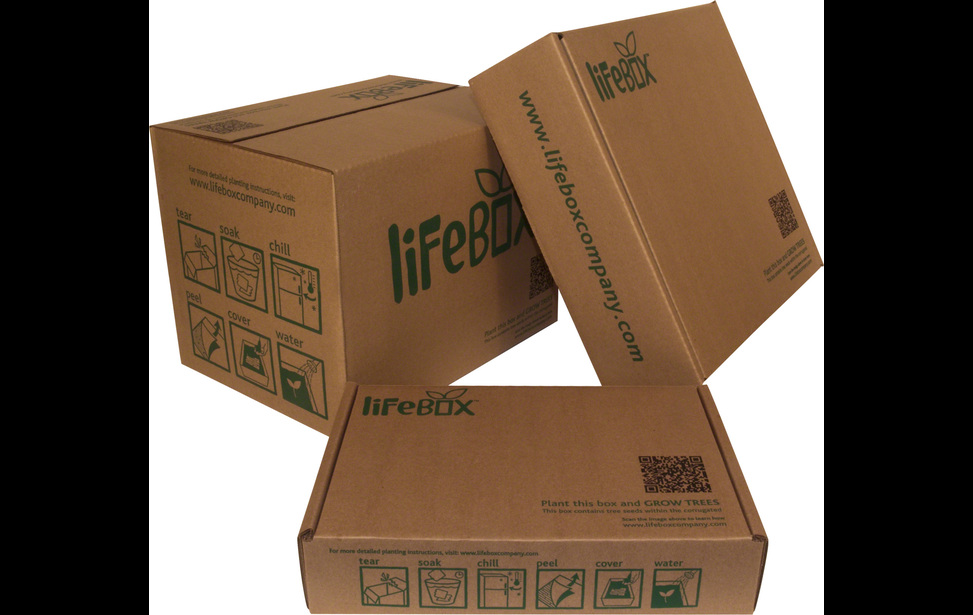 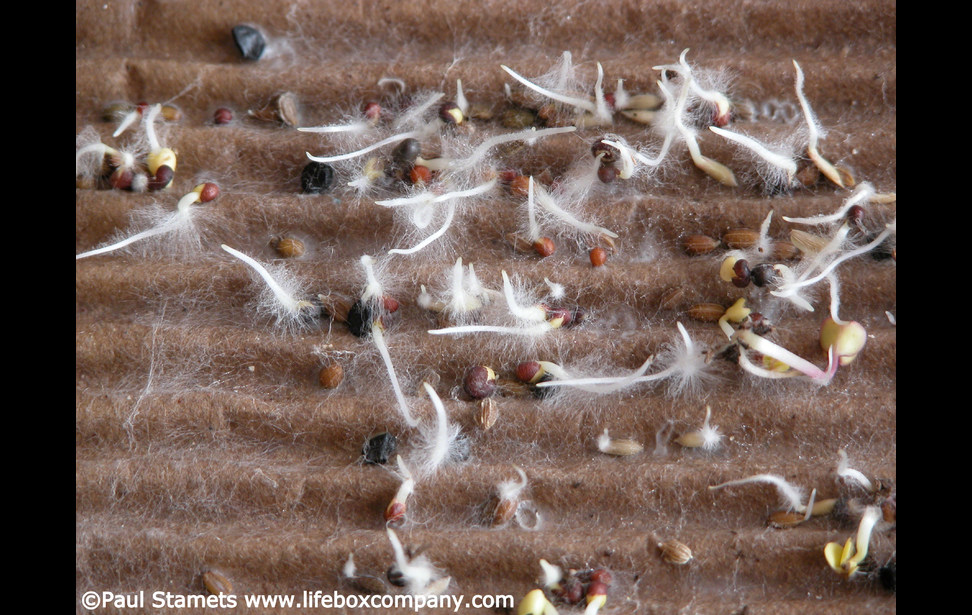 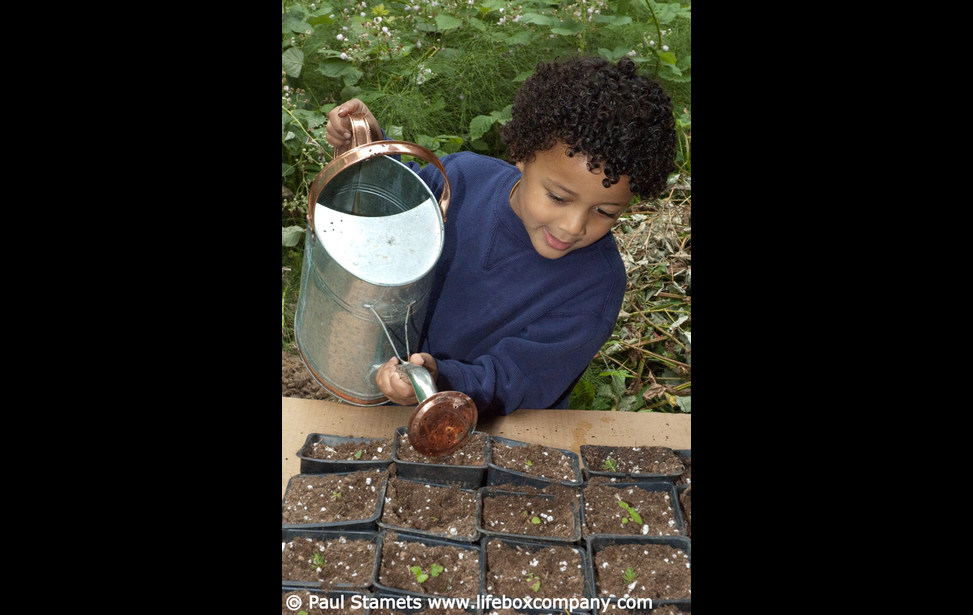 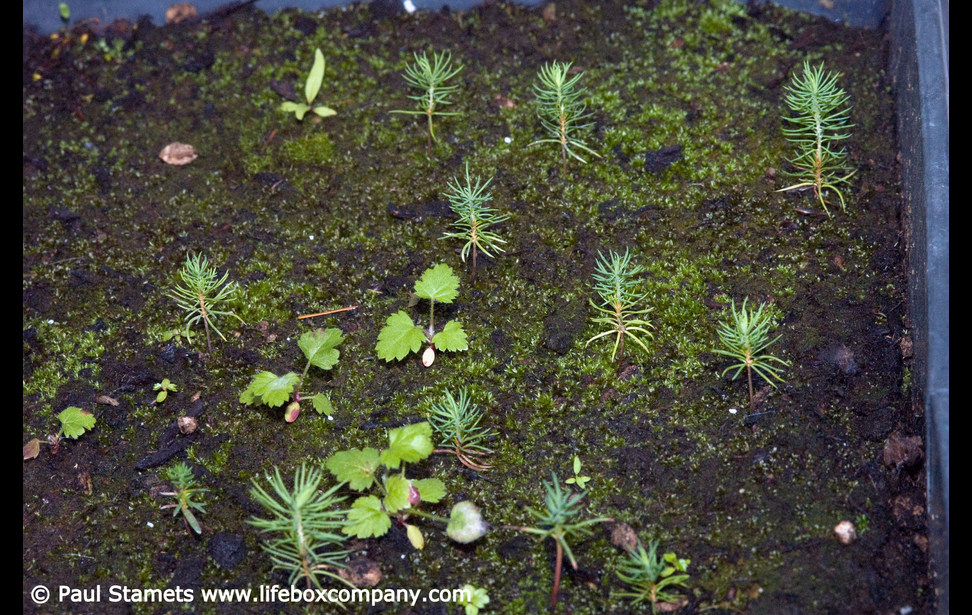 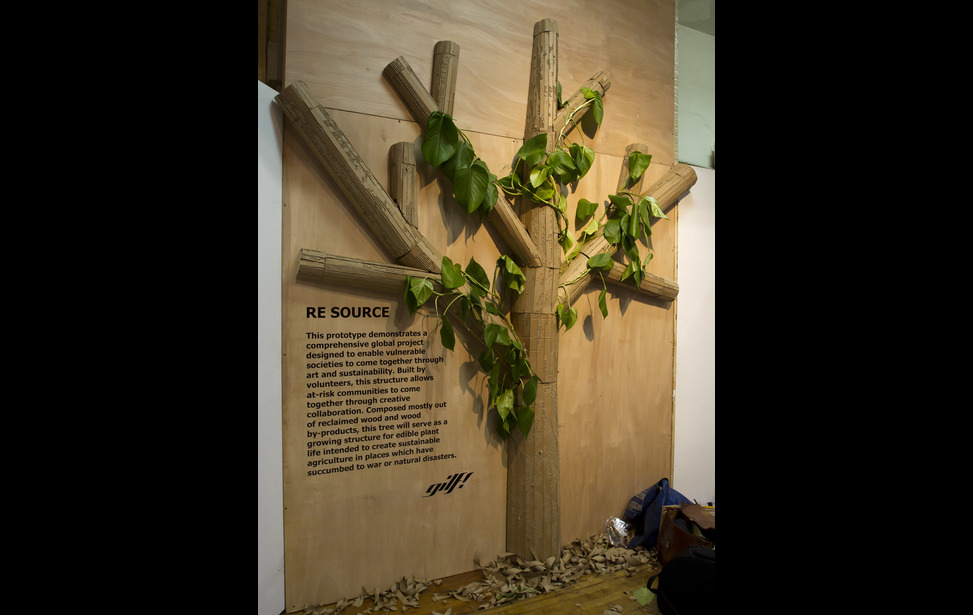 Any child who has been the lucky recipient of a refrigerator box can vouch for this item’s versatility. When it’s finished transporting something from point A to point B, a cardboard box might transform into a cave, a racecar, or, in my case, a “store” from which I attempted to sell used pens and shiny rocks from the end of my driveway. Paul Stamets, founder of Life Box Company, and Brooklyn-based artist gilf! have had much better ideas.

Without making any structural alterations (as seen Photo 1), Stamets has endowed an ordinary object with extraordinary potential. He has reinvented the cardboard box so that it is not merely a means for transporting goods but also for combating deforestation and climate change. Just beneath the Life Box’s unassuming façade, an entire forest ecosystem—perhaps some birches, some alders, a few pines—lies dormant. As the company explains, “Within the corrugations of the Life Box™ are hundreds of tree seeds and thousands of friendly spores of mycorrhizal fungi (as seen in Photo 2). Once a customer receives whatever is shipped inside, the box is torn up, planted, and tree seedlings emerge.”

As Stamets sees it, the problem with the cardboard box lies in the short duration of its use: “Once delivered, a regular cardboard box dies at your doorstep, so to speak.  The conventional brown box serves only the purpose of delivering a product.  And then, at best, it is recycled.” But even the process of recycling drains natural resources, requiring transportation and specialized equipment that must be fueled, increasing carbon emissions. The Life Box, on the other hand, has the potential to grow trees that will impound carbon rather than release it. In order for a Life Box to be effective, it can’t just be tossed into a recycling bin. Following the instructions on the company’s website, consumers learn how to soak and store their scraps of cardboard until the season is right for planting. Then, they look after the baby trees for 2 years until they are hearty enough to be transported from their pots into the ground (as seen in Photos 3 and 4).

When it comes to making new trees from those that have been chopped down, Stamets is in good company. At New York’s Fountain Art Fair last month, Brooklyn-based street artist gilf! exhibited a prototype for a project she calls RE SOURCE, a tree-shaped frame made from reclaimed timber, the textured corrugates of its cardboard casing exposed to resemble bark. In the piece’s trunk and branches are removable compartments, each of which contains a pouch called a lily pocket, made from 100% recycled plastic bottles. These pouches are filled with soil and vine plants, such as tomatoes or snap peas, which crawl over the tree as they grow (as seen in Photo 5).

gilf! intends to collaborate with communities around the world to construct similar trees in places where the local agricultural system has been endangered by natural disaster, war, or economic misfortune. As the human population soars, small, self-sustaining farms are increasingly taken over by larger factory farms, meaning that most people no longer play a direct role in cultivating the food they feed themselves and their families. The goal of RE SOURCE is to reclaim ownership over a process that is a fundamental part of being human, to revive not only small-scale, sustainable agriculture but also a sense of community where such spirit has been lost.

The food produced by these tree gardens is not expected to feed an entire village. The structure itself will not reverse drought or damage done by hurricanes. With a little luck, however, it might function as a catalyst for further change, creating a momentum that will spill over into related projects—the planting, or perhaps replanting, of a community garden, for instance. As with the Life Box, gilf!’s RE SOURCE project is more like a toolbox—its success relies upon the willingness of others to see it through to fruition. Both are invitations to become personally involved in the survival of other life forms, a survival ultimately indistinguishable from our own.