Jason Decaires Taylor, A Builder Of An Underwater Universe 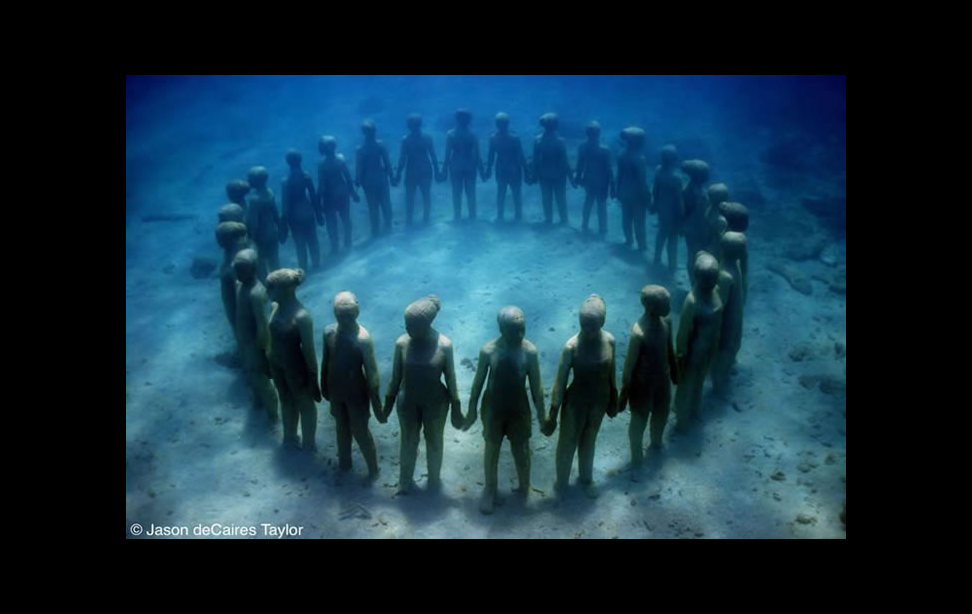 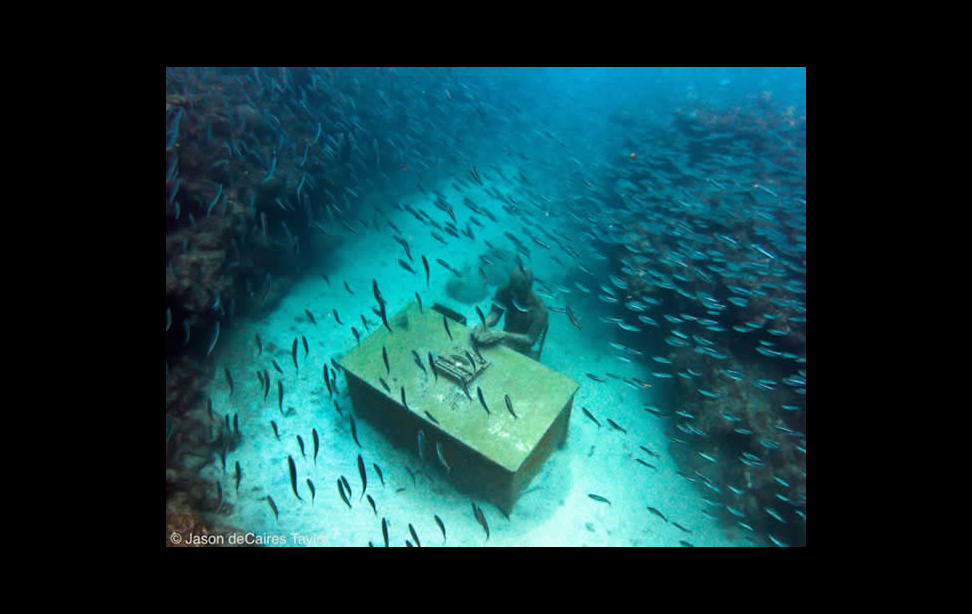 GRENADA, WEST INDIES - If you take an underwater walk around Grenada in the West Indies, you may suddenly spot  a group of marvelous aqua monuments.  Standing among amazing statues that are partially covered with corals and sea vegetation, you’ll find yourself amid the treasures of an underwater museum.  This surreal sight is not a figment of your imagination – you have come across the products of  a modern artist who uses water as the primary medium for the expression of his creative ideas.

The British eco-sculptor Jason deCaires Taylor enjoys international recognition and has been featured in various media such as BBC Caribbean, The Daily Telegraph, Vogue and La Repubblica.  With his affinity to build man-size cement statues and submerge them in clean waters where they can be visible to divers and snorkelers, Taylor is a true revolutionary artist, who constructs aqua fairy tales, with unique characters and fascinating storylines.

With their infinite shapes, styles and concepts, each  project has its own story. Observers will undoubtedly be impressed by Vicissitudes, which depicts a variety of figures, united in a circle by holding one another’s hands (as seen in Photo 1). These are life-size statues representing a group of children of diverse ethnic background. Another project, The Lost Correspondent (as seen in Photo 2), depicting a man sitting at a desk with a typewriter, crosses the boundaries of time and brings us back in 1970s, just like the newspapers spread on the writing table indicate. While Vicissitudes emphasizes the idea of unity, the Lost Correspondent symbolizes how communication has altered during the years.

Taylor’s art thrives on the passage of time. The impact of his marvelous statues becomes more powerful during the years as they gradually merge with marine life.  Building underwater art  significantly differs from developing traditional art, and the sculptor follows precisely the optical and physical specifics required to realize his aquatic ideas. For example, water makes objects appear twenty five percent larger and consequently, much closer to observers.  Their color also changes and mirrors the subtle play between various water nuances.

The purpose of Taylor’s art is not only to impress  viewers’ eyes and mind and to appeal to the seekers of submarine adventures. Besides their spectacular shapes and colors, his projects have a  practical purpose - they perform the function of artificial reefs and turn into a habitat for marine life. Built of cement with neutral PH, they stimulate the growth of corals over them and facilitate the preservation of endangered sea life.   Being a bridge between human touch and the aquatic universe, Taylor’s underwater art stimulates the spawning of new coral reefs while cleaning the surrounding eco-system from the detrimental effects of pollution and tourism. Truly impressive is Taylor’s 2011 project Time Bomb, representing a collection of mines and weapons that are deliberately designed to facilitate marine life and to provide protected areas for aquatic species.

All those who want to take a more detailed look at Jason deCaires Taylor’s art may look forward to his solo exhibit in New York City’s Jonathan LeVine’s Gallery in June.