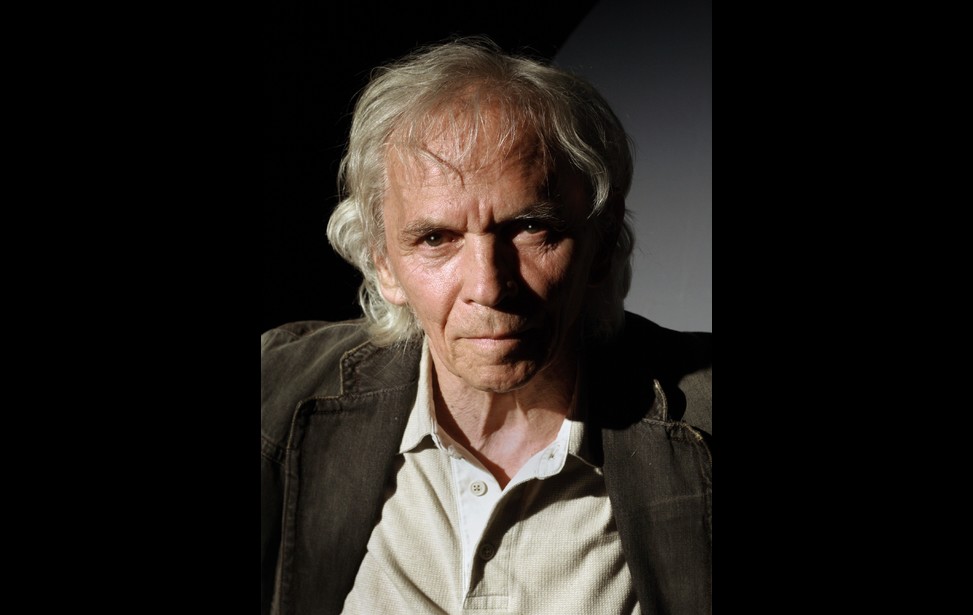 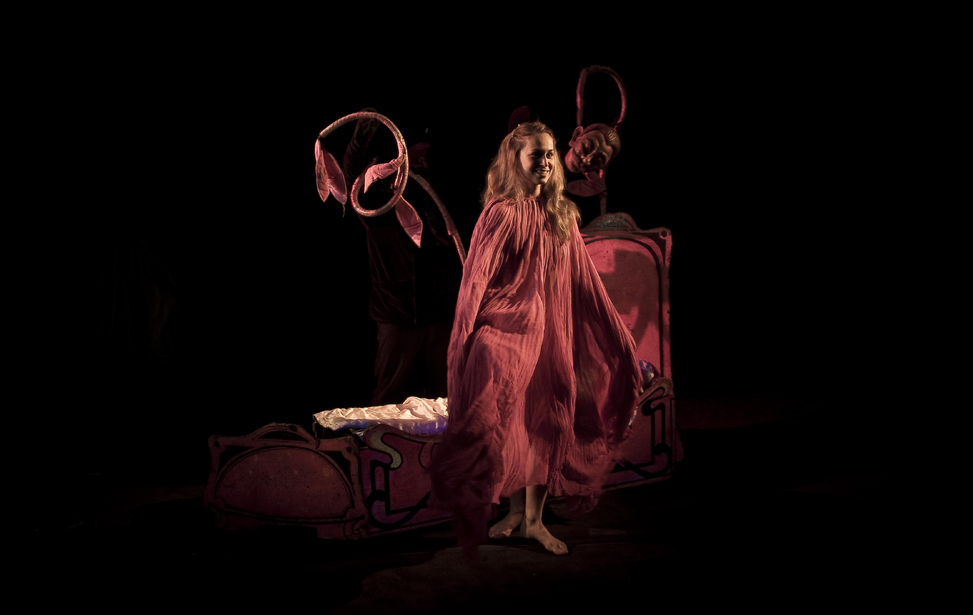 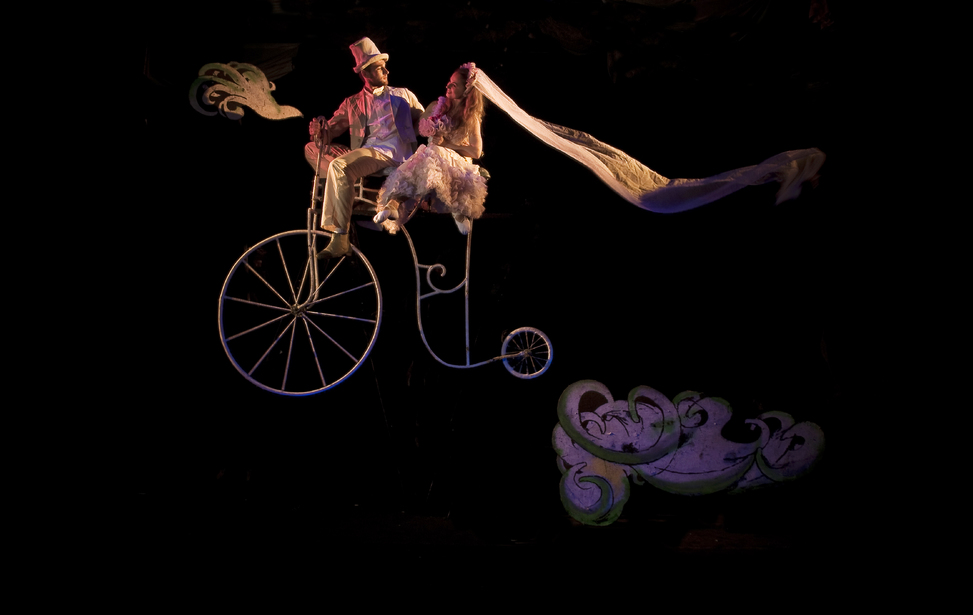 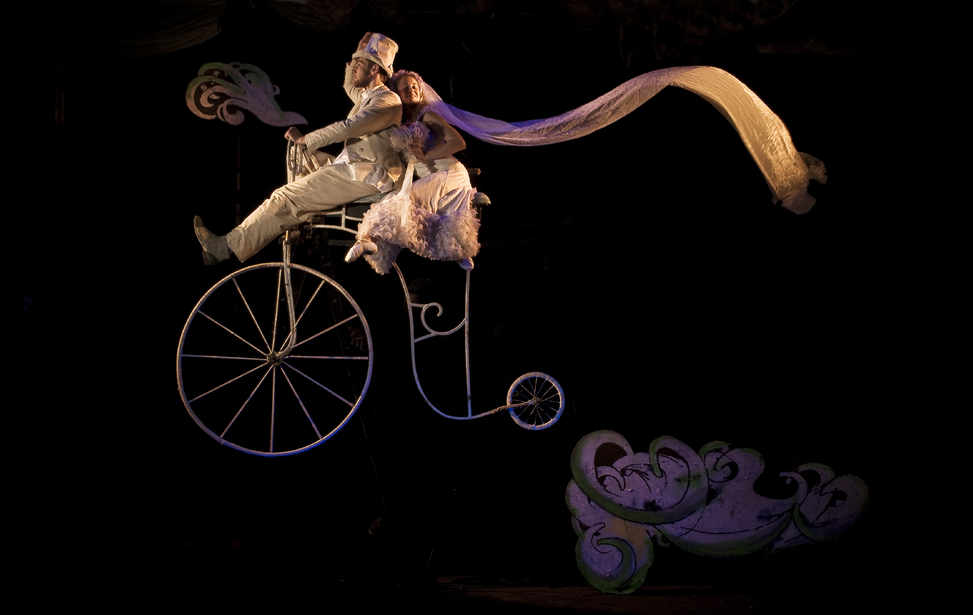 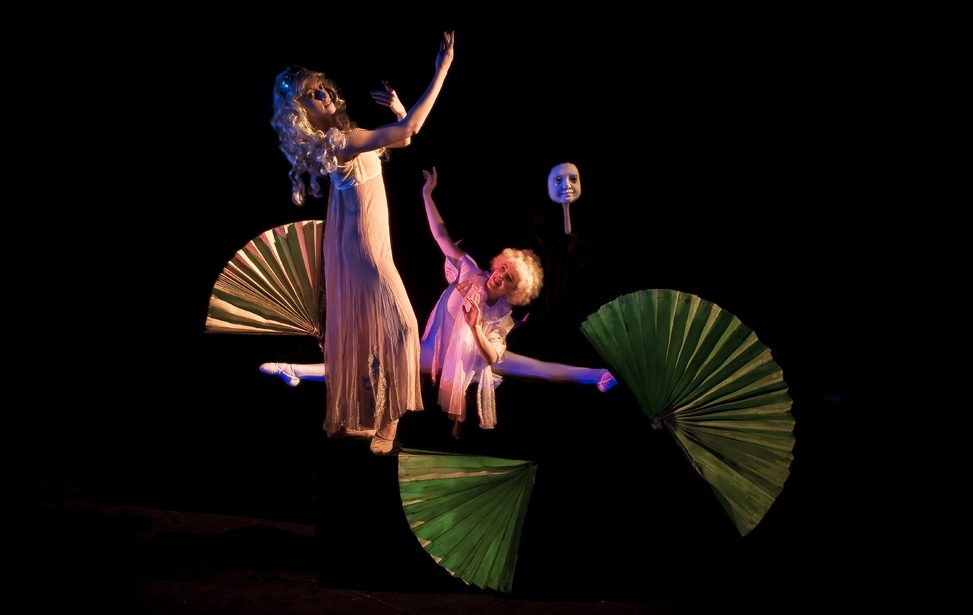 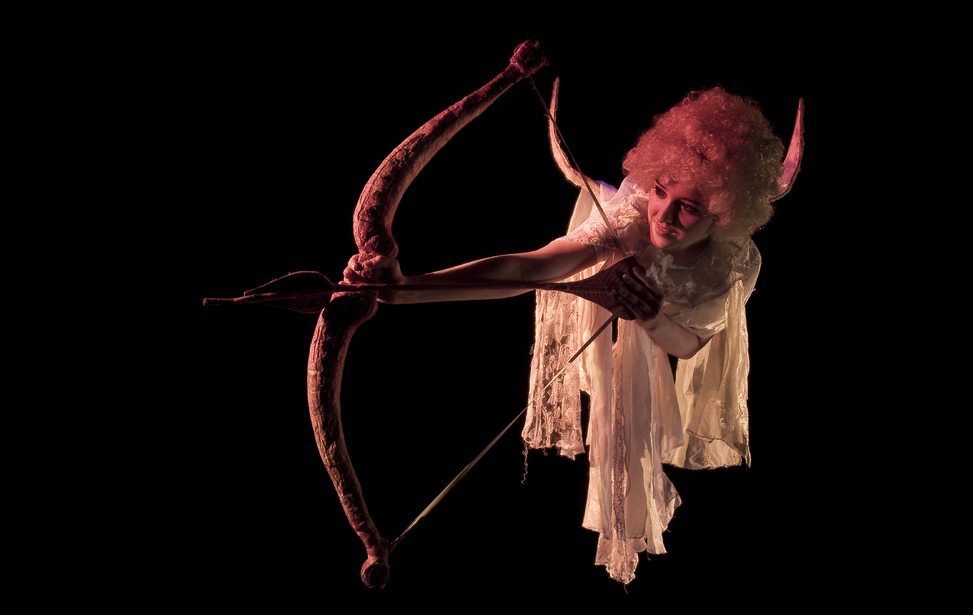 PRAGUE, CZECH REPUBLIC -- After their debut at the Edinburgh Theater Festival in 1962, the Times wrote that the Black Light Theater of Jiri Srnec “brought back magic to the world stage.” For the next 28 years the ensemble toured the world, before settling in Prague in 1989.

The black-light technique is not new. However Srnec (as seen in Photo 1), with his mystic view of the world, gave a new dimension to this ancient Chinese art form. In his shows, ordinary objects come to life, dancing, playing, helping, teasing and even punishing “their” people (as seen in Photos 2 - 6).

Since 1990 several new “black light theaters” have opened in Prague, but critics consider Srnec’s quirky compositions the best. His ensemble still tours, enchanting audiences from Brisbane to Beijing, and Srnec, now 80, continues to write and direct.

thalo caught up with him in his attic atelier. The walls are papered with posters and newspaper reviews dating back to the 1960s. Over his desk hangs a map of the world with thick clumps of little flags on each continent. A perfect mock-up of his current production, Legends of Ancient Prague, stands in one corner across from that of his next one, Mowgli.

thalo: How did you discover the Black Light Theater?

Jiri Srnec: I didn’t. It discovered me. I was studying stage design at the Puppeteer Academy and we staged a funeral scene where girls in bright skirts and black tops and boys in colorful shirts and black pantscarried a painted coffin. Against the black velvet background of the puppet stage it looked like it was floating.

th: You didn’t expect this?

th: Did you use any special colors or lights?

JS: Back then there was no such thing. Nowadays all the theaters use luminescent colors and ultraviolet light. We used ordinary acrylic paint and two automobile reflectors shining from either side to create  wall of light.

th: Can you explain the principle?

JS: Simple. A black-clad actor on a black background will disappear, but the colorful prop he’s holding will stand out. That’s when I realized that objects can take on a
life of their own. That was the start.

th: Do you think that objects have souls?

JS: We give them one. Take an ordinary stick: it walks with a man. Picture this scene: a man and a stick. They both fall and lie there. Then the stick starts to move first. It nudges the man, worms itself under his hand, lifts it, it falls, the stick tries again… Then it changes into a shepherd’s crook, an archbishop’s cane, a military baton, a scepter – oh what I could do with a mere stick!

th: Do people always understand what you do?

JS: It’s funny. A long time ago we played in a small town in the former Yugoslavia for an audience of shepherds. They spent all day tending their sheep and came to see us in the evening. They were all rinking that rakija of theirs and we were a bit apprehensive, but they laughed just as hard as audiences in Melbourne or Edinburgh.