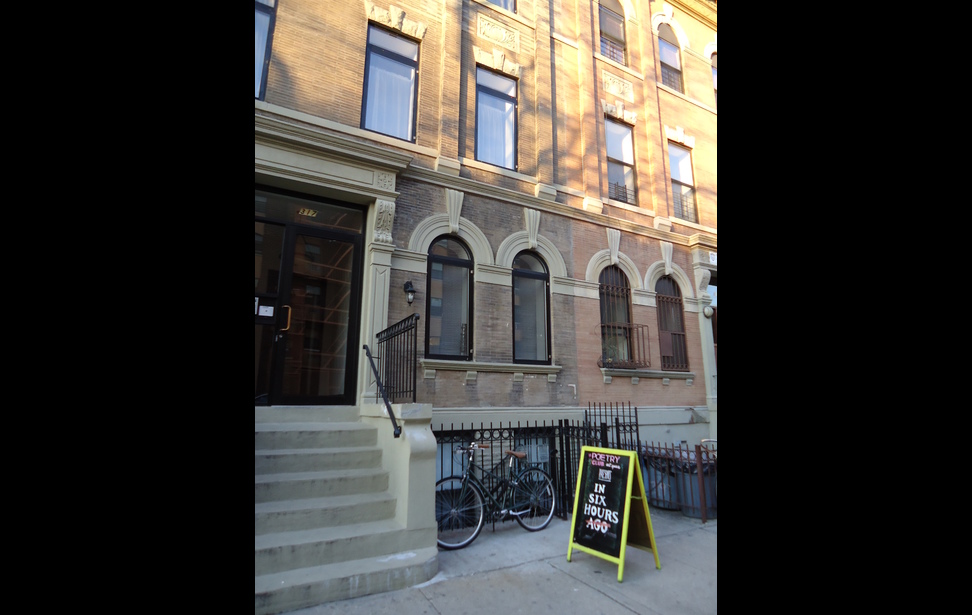 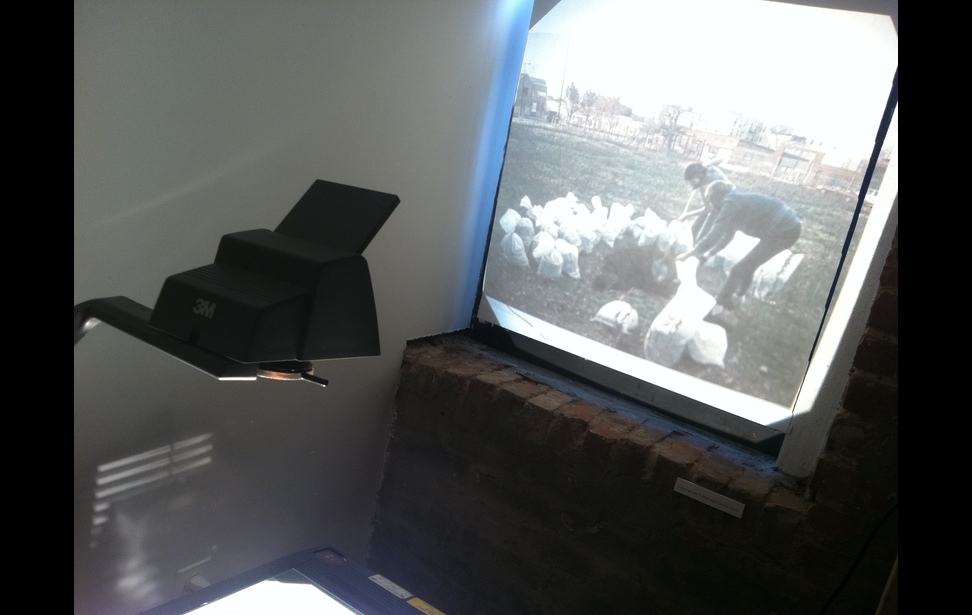 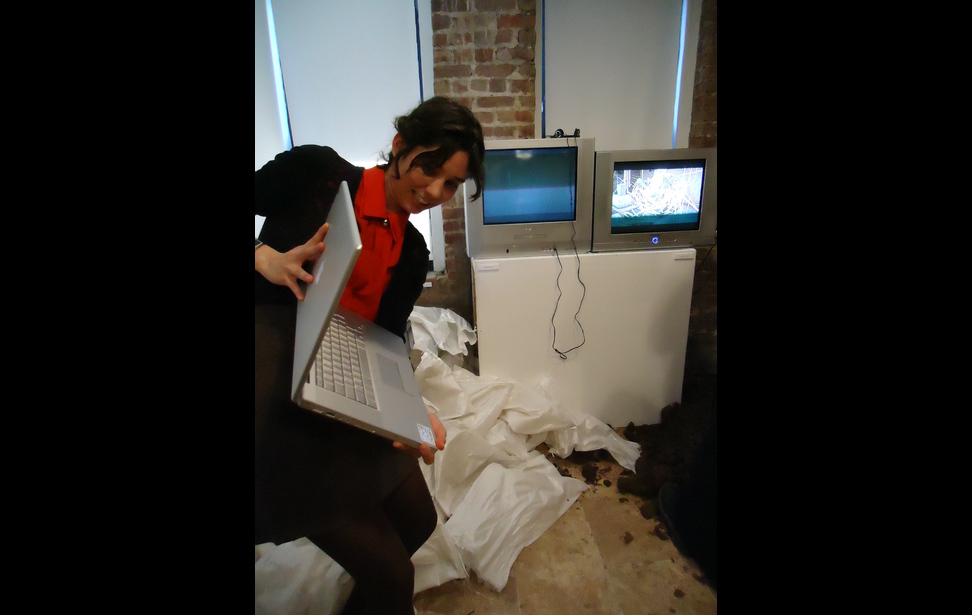 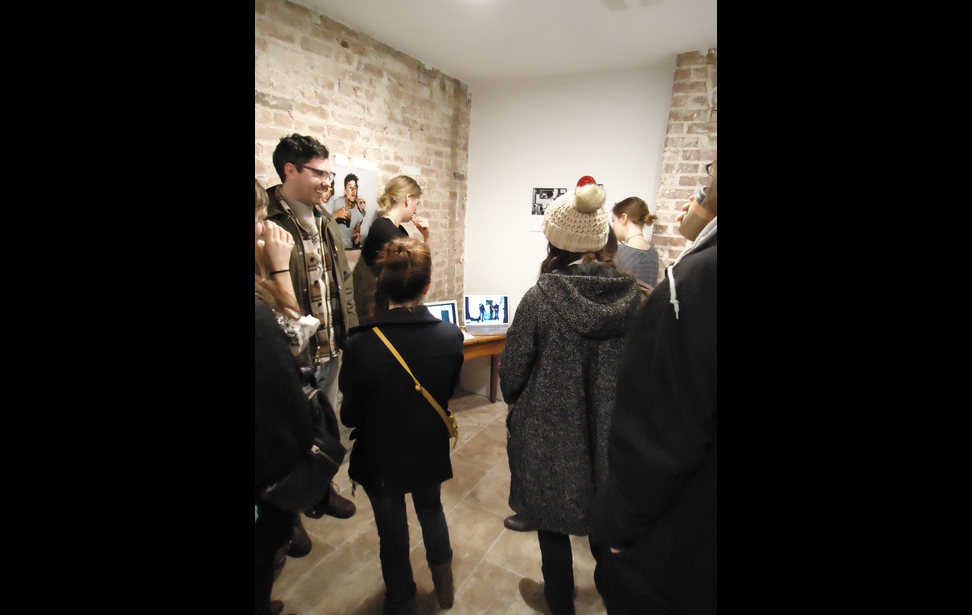 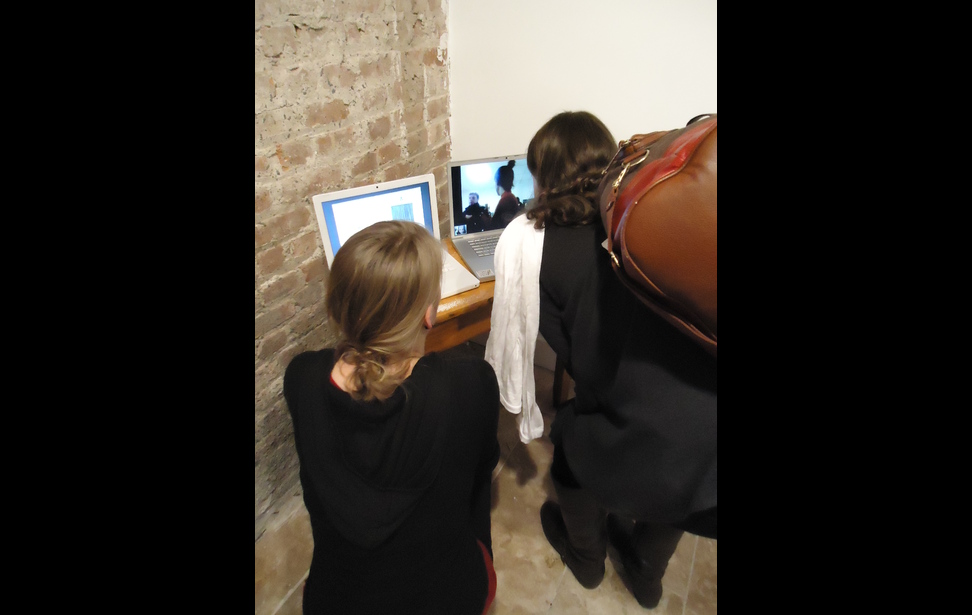 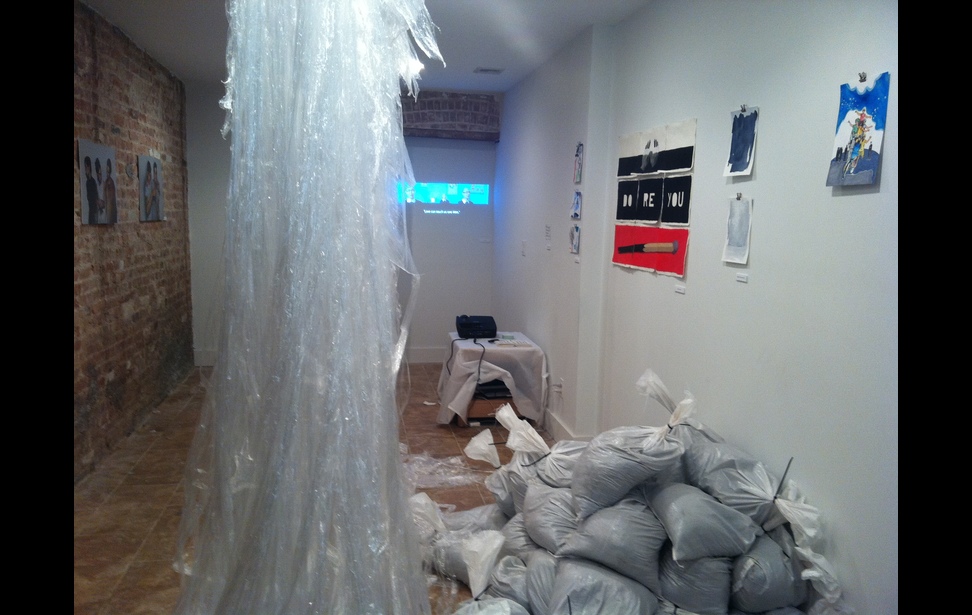 NIJMEGEN, NETHERLANDS and BROOKLYN, NY - It was 2 o’clock in the afternoon in Brooklyn, New York. In the small, basement gallery of The Poetry Club Artspace, the paintings were hung, the video projectors were switched on, and the Belgian waffle iron was just heating up. Meanwhile, at 8 o’clock in the evening, a gallery in Nijmegen, the Netherlands also prepared to welcome its first guests.

Despite their far-flung locations, these openings shared two important things: a title (In Six Hours Ago) and a strong Skype connection. Like two sides of the same coin, the shows were both dual and singular—a trans-Atlantic exchange that used technology to bridge disparities in space and time (see Photos 1 - 6).

A group of artists from the Netherlands, Etalage Derde Wal, had sent their artwork to be exhibited in Brooklyn, and Brooklyn artists sent their work to the Netherlands in return. The shows then opened simultaneously and were connected through a live video chat, making it possible, in a sense, for attendees to be present at both events—one physically and the other virtually.

In Brooklyn, a laptop sat on a table in the corner of the gallery, though it never stayed put for long. “Take me to my piece!” an artist would beseech the Skype screen, and then someone at the other opening would pick up the laptop there and walk with it to the specified work. At one point, someone in Brooklyn had a question about a series of Dutch photographs that no one could answer, so they consulted the screen: “Hey, can you find Louise? Someone over here has a question for her.”

To compound the internationality of this exhibit, Nini Ayach, curator of the American portion of the show, met Sarah Bijlsma, curator of the Dutch show, while the two were studying abroad together in Jerusalem. Nini and Sarah each chose pieces that conveyed aspects of their culture. In Nijmegen, there were paintings of a baseball field and a wrestler, videos filmed in New York, an image of a pop, psychedelic gun. In Brooklyn, there were photographs of Dutch farmers and scenes of tulip fields in a video about the lives of immigrants in the Netherlands.

It takes a lot of trust, Nini explained, to send artwork off across the ocean for others to install and, in some cases, reassemble. A waterfall-like sculpture made of strips of plastic arrived in Brooklyn with an installation instruction video. Similarly, when Nini sent props to the Netherlands for her performance piece (which she later witnessed live at the opening), she also sent instructions, including such lines as: Once the tape people have taped three circles around you, start making noise with the plastic bag.

Not all of the pieces were physically shipped, however. Many of them, including all the photographs and videos, jumped the pond via flash drive or email attachment. Because both galleries operate on very modest budgets, these free, instantaneous exchanges were opted for whenever possible.

The Poetry Club Artspace’s previous show, No Sombrero, featured the works of over 70 Mexican artists and was a collaborative exchange between Melissa Godoy Neito and two artists from Mexico City. In Six Hours Ago was not the gallery’s first international exhibition by any means, but the concept of it, the reciprocation and the synchronization of the openings, was new—an ambitious and triumphant experiment.

In April, Nini is headed to Cairo, Egypt for a two-month artist residency. It’s likely, she thinks, that this trip will lead to a future collaboration. “I think it could be really interesting,” she said. “The art would probably be very politically charged.”