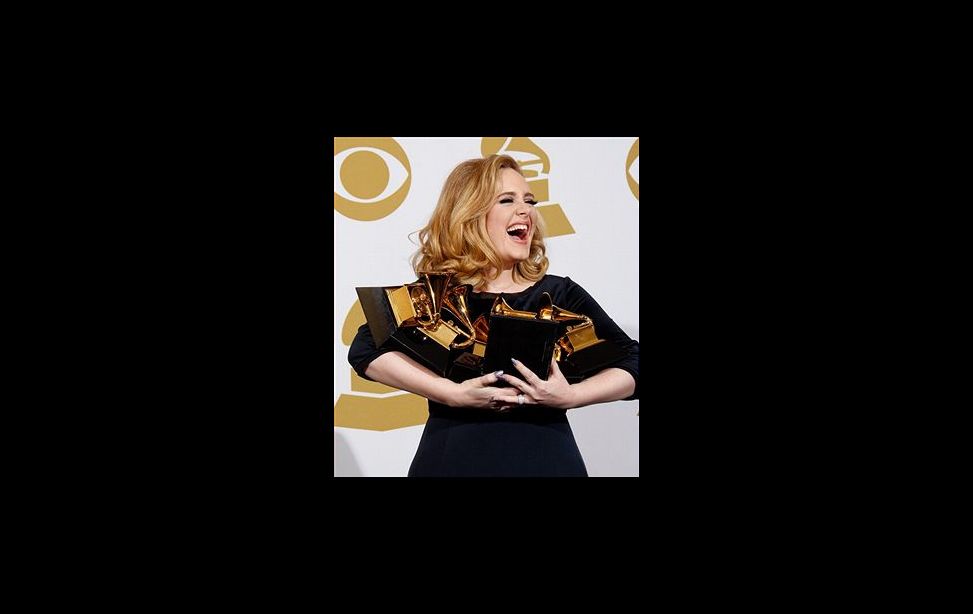 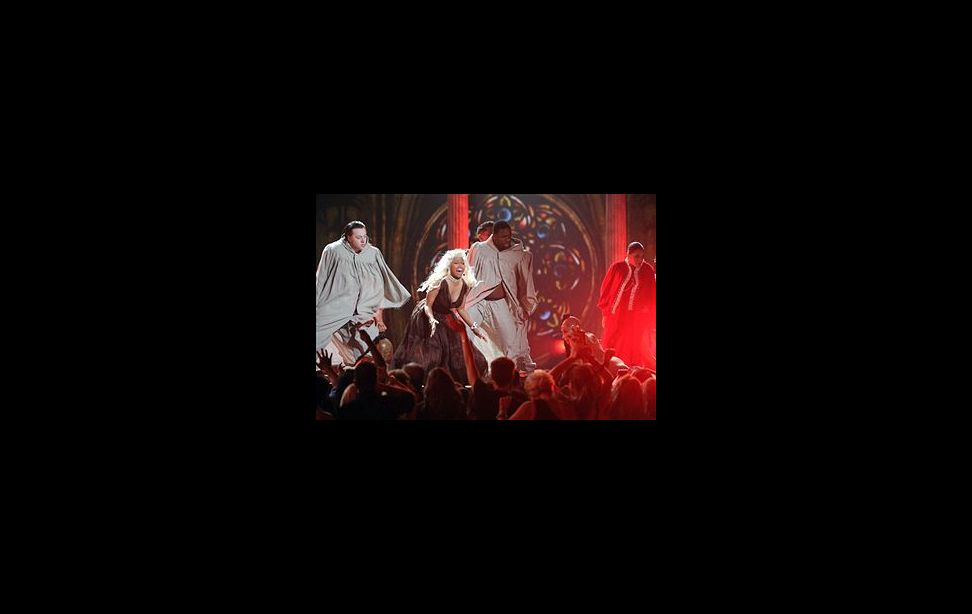 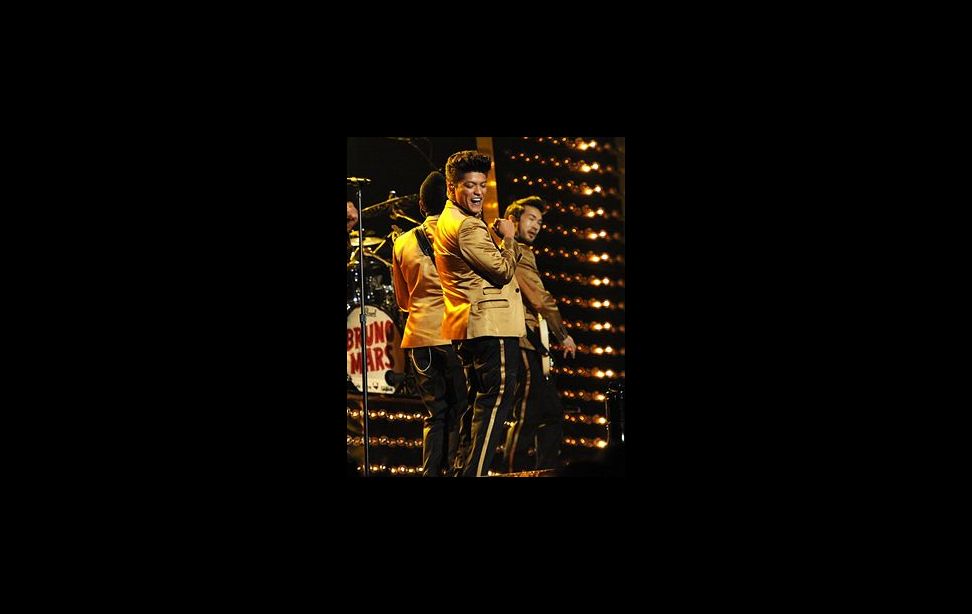 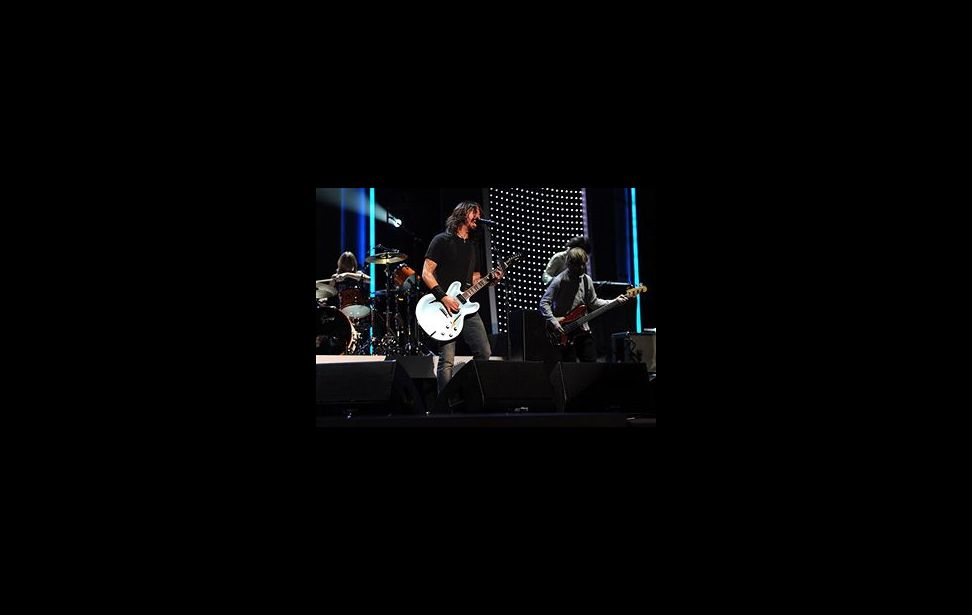 LOS ANGELES, CA -- The Gramophone Award, eventually shortened to Grammy, is recognition of superiority from the National Academy of Recording Arts and Sciences, whose industry importance is equivalent to the Tony, Emmy and the highly coveted Academy Award. The award ceremony has a glamorous fifty-three year history, and the Grammy Awards 54th offered many moments that shined brighter than the stars heralded from stage Sunday evening in downtown Los Angeles.

The 54th annual awards were indicative of the year in music, and imbued by twenty-three year-old UK soul siren Adele's charms. Adele (as seen in Photo 1) returned across the Atlantic with awards in all six categories for which she received nomination, including album of the year for her second release, 21. Adele's sincerity was felt while she tearfully accepted the evening's top prize, "This record is inspired by something that’s really normal, a rubbish relationship." Adele performed her highly acclaimed single Rolling in the Deep, which took home record of the year and song of the year in a stunning first appearance following surgery on her critically acclaimed vocal chords. In contrast to several performers during the evening, Adele did not dance or wear a mind-boggling get-up; she stood in the center of the stage and allowed her song to envelope the audience with the power of her voice.

The rest of the evening's performances ranged from the truly bizarre to heart-rending tributes with dear, respected friends and familiar faces joining new voices and new talents. The evening seamlessly blended music from many generations.

On the stranger side, rapper Nicki Minaj (as seen in Photo 2), known for being over the top, had a performance that featured exorcisms and priests. By contrast, a nice pairing saw Maroon 5 and Foster the People joining the Beach Boys onstage for Good Vibrations; it seems like a strange combination, but the pop musicians, along with Brian Wilson's voice, had everyone feeling good.

Jennifer Hudson received twenty-four hour notice that she would be honoring her idol, Whitney Houston, by singing one of Houston's iconic hits, I Will Always Love You, on live television. Hudson's heartfelt and sincere performance paid tribute to Houston's show-stopping voice and filled the Staples Center with a sense of reflection. Bruno Mars took the stage (as seen in Photo 3), light-heartedly telling the audience to “Get off your rich ***** and have some fun!” before launching into a high-energy pop knockout and one of the most enjoyable performances of the night. Country music was well represented on stage; Glenn Campbell's delivered a touching farewell performance of Rhinestone Cowboy and Tony Bennett performed a duet with Taylor Swift in another example of blending young new voices with long-established singers.

Justin Vernon, singer-songwriter behind Bon Iver, received the Recording Academy's best new artist award. His competition for the award, Skrillex, a young DJ who is an aural sculptor of bass, took three awards. Vernon and Skrillex signal a welcome diversity in the Academy's nominations. Skrillex commented that, "there’s no formula or format anymore and we can do whatever we want,” and the music industry gatekeepers are all ears.

The Foo Fighters (as seen in Photo 4) made an appeal for "the human element" in music while Grohl pointed to his head and his heart. The Los Angeles band claimed five Grammys, losing their sixth nomination for album of the year to the evening's superstar, Adele.