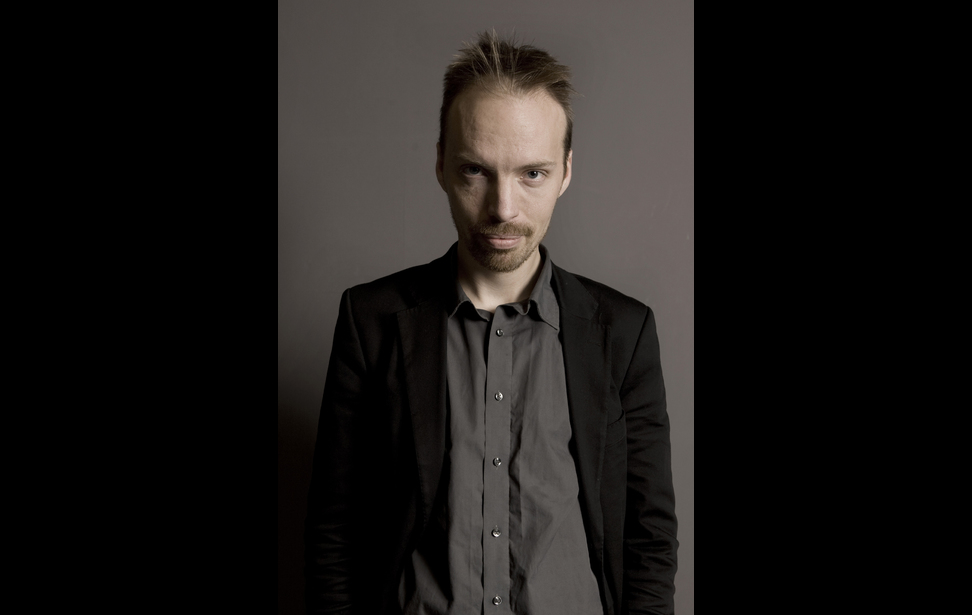 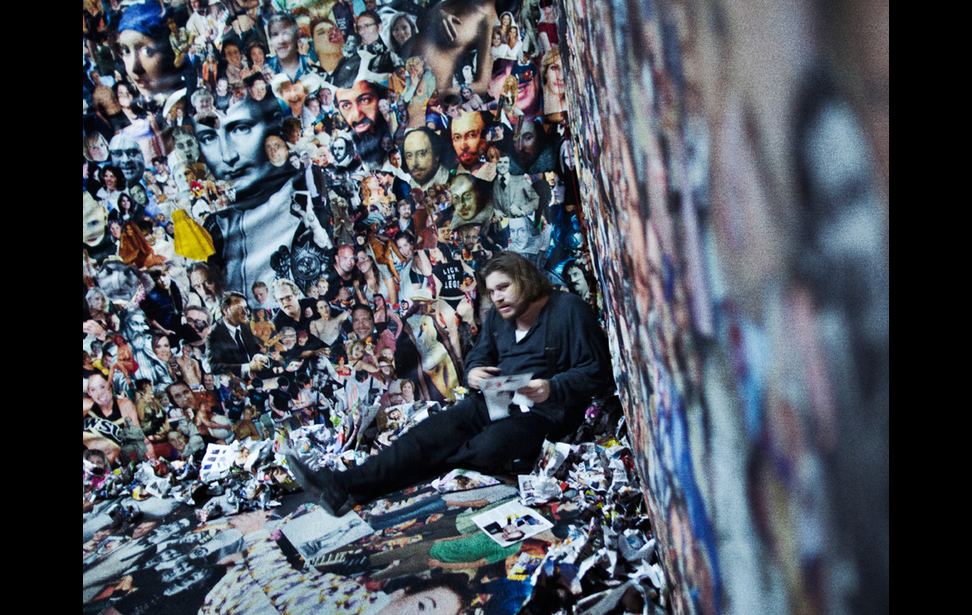 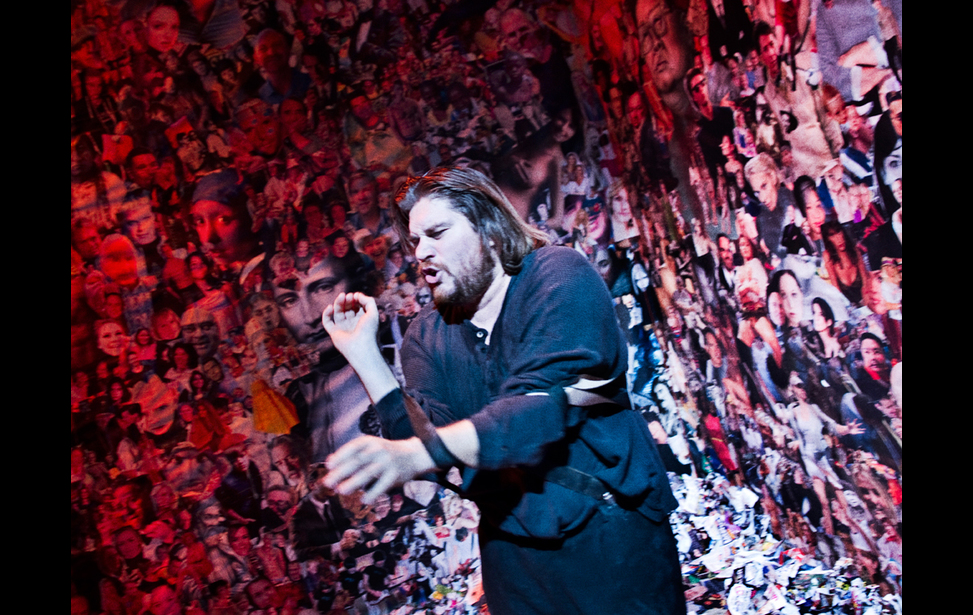 COPENHAGEN, DENMARK -- Even before he was educated at The Danish National School of Theatre and Contemporary Dance the young Danish director Rune David Grue (as seen in Photo 1) had staged several plays. After having received two prestigious awards and adapted Fyodor Dostoyevsky’s The Idiot and Crime and Punishment to the theatre, it seemed natural to make the Russian novel Notes from the Underground enter the scene, embodied by the young Danish stand up comedian Rasmus Bjerg.

In Rune David Grues’s adaptation at The Royal Danish Theatre’s experimental scene, the underground man is imprisoned by clippings of thousands of faces staring at him from the walls (as seen in Photos 2 and 3). He is isolated, full of hate, but you also notice a glimpse of hope in the monologue, which fills this room of fear. thalo caught up with Rune David Grue to talk about his take on the famous Dostoyevsky novel, and casting a comedian for a dark role.

thalo: In what way does Notes from the Underground speak to us

Rune David Grue: The underground man is a forerunner to the main character, who commits a murder in Crime and Punishment. He is a portrait and a way of experiencing life. The isolation, self-hatred and contempt for others are similar in both characters. The parallel you can easily make between the underground man and contemporary society is a blogger. The blogger is also alone, speaking to the world, but without real contact. Of course there are a lot of great bloggers, but I think there is something sick about communicating without any actual contact. When you remove the physical closeness of the other, you can only hear your own voice like an echo. You talk in a completely different way if the other person is really present. These kinds of people’s ideas become twisted. And that can be very dangerous.

th:What are the differences between Dostoyevsky’s underground man and yours?

RDG: Some would say I have a soft spot for my character. I have also tried to show his cruelty. But I have emphasized this strange poetic quality. When he thinks about himself as the king of the world, it is not a cruel powerful king. It is like a messiah. In a better world he could become a poet or great thinker. I have argued with Dostoyevsky experts on how much hope there is in this novel. Some sees it as a completely depressive story. But I think the underground man would be silent, if he had no hope. He has an urge to share his thoughts. He is confessing about a very fragile meeting. He met her only twice, when he was young, but he thinks about her every single day. This man just isn’t able to receive love. But love is able to make an impression on him. So love exists in this world.

th: Why have you chosen Rasmus Bjerg, a comedian for the part?

RGD: Many Dostoyevsky lovers feel that the underground man is a skinny, sad, pale and angry intellectual. And Rasmus Bjerg is not an obvious choice being known as a comedian and very wild and physical. But he is funny and dangerous. His way of being funny is founded in that you are also a bit scared of him. You never really know. I also think that Dostoyevsky is funny. I love his grotesque and crazy humor. And RB has also a way of being honest and naked in what he does, which I like. It does not feel like acting, which I also needed for this person.

th: Could you elaborate on your thoughts about the set design, please?

RGD: The set designer Palle Steen Christensen and I thought of a man, who during years of isolation had cut out all these images of people from magazines and put them on the wall. So thousands of colorful faces, actors, politicians, porn stars etc. – in a way an image of our civilization is looking down at him. He is building his own prison. He is king in this world, but it is also a nightmare. The images remind of modern life – the images that are being thrown at us all the time, but without the same amount of closeness. A world of meetings in 2 D.