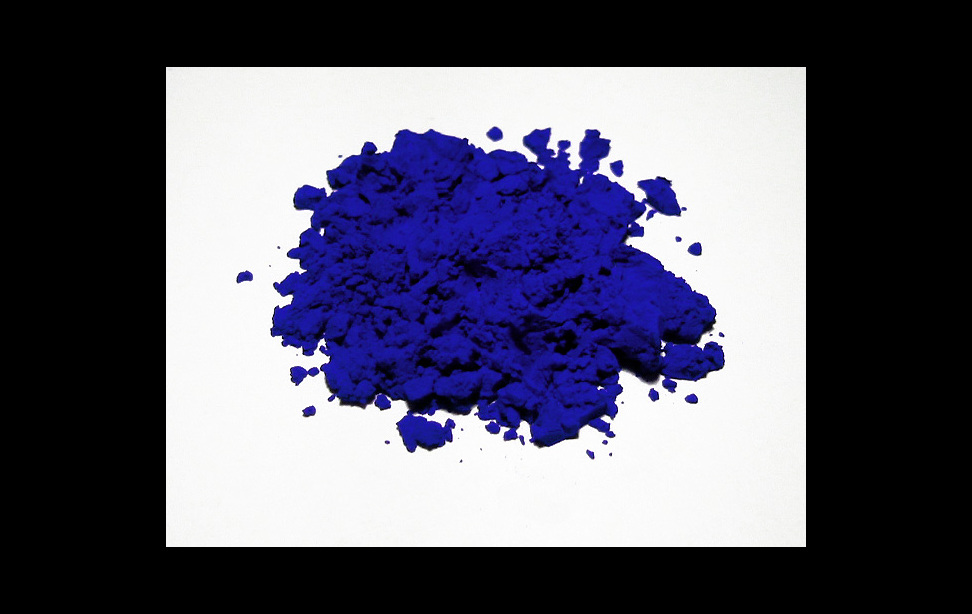 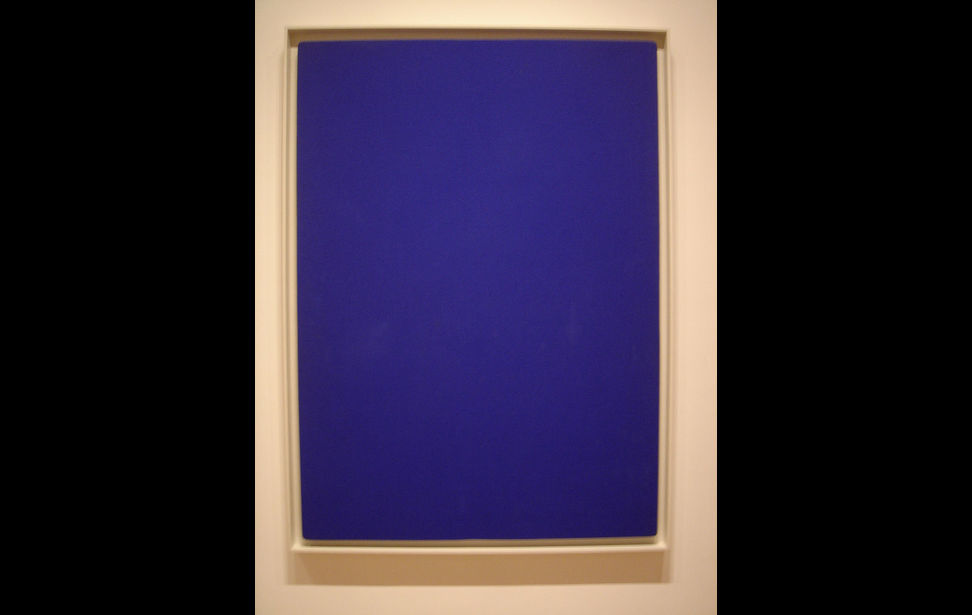 All about Yves’ color that set the world ablaze

The designed and built environment can be quite dreary. Almost every manufactured color that surrounds us is derived from only 336 variations of the so called azo dyes and a very limited number of the other main category of synthetic dyes, the phthalocyanines.  These least expensive colors are added to plastic, concrete, paper, cosmetics, paint and textiles to make all the colors for the humanly built world the same.  Perceptually, this is like wearing blinkers when you consider that human vision detects over 10 million colors.  The genius of Yves Klein was to counteract the limited colors by producing color in his artworks that transgresses these limits. His unique take on synthetic color, International Klein Blue, took several years to make but remains the artist’s distinctive signature some fifty years after his death.

The majority of professional artists buy their materials off the shelf and their art is therefore somewhat determined by what is available in the shops. This was not good enough for Yves Klein; he was the artist, he would control his own medium. Thus he would make his own paint from scratch.  It was while working in London as a picture framer that these ideas emerged. In preparing glues, colors, varnishes and gilds he said he got closer to the materials. He began to create his own pigments, joining forces with the chemist Edovard Adam.  Together they worked for a year experimenting with the process that produces synthetic ultramarine pigment (as seen in Photo 1 and 2) to create a very particular chroma. This color then formed part of an international patent registered in 1957 to prevent its use by anyone other than Yves Klein. Hence the trademark name: International Klein Blue.

But this was only half the story. Artists need to bind their pigment to make paint, usually with oils such as linseed or poppy. But oil always dilutes the color and dulls it - only a tiny bit perhaps, but too much for Klein. So instead he combined the pigment with PVA, an almost invisible binder that also kept the paint intact. The matte, dry, blue surfaces fully expose the raw pigment and maintain virtually 100 percent power and luminosity.

Klein was determined to turn the processes of production towards that of optimum sensual fulfillment. His modern methods even have a few distinct sensory advantages over the techniques of the great masters of antiquity. Firstly, synthetic ultramarine has a more intense hue than naturally produced ultramarine which was always used until modern times, and secondly, even the masters needed to dull their colors just a little by the addition of oil and resin binders.  Klein's methods yield a blueness of such intensity rarely encountered in the humanly-made environment and even quite rarely in nature. He triumphed with modern color technology, at the service of the senses.