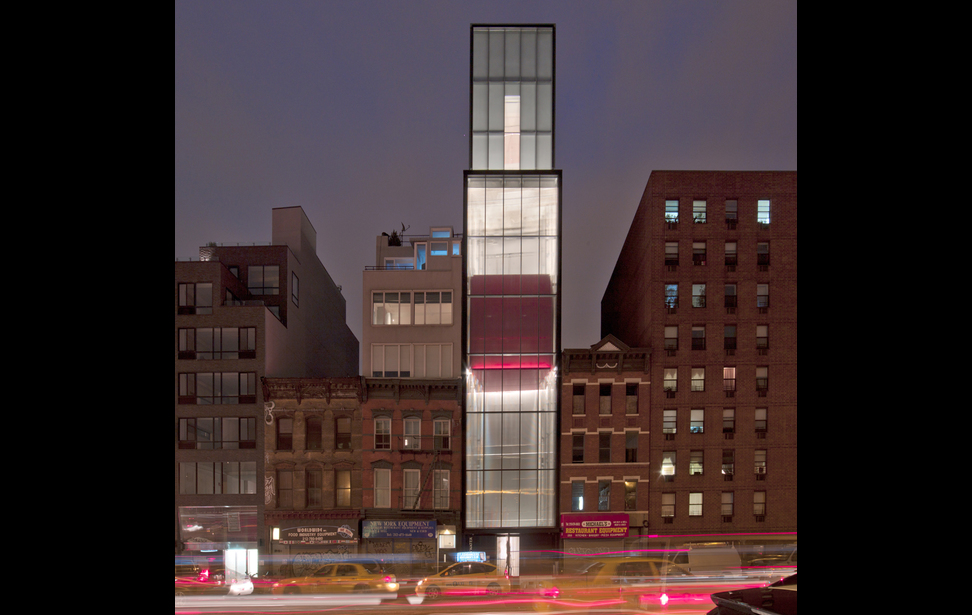 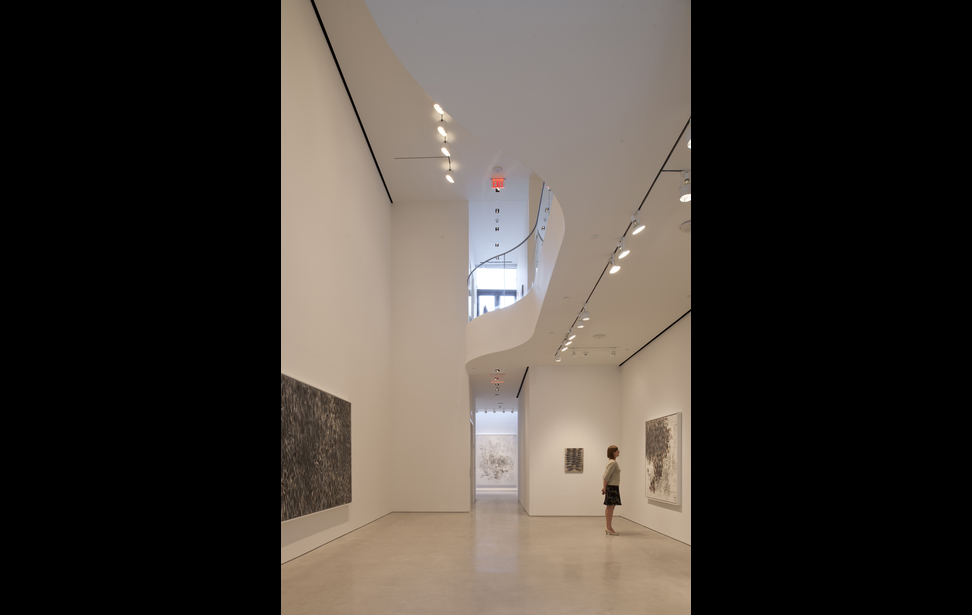 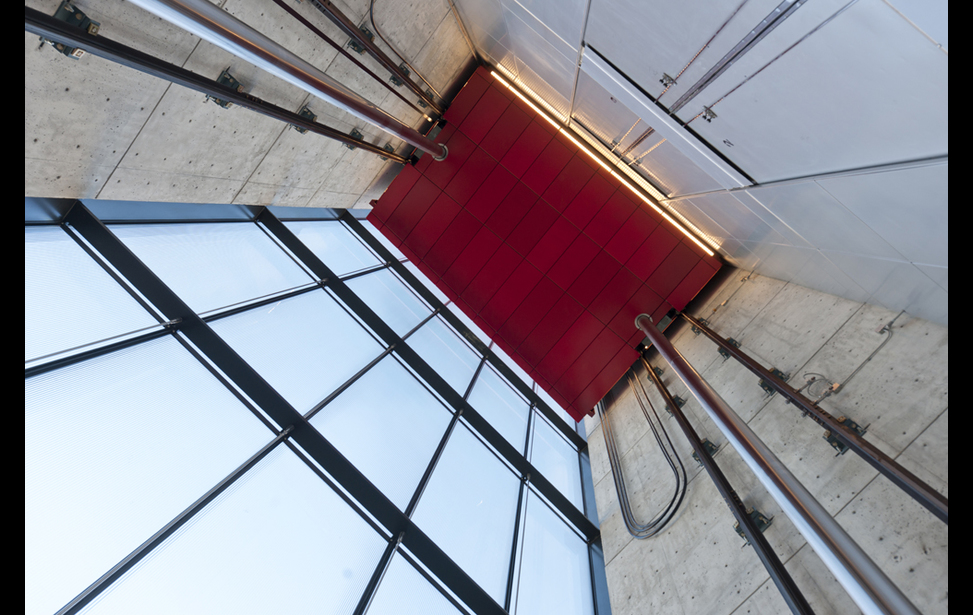 NEW YORK, NY -- For most people, the bottom of an elevator shaft is just about the last place they’d want to find themselves. Yet, it is precisely where famed architect Norman Foster placed the new lobby entrance of Manhattan’s Sperone Westwater Gallery—directly beneath the world's first moving exhibition room (as seen in Photo 1).

To accommodate future artists, the gallery asked Lord Foster to design the new nine-story gallery, a rather small project for Foster’s prestigious firm. His past works, such as the Beijing Airport have been much larger in scale. Even so, he was excited by the challenge of working within such a narrow space—only 25 feet wide by 100 feet long (as seen in Photo 2).

Because the gallery is essentially a vertical space, the challenge for Foster was to ensure that there would be enough space for the safe transportation of large works of art between the floors. Instead of creating a large freight elevator to be hidden in the back of the building, Foster redesigned it as a room, making it the defining feature of the building.

The 12 foot by 20 foot moving room (as seen in Photo 2) boasts its own heating and cooling system, electrical work, and fire-suppression system, and its movement is operated by gallery staff. There is no sense of movement when “riding” in the room, and the duration of time spent traveling between the exhibition floors is long enough to engage with the featured art.

This unique space takes on different functions given the artist and exhibition. For traditional shows, it serves as an additional viewing room, presenting master works, such as a recent Italian painting exhibit. It can also serve as a designated project space for site-specific works, such as Bruce Nauman’s audio installation piece for his exhibition titled For Children / For Beginners. The dynamic room is an active agent in the aesthetic experience, mediating between the artwork, the viewer, and the gallery itself.

Outside the building, the red room is visible through the glass facade (as seen in Photo 3), rising at a gentle pace that intentionally contrasts the speed on the street. According to the Wall Street Journal  it “elevates the Bowery” as evidenced by passersby who “stop on the street just to watch it move.” Clearly, Lord Foster's design is equally rich in surprise and subtlety as the art that hangs on its walls.