Artist, designer, and teacher, Donald E. Munson, radiates kindness and generosity -- which is why an invitation to visit his studio was answered with an enthusiastic “Yes!” by the education team at Grumbacher. We met up with the inspiring Longmeadow, MA artist for a tour of his home and studio. 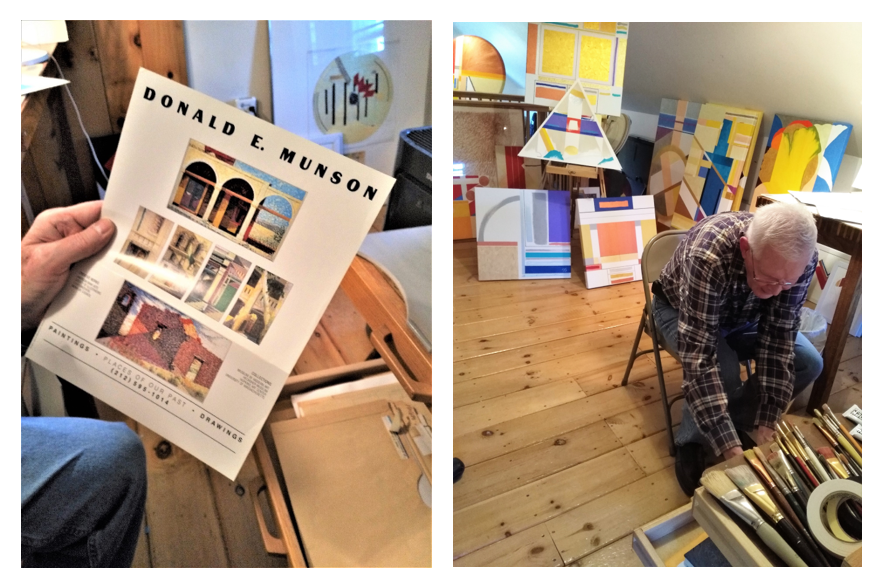 The artist in his studio. Collections include: Museum of Modern Art and the Hecksher Museum.

No stranger to the art world, Don’s residence serves as a tribute to a life intertwined with the arts. His home is filled with interesting artifacts from the past as well as artworks received and made in collaboration with other artists. A few noteworthy items in his collection: the artwork that garnered him a Grammy nomination for Best Album Cover for the “Chicago VI” album design. At the time, he was the art director for American Bank Note Company and worked with engravers to create the album cover design. Another notable momento from his past includes the Association of Science Fiction & Fantasy Artists’ Chelsey Award for best art director, which he won while working at Ballantine Publishing.

Don in his home next to a print of the "Chicago VI" album that he co-designed.

Before settling in Longmeadow, MA, Don was the art director of several publishing houses in New York City. An experienced designer and teacher, Don made the move to Massachusetts so that he and his wife could be closer their daughter. He taught several classes in the design department at Westfield State University before deciding to paint full time from his home studio. Away from the studio, he can currently be found teaching fine art classes at the Longmeadow Adult Center. He will be adding more classes and locations to his schedule in the coming months. 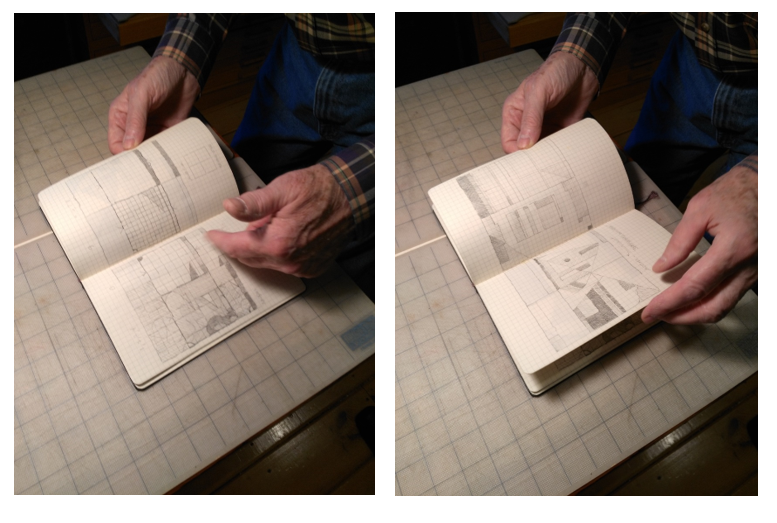 Flipping through one of his sketchbooks.

Don’s personal art studio is located on the 3rd floor of his house, up a small set of red stairs that lead to a bright, open space filled with paintings and drawings. You’ll find artwork inspired by haikus, morse code, runic art, and numbers. His work is an intersection between naturalism, abstraction, and a designer’s love for composition. Douglas P. Clement of Take Magazine writes, "His work assimilates, then trandscends, to illuminate abstracted essential truths with a masterful visual language built on line and color." The tour of his space allows the artist to guide us through his intentions as a painter. Don relays, “Paintings I create are the visual tension between abstraction and realism.”

Thank you Don, for allowing us into your home and sharing your studio with us and our readers.

More images of his artwork can be found by visiting www.redstairstudio.com

Varnishing: The Final Step in the Painting Process