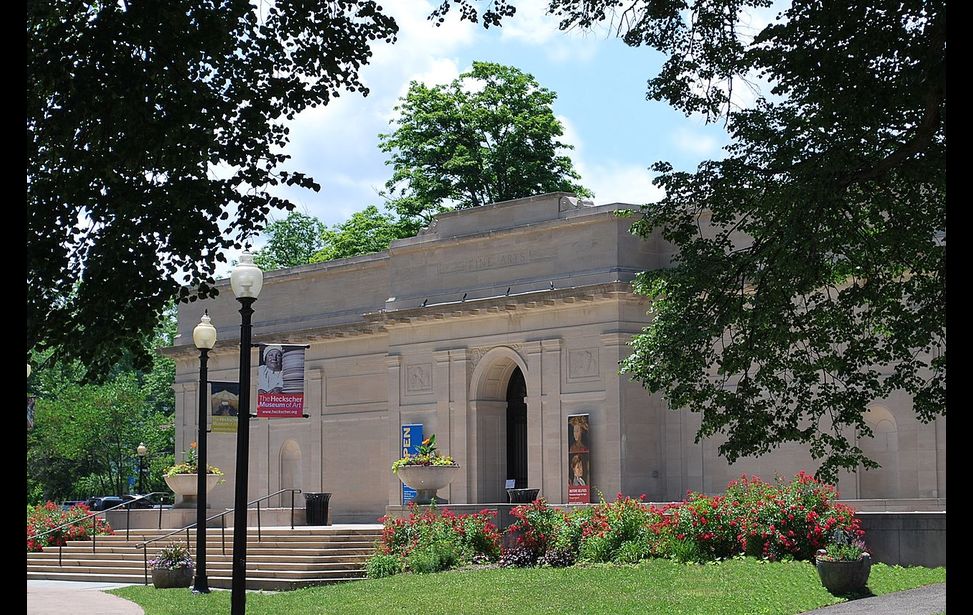 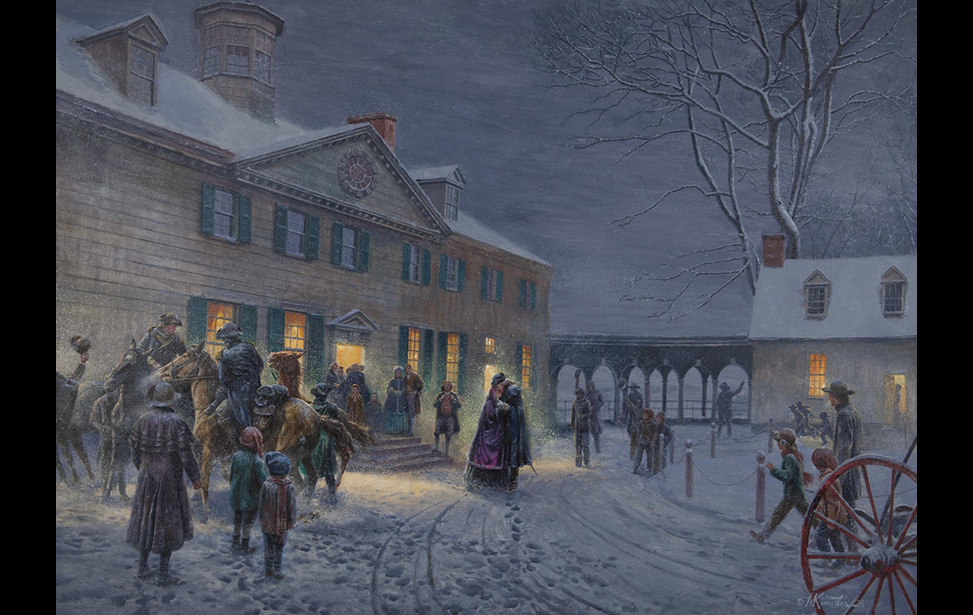 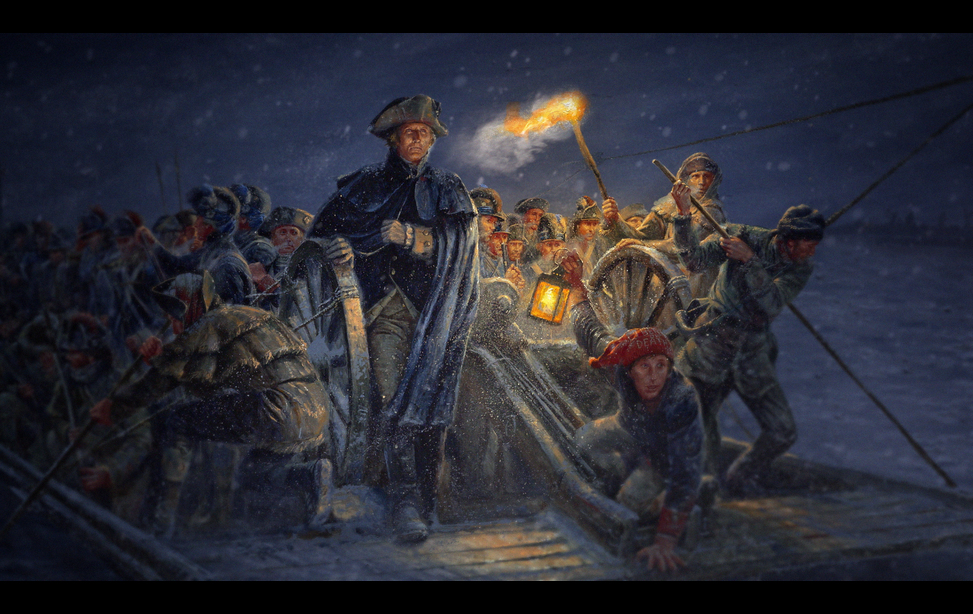 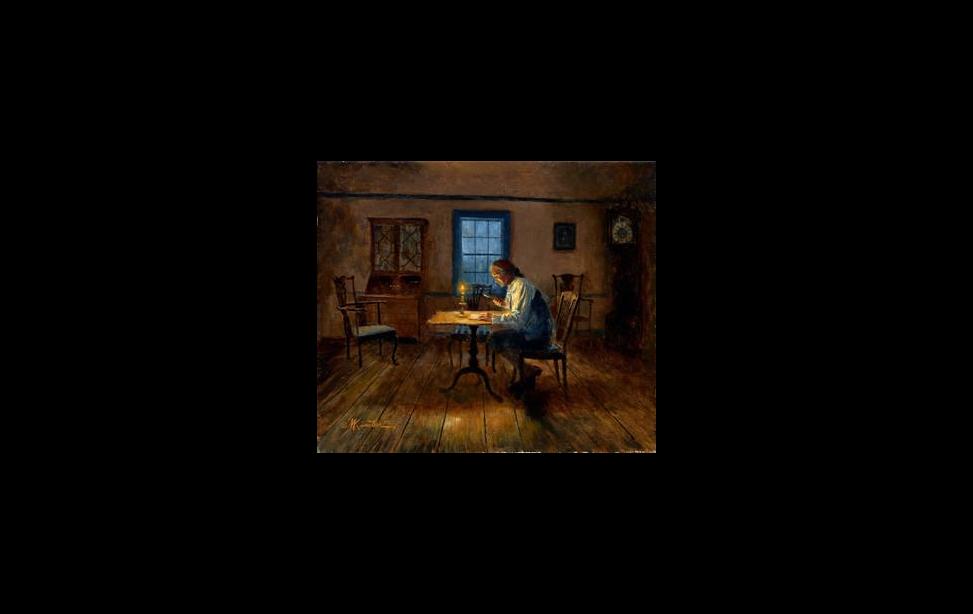 Huntington, NY – The extraordinary history of the United States is brought to life in a vibrant new exhibit depicting the new nation’s birth.  Mort Künstler: The New Nation traces the founding of our country with exquisite detail by artist Mort Künstler, renowned for his evocative portrayal of American history. Featuring 32 of his most recent works, Mort Künstler: The New Nation opens December 10, 2016, at the Heckscher Museum of Art, and runs through April 2, 2017.

The noteworthy exhibit outlines the expansive story of our country’s birth, from settlement through the Revolutionary War, to the inauguration of George Washington.  Already known as “America’s Civil War painter,” Mr. Künstler has devoted his career to the entire swath of American history. His paintings are characterized by factual accuracy and emotional depth which bring new insight to iconic historical images such as Washington’s 1776 crossing of the Delaware River and the reading of the Declaration of Independence.

“I want people looking at the paintings to feel like they are there,” said Mr. Künstler. “Since the first painting I did of this time period – Reading the Declaration of Independence to the Troops – I have wanted people to enjoy the work and then learn something in the process.”

Mr. Künstler’s pictures have been exhibited in museums throughout the country, and his paintings are the subject of books and a documentary film. The U.S. Postal Service issued a stamp using his Civil War painting Buffalo Soldiers.  Mort Künstler: The New Nation captures the artist’s unique vision in interpreting the American Revolution. The artist will share his insights at a gallery talk and book signing on January 12, 2017 at 7 P.M. at the Heckscher Museum of Art. 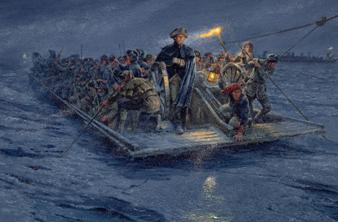 Included in the exhibit is Mr. Künstler Washington’s Crossing, which reimagines an iconic moment in history. The painting is widely considered to be a more factual rendering of the event, showing Washington on a flatboat ferry in a blinding snowstorm. 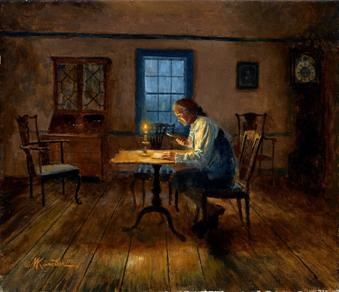 The Culper Spy Ring depicts patriot Robert Townsend reading an encrypted letter at his house in Oyster Bay, Long Island, coincidently Mr. Künstler hometown. “This is close to my heart,” Mr. Künstler noted.  The house, Raynham Hall, is now a historical site. A second picture by Künstler, Sally’s Valentine, shows the outside of the house.

Enjoy an intimate conversation with the preeminent painter of American history, Mort Künstler. Surrounded by Künstler’s artwork and works from his private collection in the Museum’s exhibitions, The New Nation and Norman Rockwell and Friends: American Illustrations from the Mort Künstler Collection, the artist shares stories behind his historical works and his collecting vision for the extraordinary collection representing the Golden Age of American Illustration. (Inclement Weather Date: January 19)

Norman Rockwell and Friends: American Illustration from the Mort Künstler Collection showcases his discerning talent as a collector of iconic artwork from Norman Rockwell, J.C. Leyendecker, Maxfield Parrish and more. Encompassing 75 paintings and sketches acquired over decades, this is the first time this private collection is on public view. Norman Rockwell and Friends: American Illustrations from the Mort Künstler Collection remains on view through March 5, 2015

Synapses: Threads for Thought presents over two dozen works from the Museum’s collection as a thread of diverse connections. Paintings, prints, and photographs are arranged so that each work links to those that precede and follow it. Works range from a late 16th-century Annunciation and George Grosz’s Eclipse of the Sun to abstractions by Arthur Dove and photographs by Larry Fink. Synapses: Threads for Thought remains on view through April 9, 2017.

Accredited by the American Alliance of Museums (AAM) since 1972.