The Heckscher Museum of Art: Norman Rockwell and Friends - American Illustrations from the Mort Künstler Collection Open through March 5th 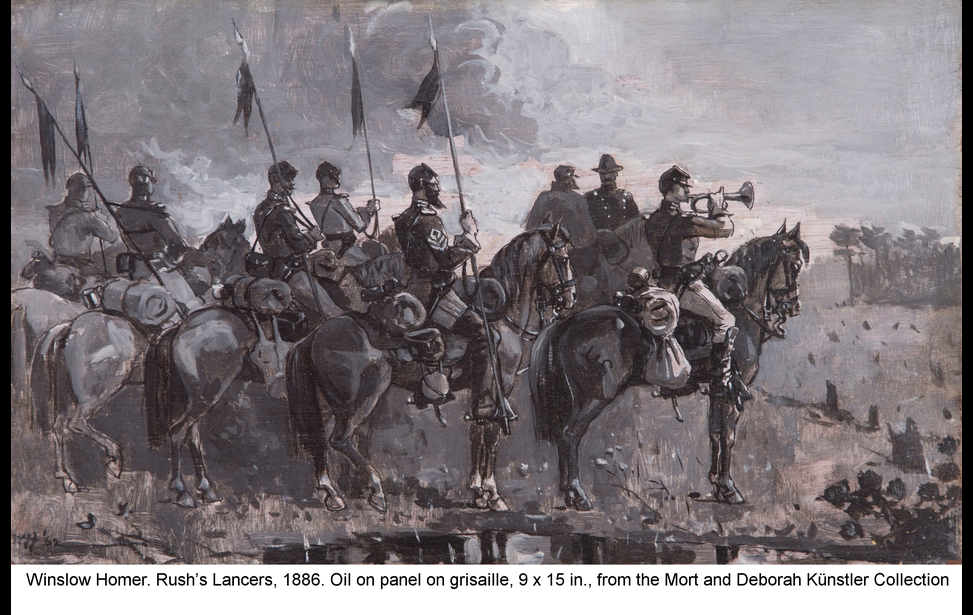 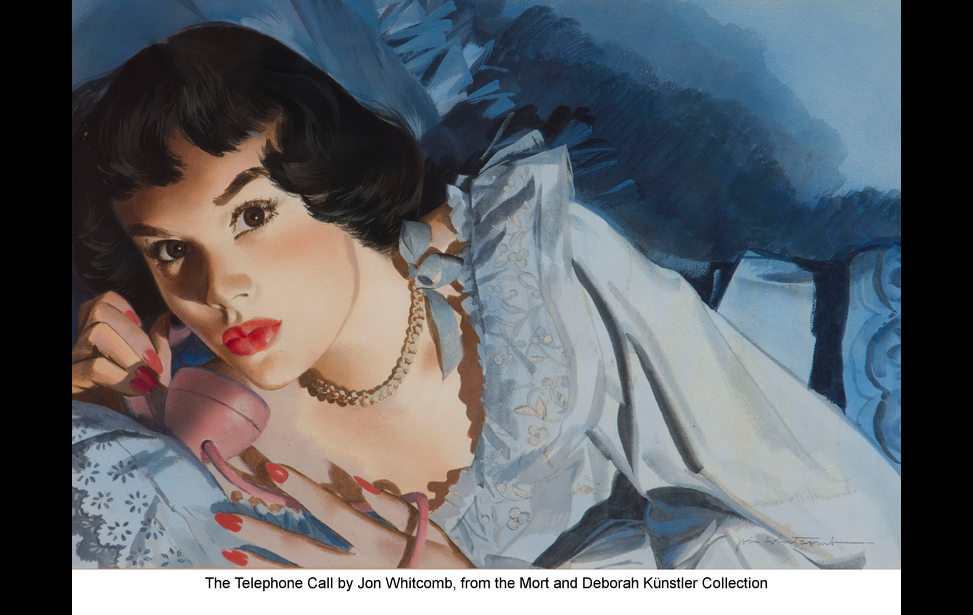 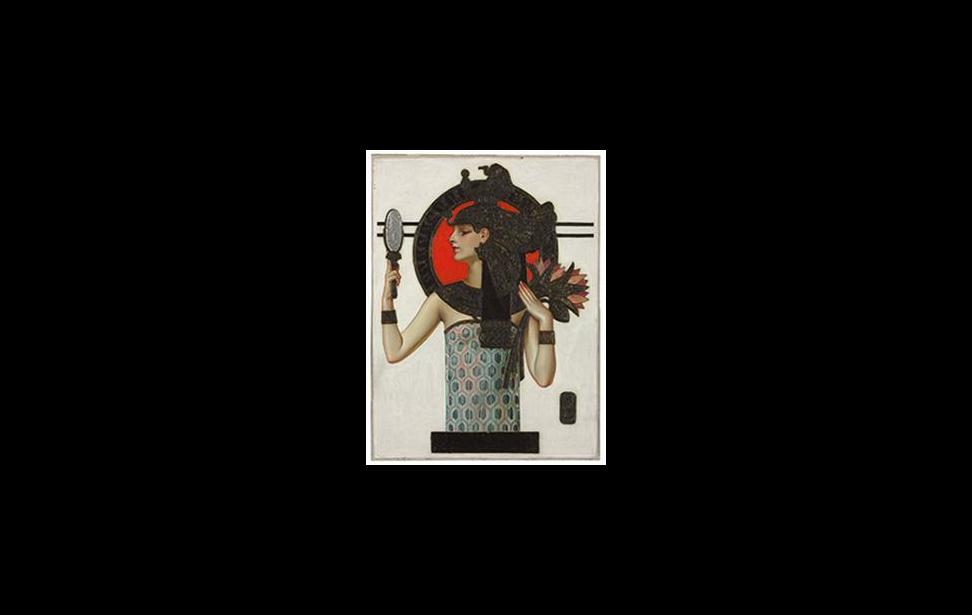 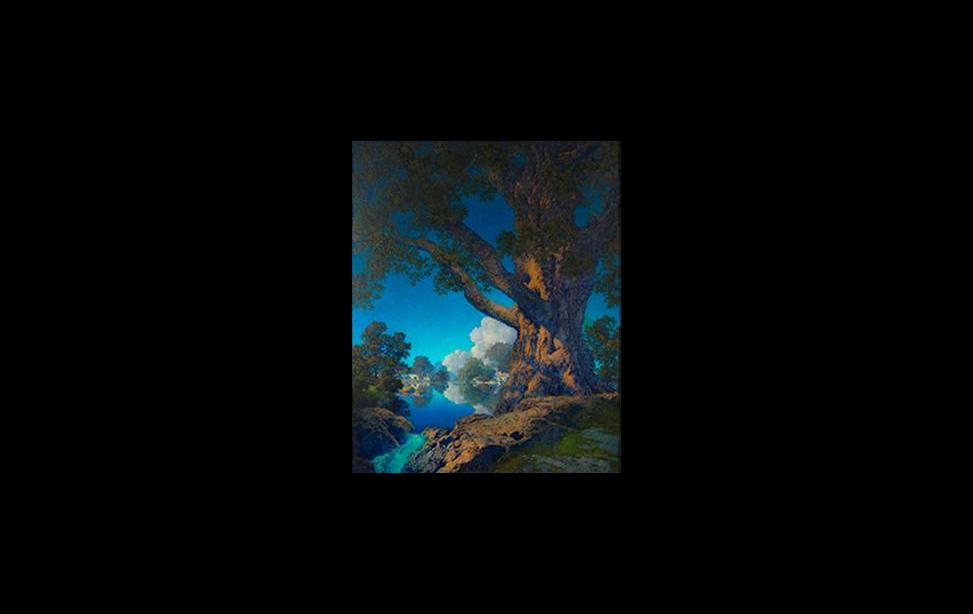 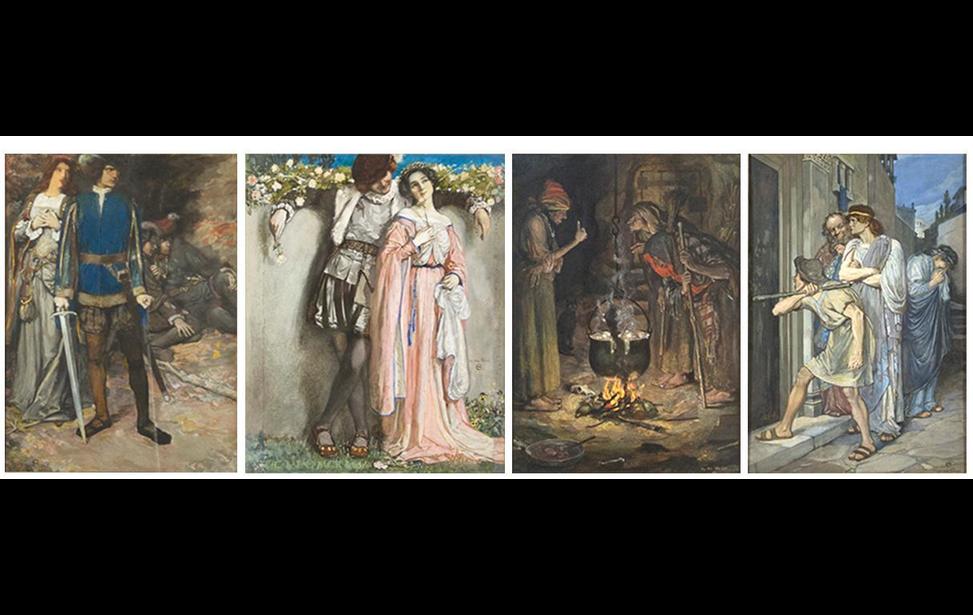 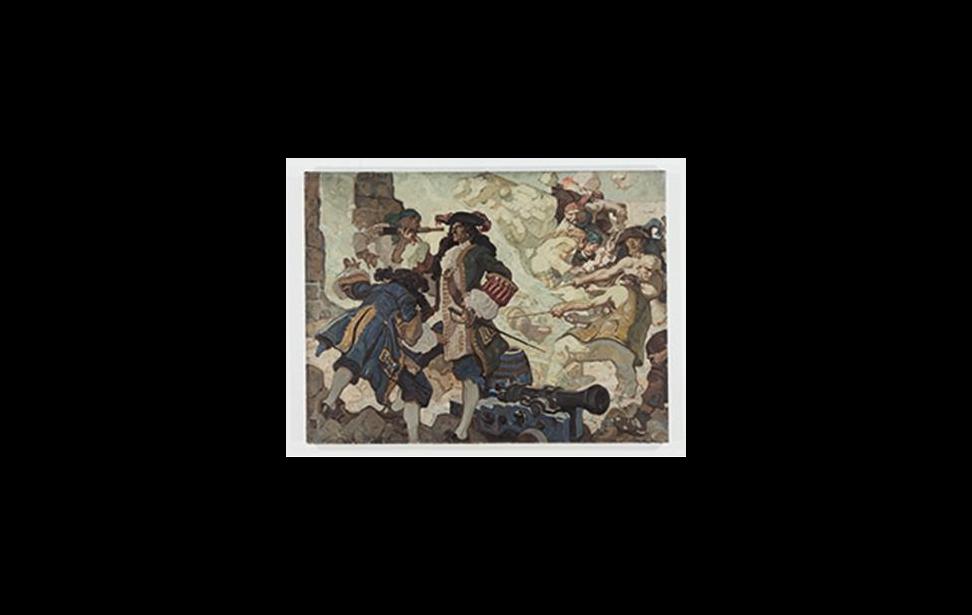 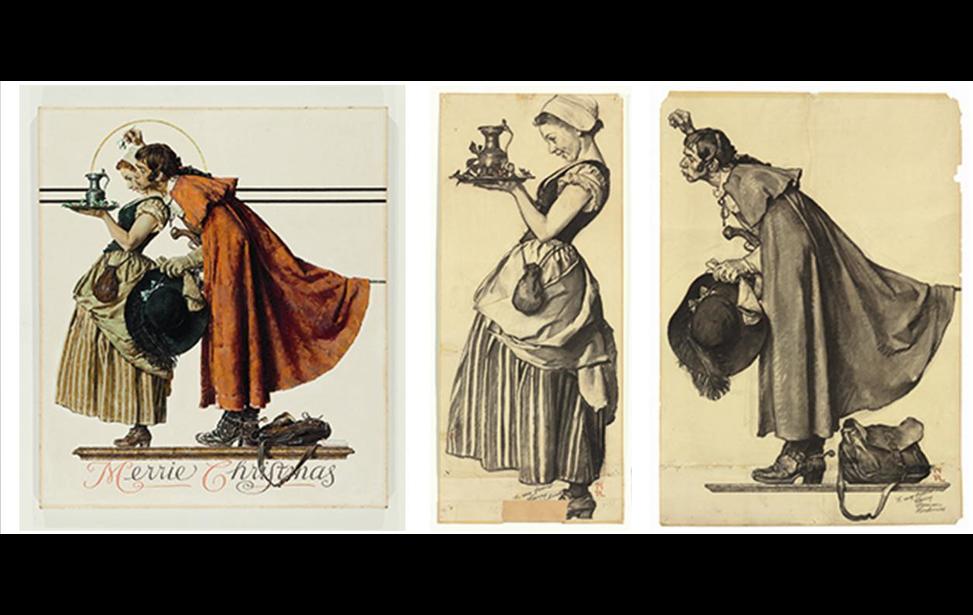 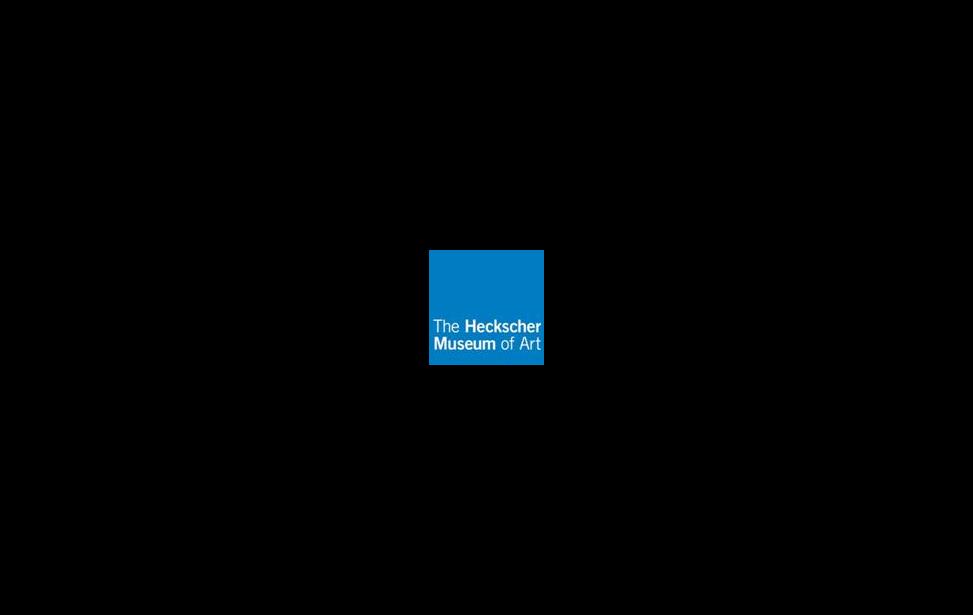 Huntington, NY – Norman Rockwell, the quintessential American illustrator, anchors an impressive new exhibit of iconic artwork from the collection of Mort Künstler, a gifted artist and a discerning collector of important American illustration.

Norman Rockwell, J.C. Leyendecker, Dean Cornwell, Charles Dana Gibson, N.C. Wyeth, Maxfield Parrish, and Winslow Homer are some of the names in the pantheon of great American illustrators represented in the Künstler collection.  In the late 19th- and through the mid-20th-centuries, these artists produced images for illustrated magazines and books that were avidly read by an increasingly literate American public. Their illustrations assume a cultural significance equivalent to that of television and digital technology today. Depicting sentimental themes or dramatic adventures, the country’s illustrators envisioned the aspirations of the nation and gave visual expression to the American character.

“I started collecting because these guys were my idols. And no one else was interested. . .  I started out dreaming of owning five artists: Howard Pyle, N.C. Wyeth, Norman Rockwell, J.C. Leyendecker, and Dean Cornwell. Once I had them, I couldn’t stop.”  ? Mort Künstler

Mort Künstler began collecting after establishing a successful career as an illustrator in New York. He recalls buying 10 works by J.C. Leyendecker at a time when there was little interest in American illustration. Künstler makes the distinction that he collected “fine” illustration – and sought quality work by the best artists. Norman Rockwell and Friends: American Illustrations from the Mort Künstler Collection remains on view through March 5, 2017. 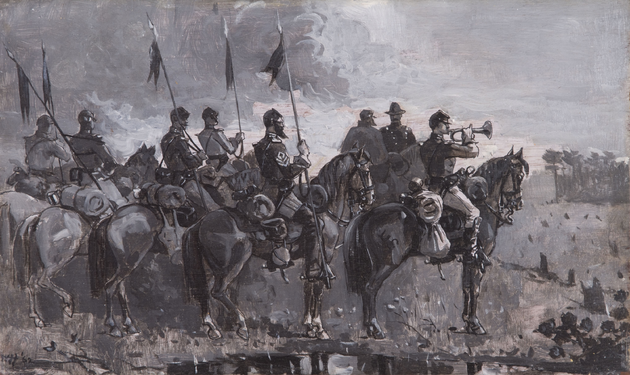 Winslow Homer. Rush’s Lancers, 1886. Oil on panel on grisaille, 9 x 15 in., From the Mort and Deborah Künstler Collection

Included in Norman Rockwell and Friends is Rush’s Lancers by Winslow Homer (1836-1910). Rush’s Lancers – the Sixth Pennsylvania Cavalry – was a respected volunteer regiment in the American Civil War. Homer completed the oil sketch in the Künstler collection during the war. In 1886, a wood engraving after Homer’s sketch was published in The Century Magazine. Künstler, too, did a painting of Rush’s Lancers, and when the Homer sketch became available, he had to have it. 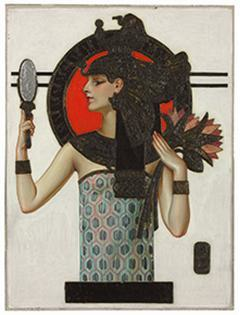 J.C. Leyendecker (1874-1951) is another major talent represented in the exhibition.   After studies at the Chicago Art Institute, Leyendecker enrolled in the Académie Julian in Paris. He was a brilliant illustrator, and the leading cover artist for the wildly popular Saturday Evening Post. The Post alone commissioned over 300 cover images. Leyendecker was an image-maker whose chic subjects became icons of the early 20th century. His work influenced an entire generation of younger artists, Norman Rockwell among them. 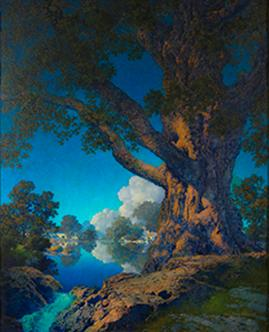 Maxfield Parrish’s (1870-1966) career spanned nearly eight decades. His work was mass produced on posters, in books and magazines, and commercial advertisements. The artist’s use of the color lapis lazuli or “Parrish Blue” made his work recognizable to audiences across America. Parrish’s images evoke magical worlds that are radiant and idealized. He was the most successful and best-known book illustrator during the early 20th century. Parrish’s Janion’s Maple is featured in the exhibition.

Norman Price. Illustrations for Tales of Shakespeare, 1905. Opague watercolor on illustration board.

Norman Rockwell and Friends includes four original watercolor illustrations by Norman Price (1877-1951) for the book Tales of Shakespeare.  Price was known for creating historical works that were meticulously researched.  While living in New York, his illustrations appeared in widely read periodicals such as Harper’s, Cosmopolitan, and Woman’s Home Companion. His adveritising accounts included Coca Cola and Sherwin Williams Paints. But Price’s book art best exemplifies his talent and legacy. 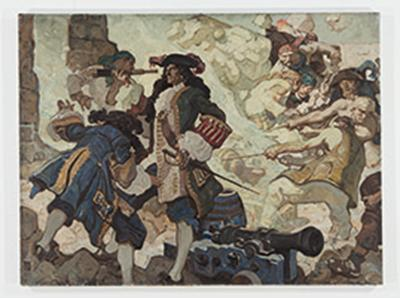 Dean Cornwell ( 1892-1960) was a famous illustrator, highly regarded by his peers. Indeed,  Norman Rockwell dubbed Cornwell the “Dean of Illustrators.” Cornwell received commissions from the finest magazines and illustrated the work of some of the most notable names in the world of literature, including Ernest Hemingway and Pearl S. Buck. His paintings have been exhibited at the Whitney Museum, the Pennsylvania Academy of Fine Arts, and the Chicago Art Institute.

Norman Rockwell. Under the Mistletoe, cover of The Saturday Evening Post, December 19, 1936. Oil on canvas, 37 x 32 in. And charcoal studies.

Norman Rockwell (1894-1978) is represented in the exhibition by a number of paintings and sketches. Rockwell’s inner-city up-bringing in Manhattan apartments and boarding houses bears little relationship to his later artistic subject matter. Instead, modest family vacations in upstate New York inspired an idealized view of life that resonated with Americans. The widespread reproduction of his work and the popularity of his imagery made Rockwell one of the nation’s best known artists.

Enjoy an intimate conversation with the preeminent painter of American history, Mort Künstler. Surrounded by Künstler’s artwork and works from his private collection in the Museum’s exhibitions, The New Nation and Norman Rockwell and Friends, the artist shares his collecting vision and stories behind amassing this extraordinary collection representing the Golden Age of American Illustration. (Inclement Weather Date: January 19)

Synapses: Threads for Thought presents over two dozen works from the Museum’s collection as a thread of diverse connections. Paintings, prints, and photographs are arranged so that each work links to those that precede and follow it. Works range from a late 16th-century Annunciation and George Grosz’s Eclipse of the Sun to abstractions by Arthur Dove and photographs by Larry Fink. Synapses: Threads for Thought remains on view through April 9, 2017.

Accredited by the American Alliance of Museums (AAM) since 1972.