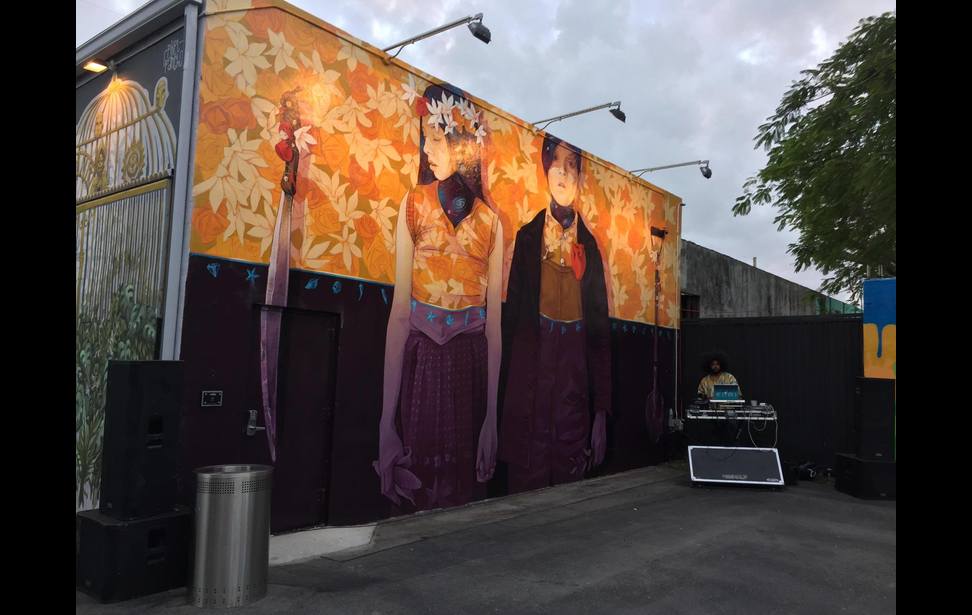 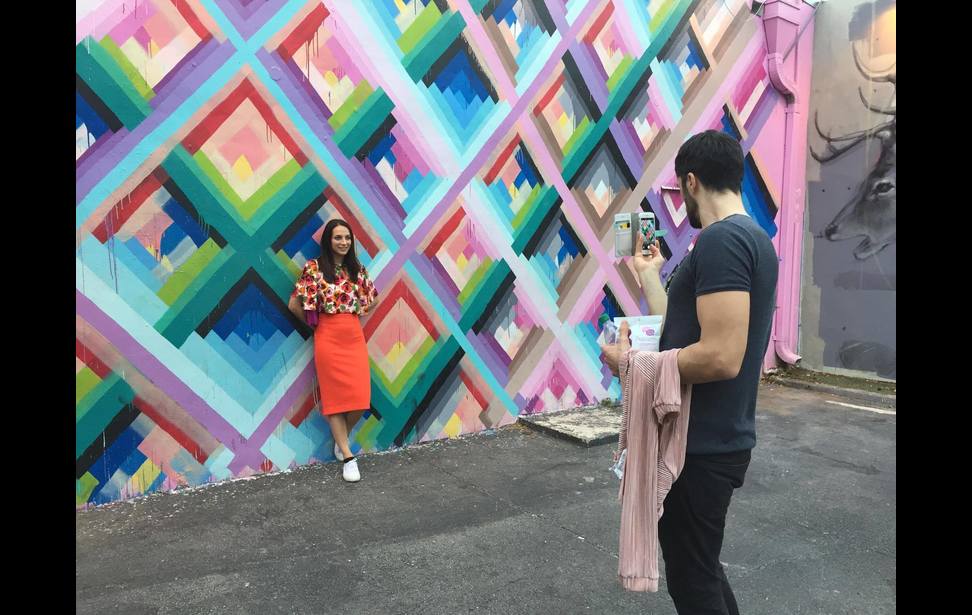 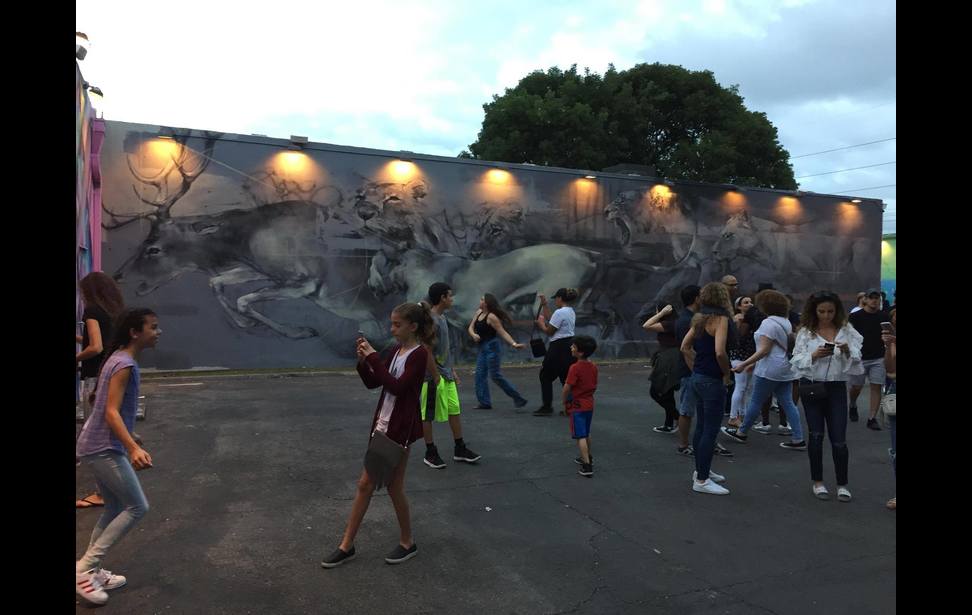 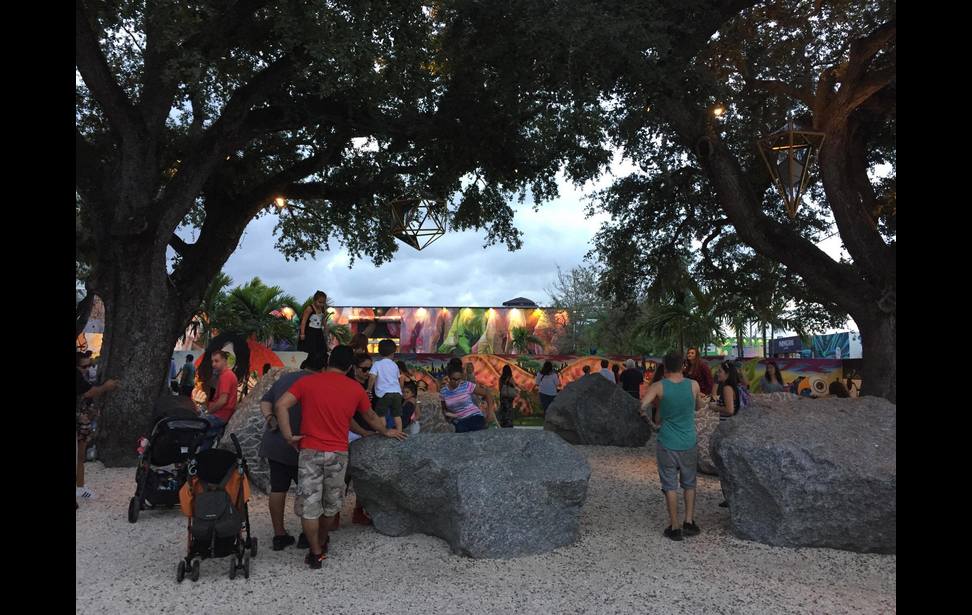 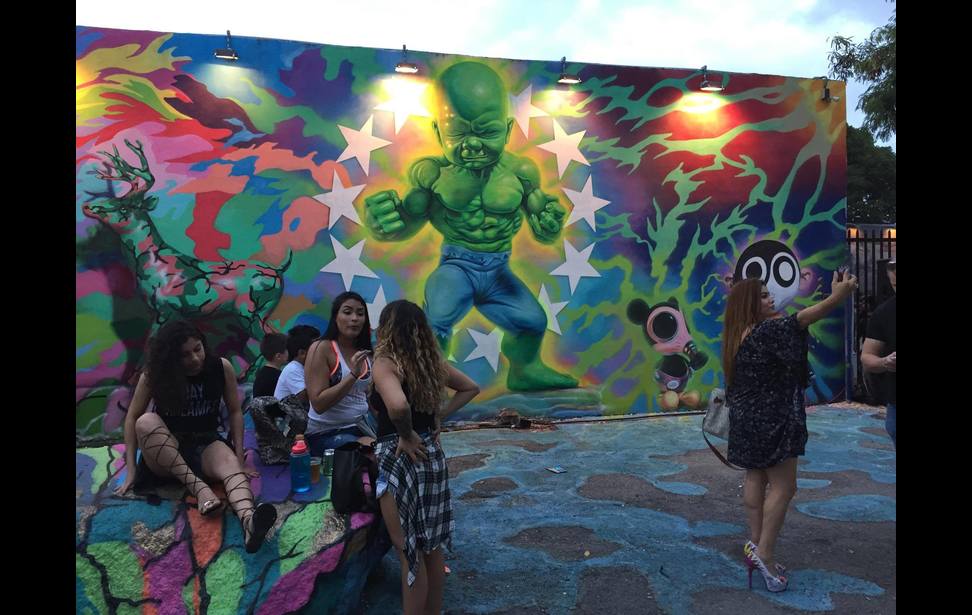 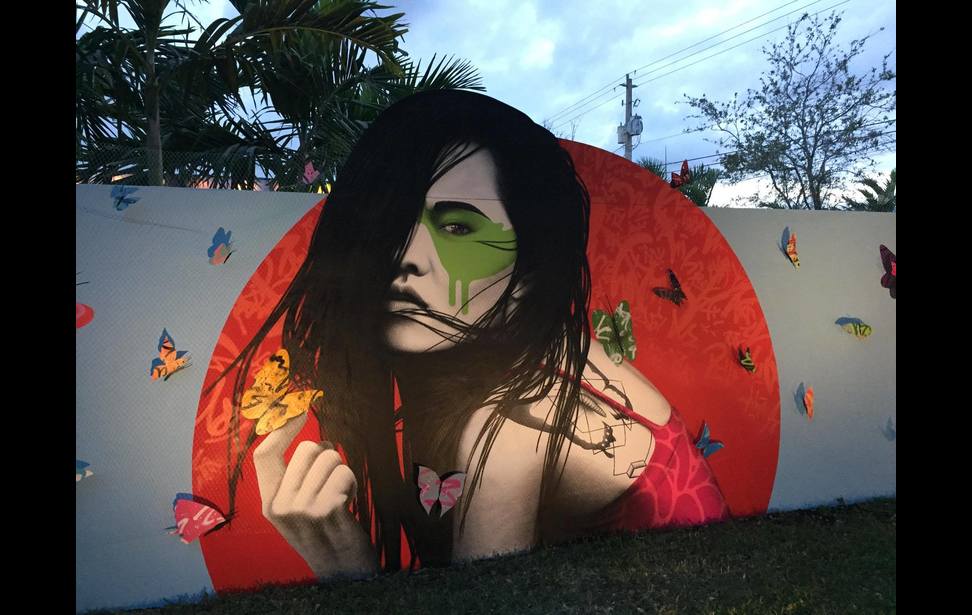 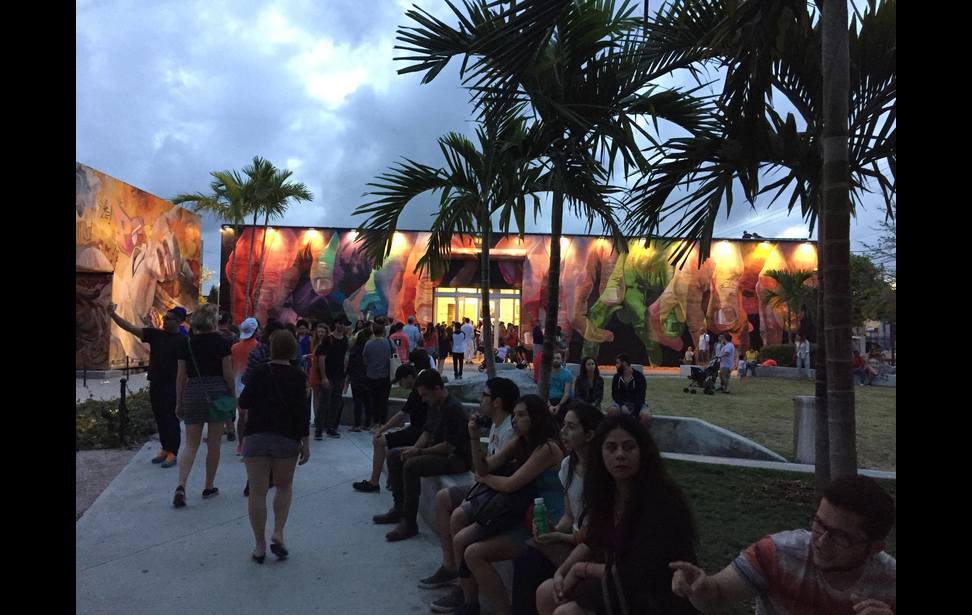 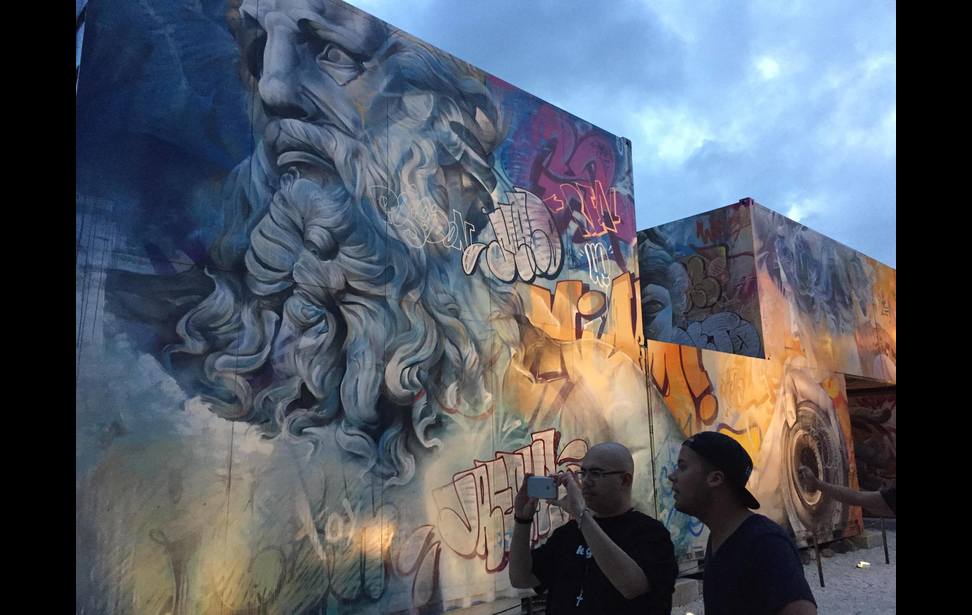 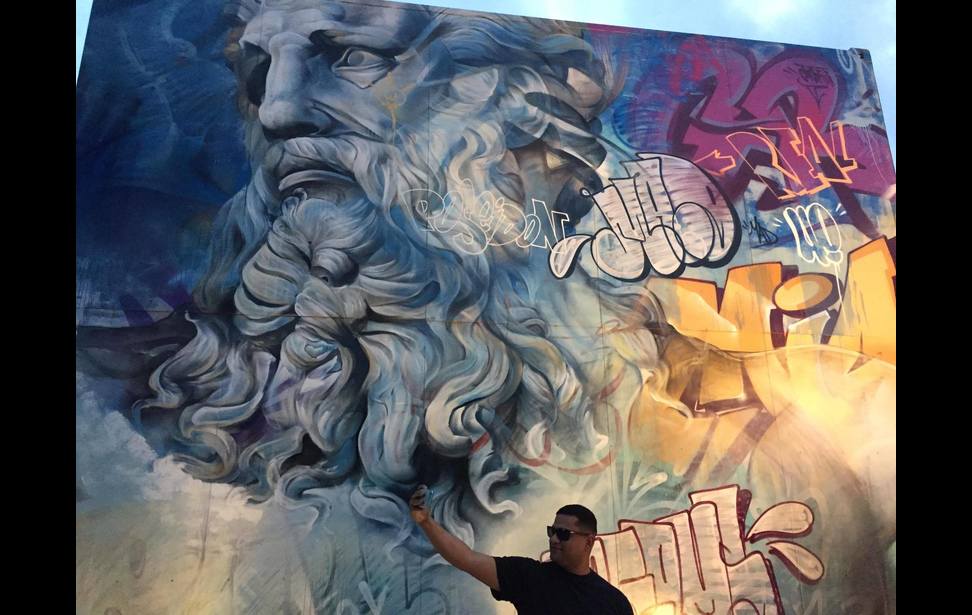 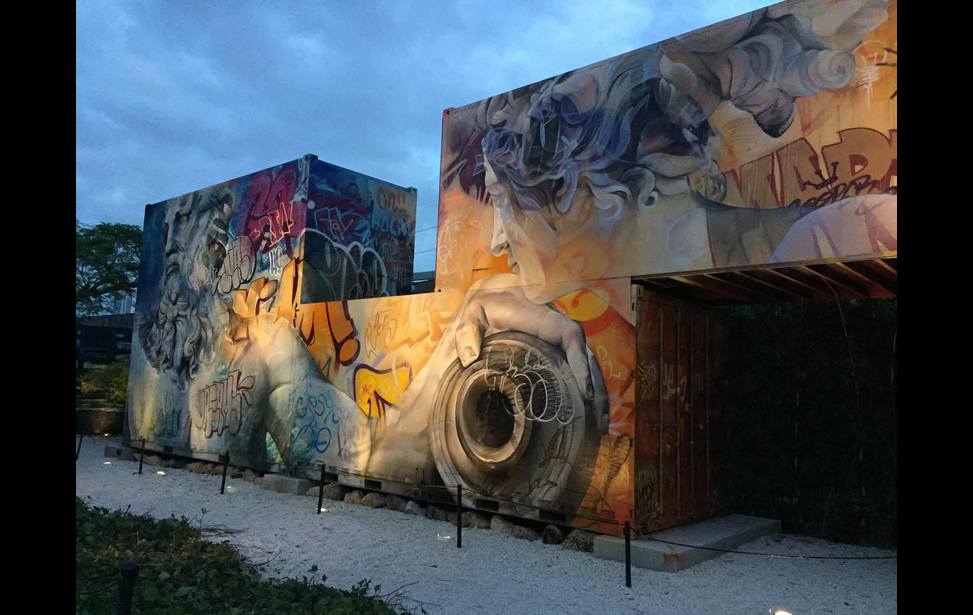 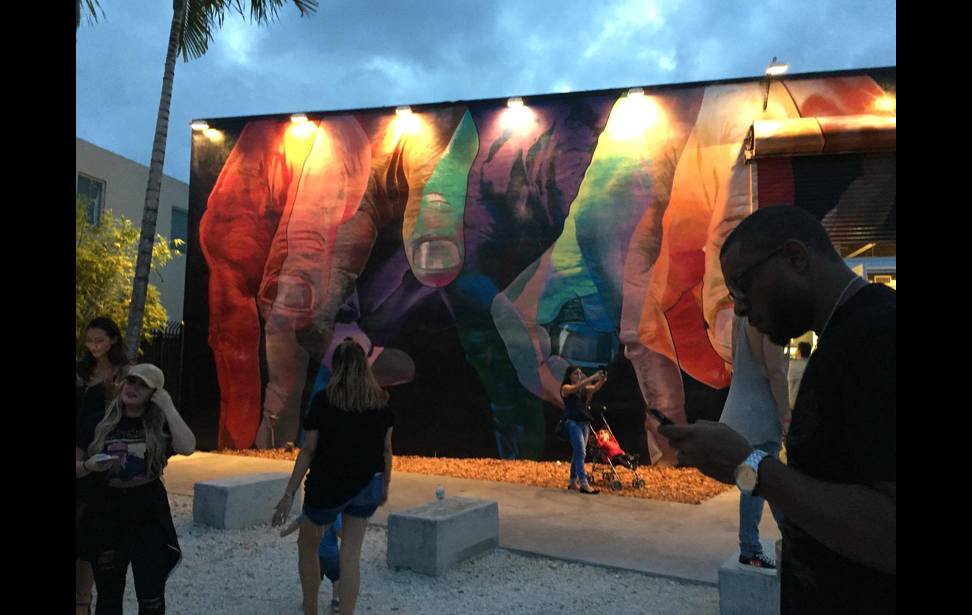 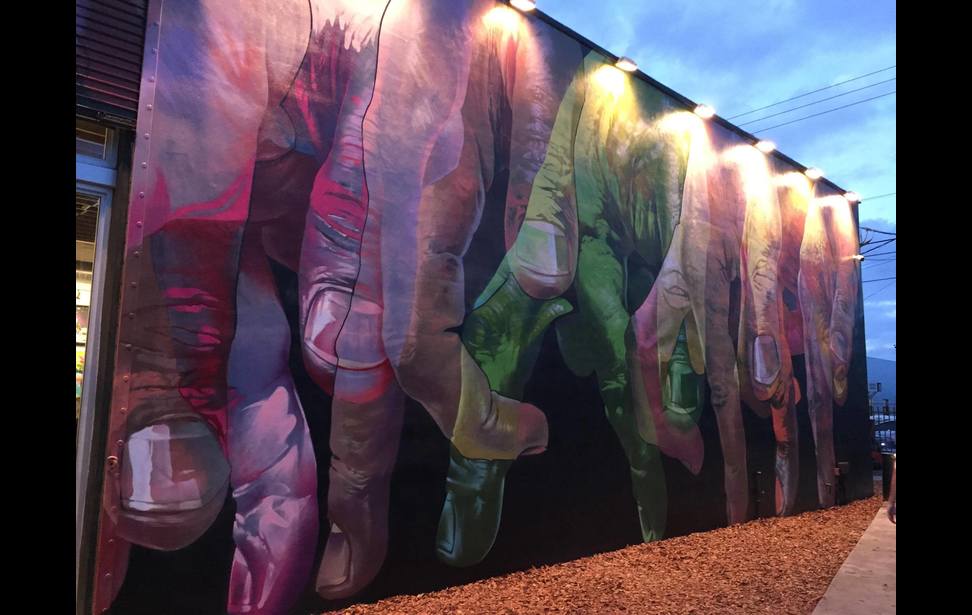 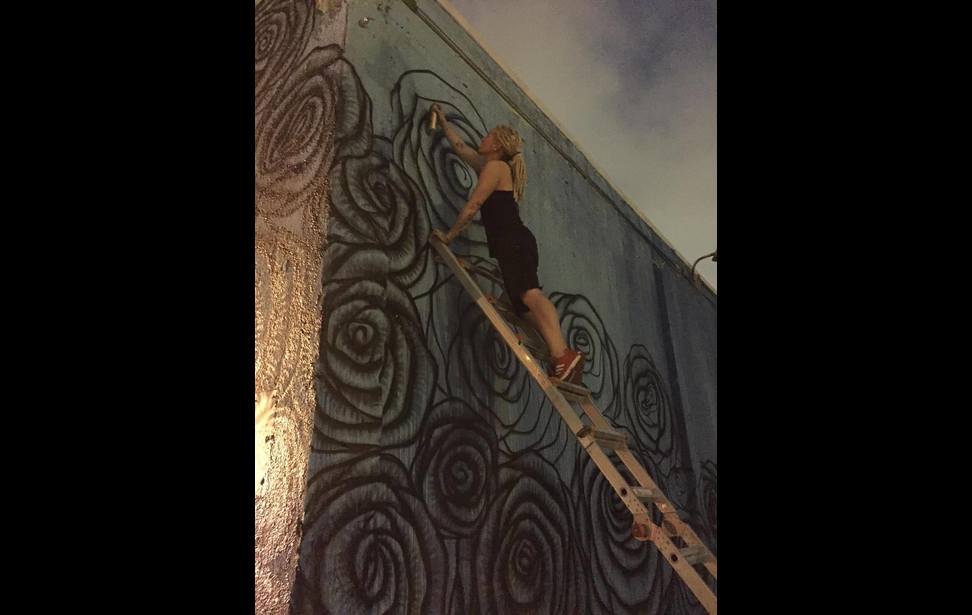 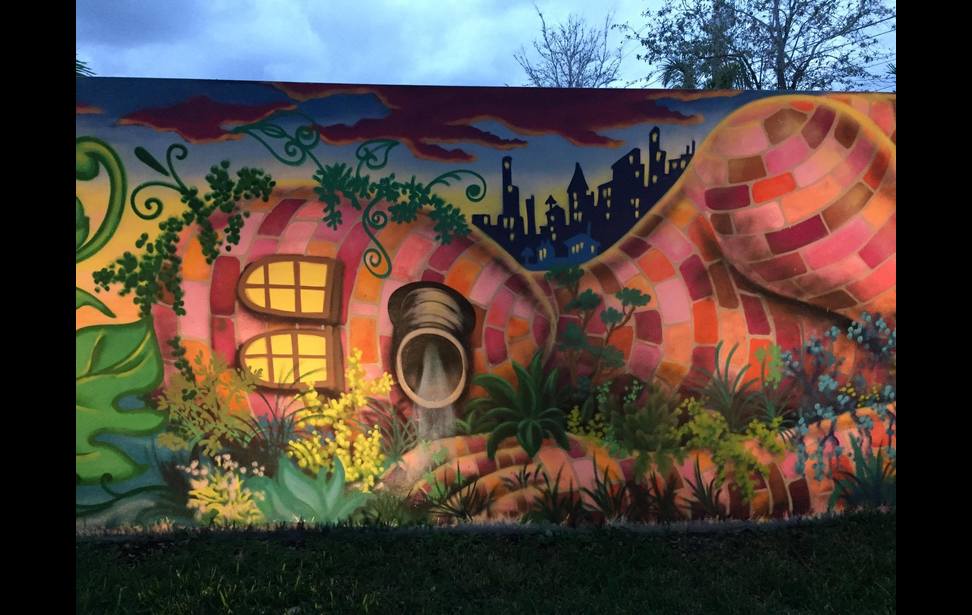 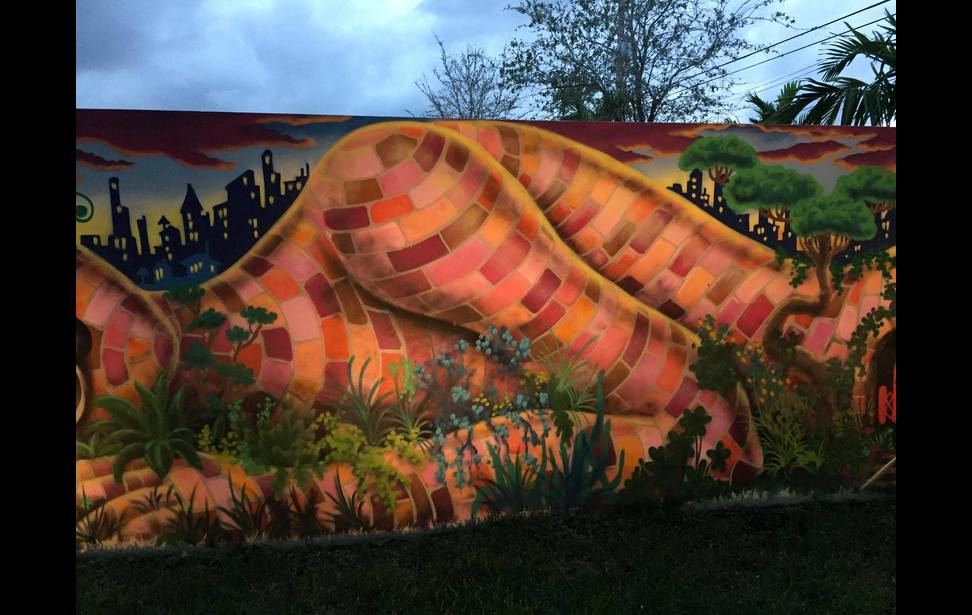 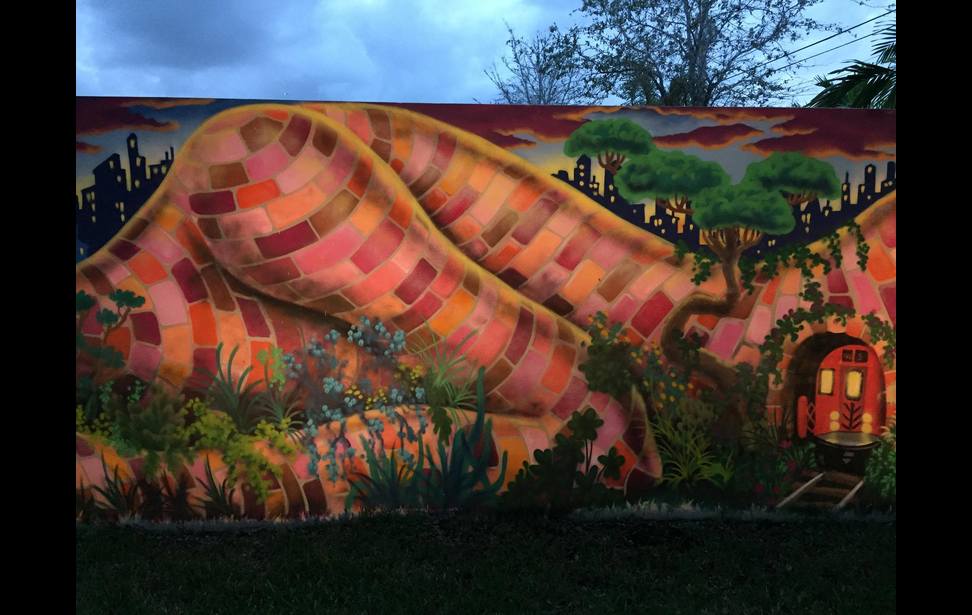 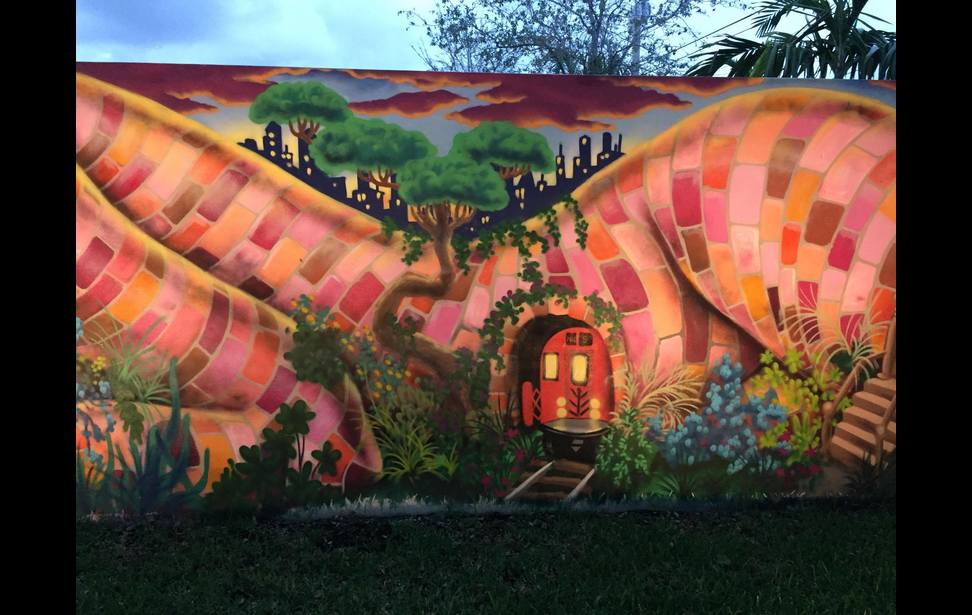 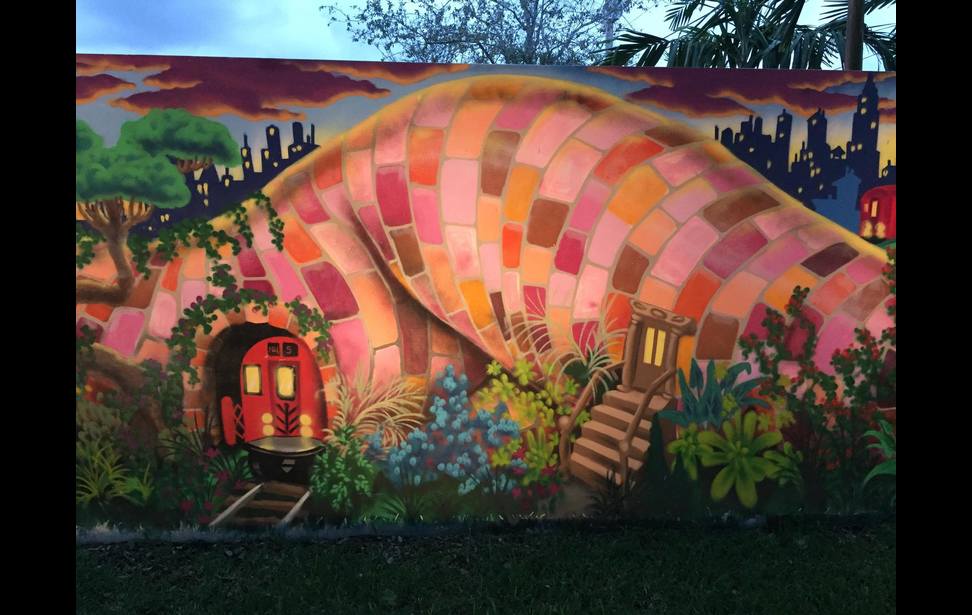 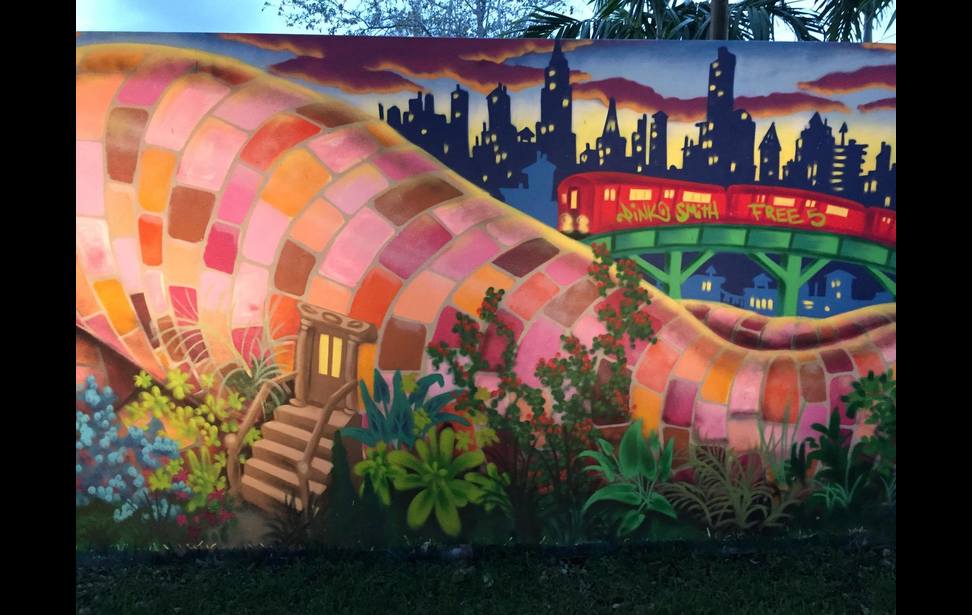 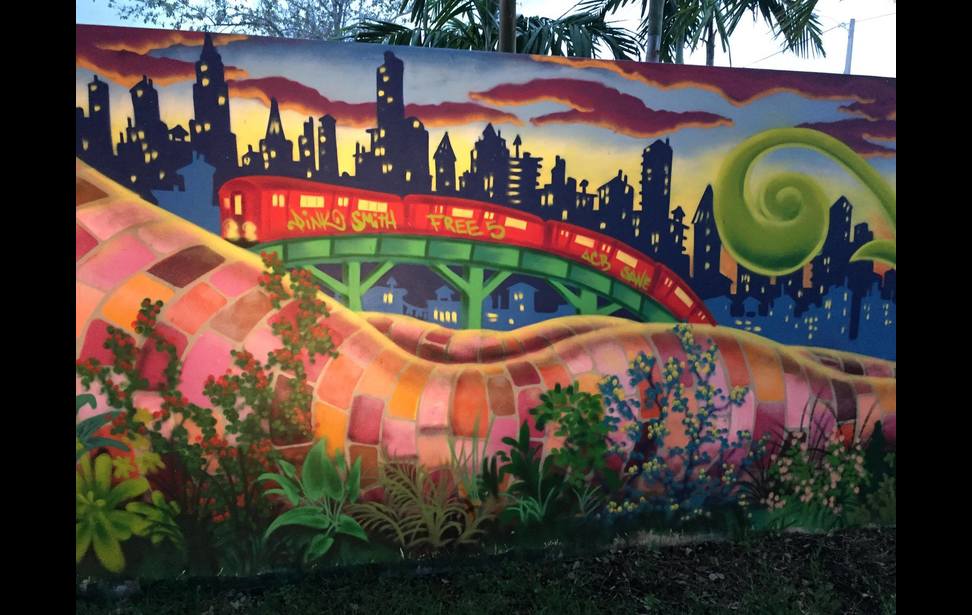 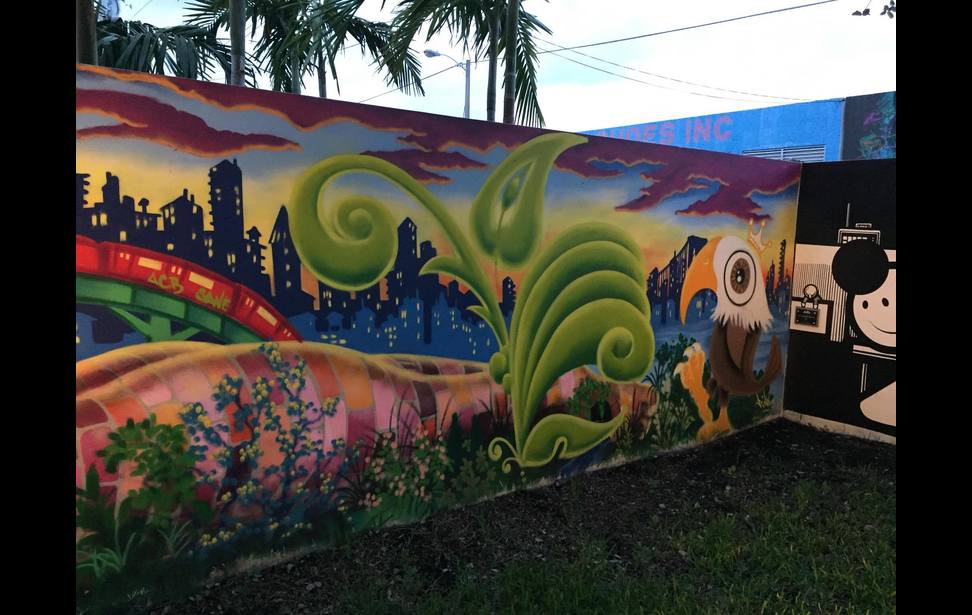 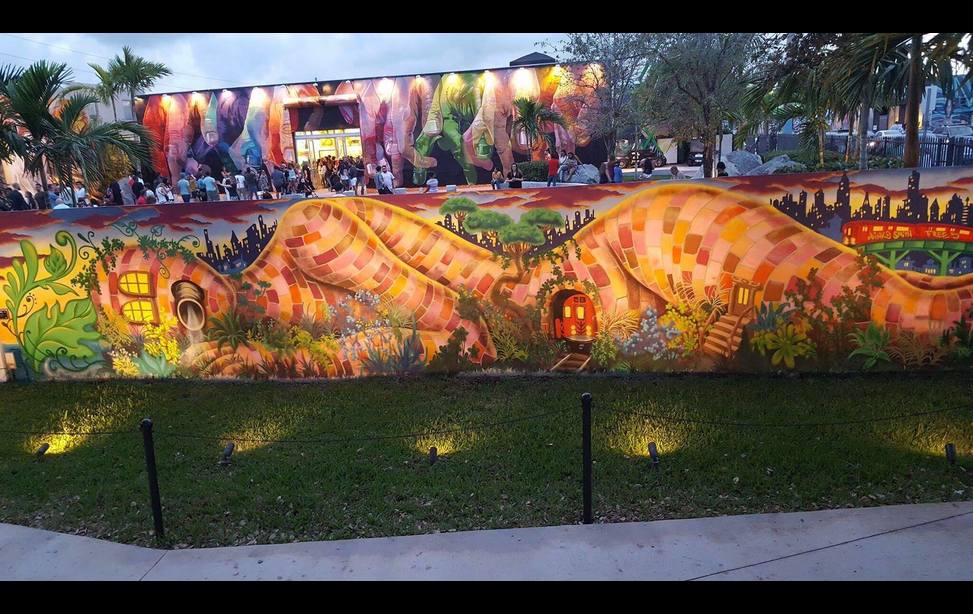 When it comes to Art Basel, the only thing more impressive than the display at the Miami Beach Convention Center is the dazzling candy-land of Wynwood. It is one of the largest open-air art installations in the world. According to Ron English, “It’s not a neighborhood anymore. It’s the biggest museum in the world.”  Eye candy abounds around every corner and in every direction you care to look. What was originally a bustling industrial area and then, more recently, a run-down portion of the city, has in recent times been magically transformed by artists of all disciplines. They have taken the skeletons and empty husks of the old buildings and re-purposed them into vivid canvases and vibrant gallery spaces.

The muralistic street art on exhibit here is a far cry from the run-of-the-mill wall graffiti found around most urban areas. It has been said that in no other part of the world has such a project been seen, on such a grand scale, with such great success, that has affected the area around it so transformatively, and created in such a short period of time. It is unparalleled and unprecedented. It is unique and a true privilege and joy to behold. Walking the streets of the Wynwood Art District during Art Basel is on par with looking over Leonardo da Vinci's shoulder as he paints his mural of The Last Supper, except Miami artists are using spray-paints more adhesive than egg tempera. Some people call Wynwood the greatest art movement in the history of the world, reminiscent of Florence's Renaissance in the Quattrocento.

While living in New York City a few years back, I came across a beautiful mural by the legendary graffiti artist Lady Pink. Since that day, I have become a huge fan. Her work is so detailed, magical, and whimsical and contrasts the gritty feel of New York City. Her work is so respected that street-tagging kids will not write over her walls. Words cannot express my delight when years later I stood in front of her beautiful work of art, Reclining Woman, done in collaboration with Women on the Walls during Art Basel Miami Beach. See photos in the gallery for details.

Over the bridge from the glittering flurry of South Beach Miami’s Art Deco District is Wynwood’s immense vibrancy and joy with huge walls of in-your-face beautiful art and funky, cool people; a gem of a neighborhood where you can just sink into the ambiance, be your best creative and artistic self, and as out there and wild as you want to be.

All images courtesy of Dawn Dubriel