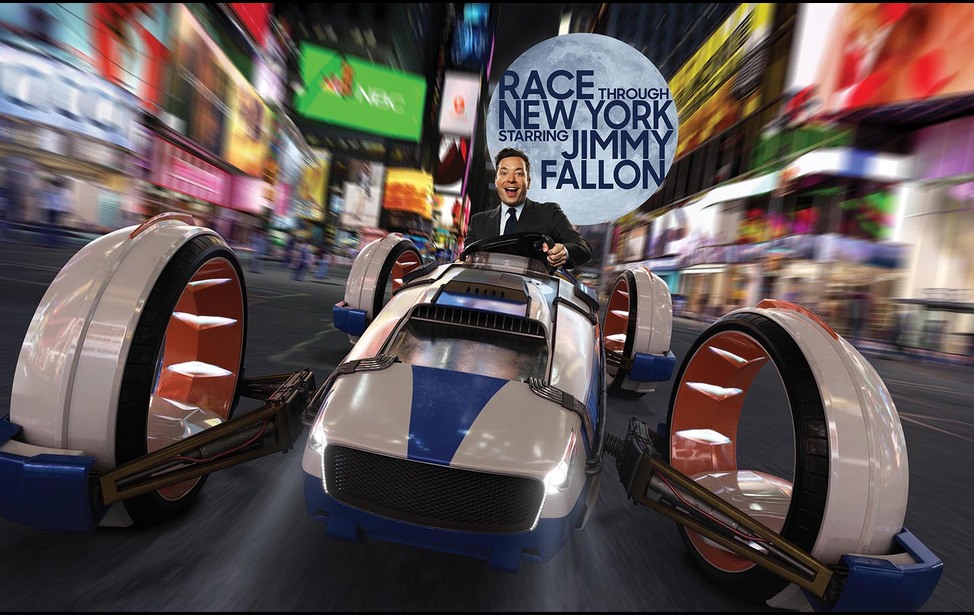 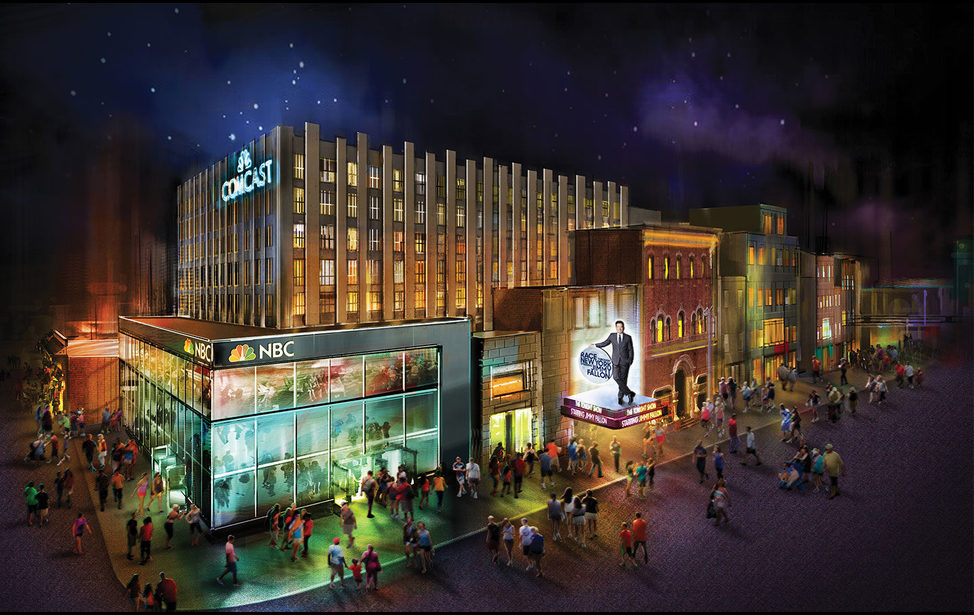 Universal Studios has unveiled the latest pictures and videos from their upcoming theme park attraction, Race Through New York Starring Jimmy Fallon. The Tonight Show host can be seen in the latest video behind the scenes filming for the attraction.

The attraction, which is set to open next spring, has riders enter a fictional version of the famous 30 Rockefeller Plaza in New York City, to see a taping of The Tonight Show. Guests waiting will have several interactive experiences before the board the ride. They’ll be able to send home thank you notes, alluding to a segment on the show, as well as play games and watch clips from the show.

The preshow will also tribute to the previous hosts of the historic show, showing off artifacts, props, and even suits from the previous iterations of the show. Only time will tell if the ride will make any reference to Conan O’Brien, who famously left the show after only seven months due to a dispute with the studio.

Guests will then enter Studio 6B, the real-life home of the show. However, the theater is now the world’s first-ever flying theater. Guests will now join Jimmy for a race around the city, seeing both familiar landmarks from the city and familiar faces from the show.

In the behind the scenes video, Jimmy can be seen dressed as several different characters he plays on the show, as well as in a motion capture suit. Jimmy’s announcer, Steve Higgins, will also make an appearance of the ride.

No information about the ride itself was given, whether or not it’ll be a simple 3D simulation like the park’s Shrek or Minions ride, or if the guests will physically be moving through the ride, closer to its Spider-Man or Transformers rides. Guests will just have to see when the ride opens in spring. Or they can simply ride in a cab in the actual city for the same experience.