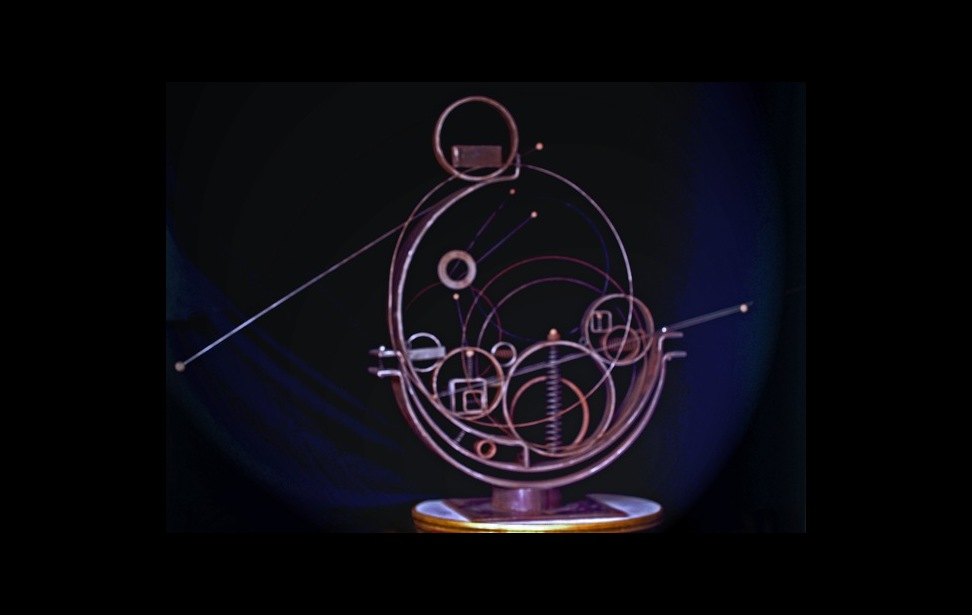 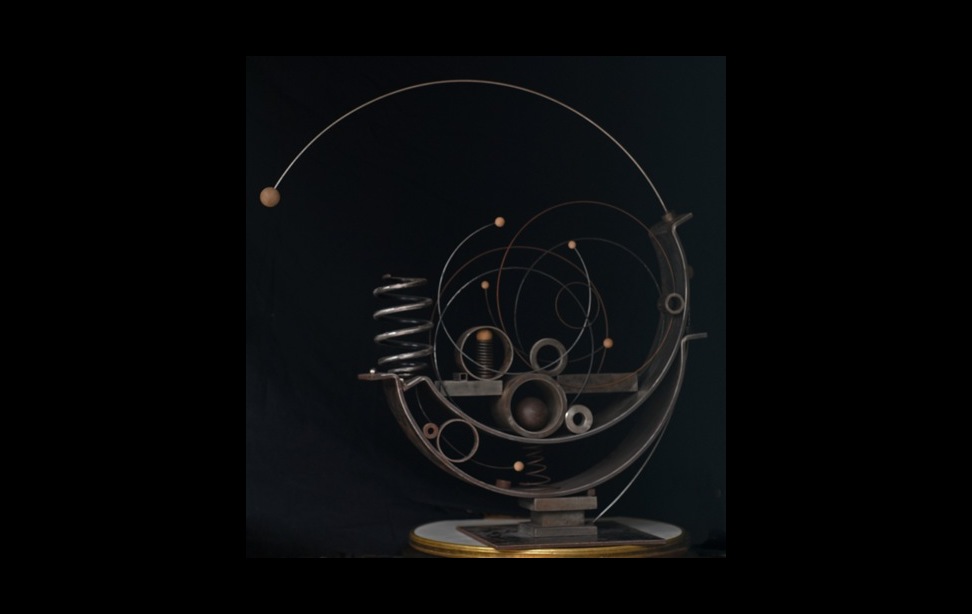 Stéphane Rémond spent his childhood in a travelling community near Paris, in French he was known as a Manoush, and in english his family would have been called Gypsies.He spent the winters in scrap metal yards, and the summers in, ‘les fetes foraines,’ ( funfairs).

At an early age he was taken from his family by French social services to live a more ‘orthodox’ life. However, his love of metal never left him and at the age of 39 years he began to create magnificent sculptures from recuperated scrap metal. In September 2015 he exhibited some of his pieces with Francois Vieillard, a weaver in the beautiful Chateau of La Roche Guyon, in France. The sculptures weaved both metal and material, a juxtaposition of the metal and soft cloth which caresses the body. In Autumn 2016 he will exhibit his series of sculptures known as Resilience in Paris, (see photos one and two).

Thalo interviewed Stéphane Rémond at his studio in the village of Amenucourt,France;

Thalo: Your Sculptures are very impressive, what is the inspiration behind them.

Stéphane Rémond: I was part of the Manoush community in France, I spent a lot of time in scrap metal yards when I was very young. I was also dyslexic. I desperately wanted to express myself but couldn’t do so in words. I found another way, by drawing and also by picking up pieces of discarded metal everywhere I went. That was my alphabet.

Thalo: At what age did you start creating sculptures from recuperated metal?

SR: In fact to begin with I used to draw, hundreds and hundreds of drawings, and I also made things from metal wire, eventually I started to turn my drawings into large sculptures.

Thalo: Why did you choose metal as the material to work with?

SR: I was taken from my family at a very young age, I spent my childhood in scrap metal yards, I have a love of metal and an ancestral connection with it. When I work with metal and I weld it, I am at one with it, I am at home.

Thalo: Your current series of sculptures is titled ‘Resilience,’ can you tell us a little bit about this series?

SR: Yes, the title refers to the resilience of the metal to everything, including the elements. However, it also refers to my own resilience to life itself. I was intuitively drawn to use geometric shapes in these sculptures I don’t know why. They are for me partitions of music.  I play jazz manoush guitar music and I am sure that if I hadn’t been ripped from my family at such a young age I would have been a musician and not a sculptor.

Thalo: Your studio is in Amenucourt in the Parc du Vexin in France, this area is well known for its connection with the Impressionist painters, was this the reason that you chose to have your studio here?

SR: It was because the children’s home that I was in, and later on the foster family, were in the Parc du Vexin, and I feel an affinity with this area. Regarding the Impressionist painters who lived here, with time I have the sentiment that they have become part of my family.

Thalo: Is there any artist in particular that has had an influence on you?

SR: Yes, unconsciously Vassily Kadinsky  has had an influence on me.

Thalo: If you could sum up what you do what would you say?

SR: To sum it up I would say, ‘Je file le fer,’ yes that’s it, ‘Je File le fer,’ (I spin the metal). That’s what saved me. I think if I didn’t have this passion things would have turned out very differently for me, and perhaps not in a positive way.