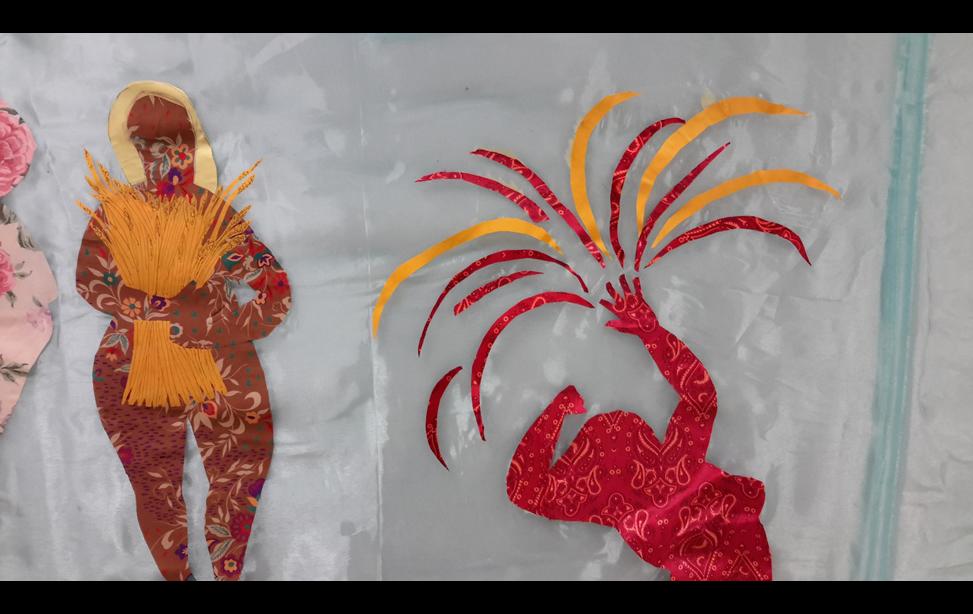 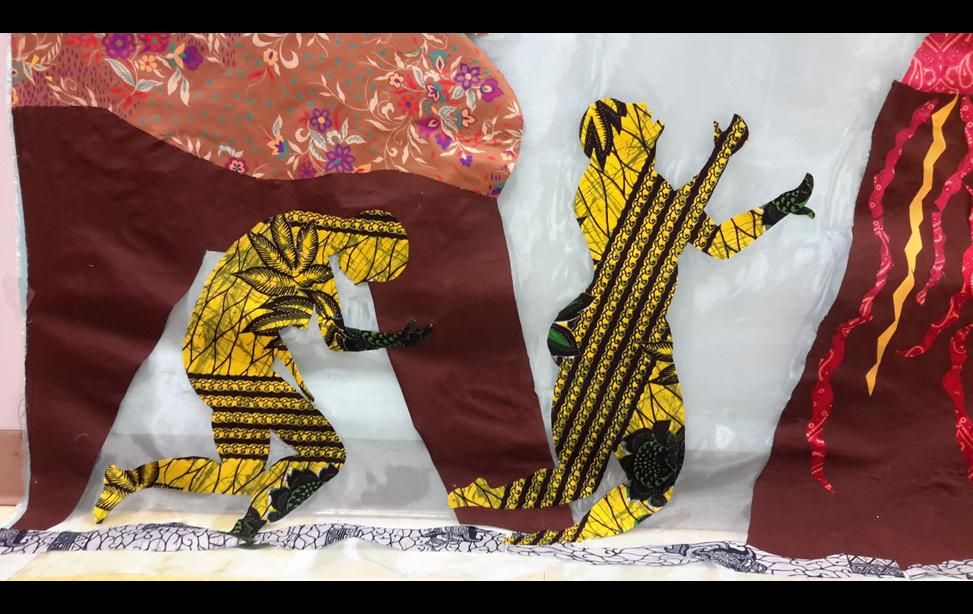 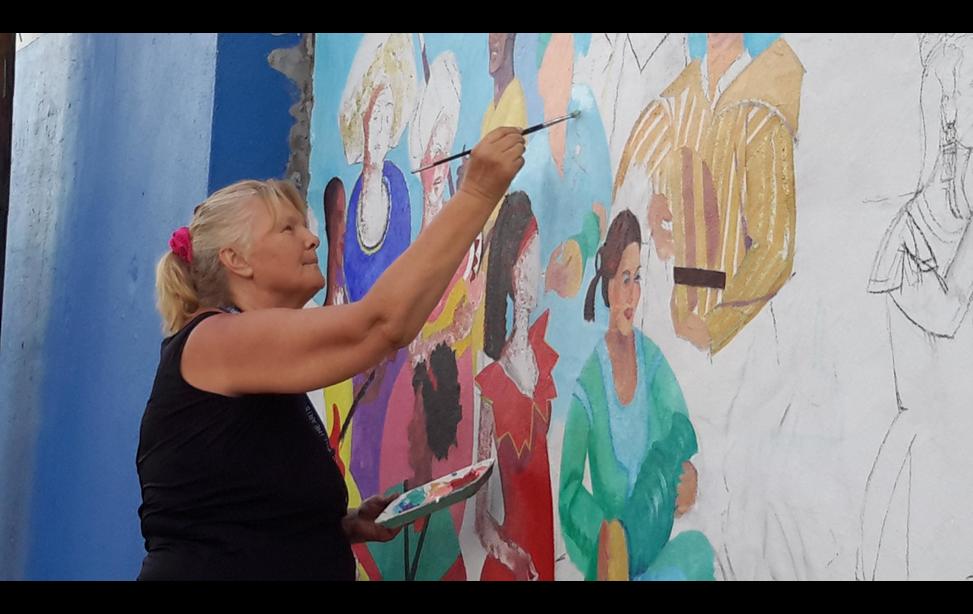 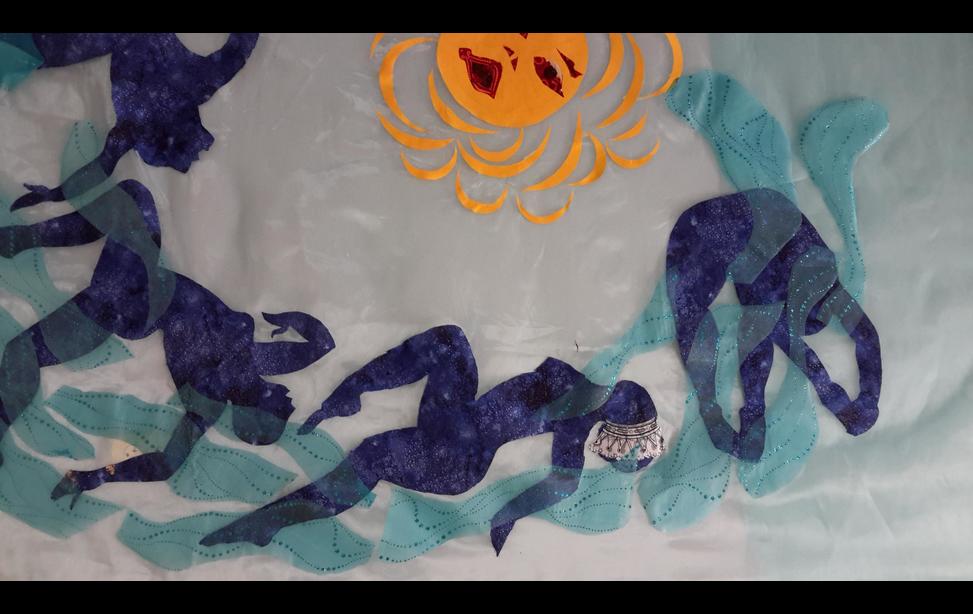 Sal Sidner is a British travelling artist, she brings her paint brushes with her and her intention to do good wherever she goes. She says that, ‘making art is a passion which colors my being, bringing joy and discovery on a daily basis.’ She is currently creating a wall mural in Liberty, a disadvantaged area in Miami.The mural consists of musicians from different traditions. The paintings are based on sketches of musical life performances, created on her travels. She is also in the middle of a peace garden in a private garden in Miami which will be a private performance and reflection space.

In June and July of this year she is exhibited at the SEAS conference in Kefalonia, Greece, a conference dedicated to Sea Ecology, and other matters to do with the sea. Her piece is entitled, ‘Conference of Angry Goddesses.’ This is of course a reference to the damage being done to the ocean by pollution and other manmade forms of destruction, such as fracking.

Sal’s starting point for the Angry Goddesses fabric installation was, ‘Yemaya is Angry,’ a reaction to the desecration of the ocean and tragic events occurring  there, such as those who lose their lives in an attempt to migrate from Africa to Europe. Goddesses from other cultures appeared as Sal’s creation of her piece progressed, such as Ochun who laments the death of fresh fish in her waters, and Pele exploding in wrath, as the waters rise around her, and humans pierce her side with fracking.

It is no surprise that this emotional and moving piece of art which grieves the state of the earth and the sea has also been chosen as one of the pieces to be exhibited at the Venice Art House Gallery. It will be exhibited from the 4th of August 2016 until the end of September 2016. In addition to the wall Installation of the, ‘Conference of  Angry Goddesses,’ Sal Sidner will add two larger than life sculptures made of fabric of Kali and Yemaya. This ensemble will be part of the Borders Festival for the event Fragmented identities, which will take place at the Venice Art House Gallery in Venice. All of this will take place during the Venice Architecture Biennale.

Sal Sidner will be facilitating a number of workshops in Florida and Europe in 2016 and 2017, for more information see her website;