Rob Santagate: The Story of an Entrepreneur and Innovative Artist 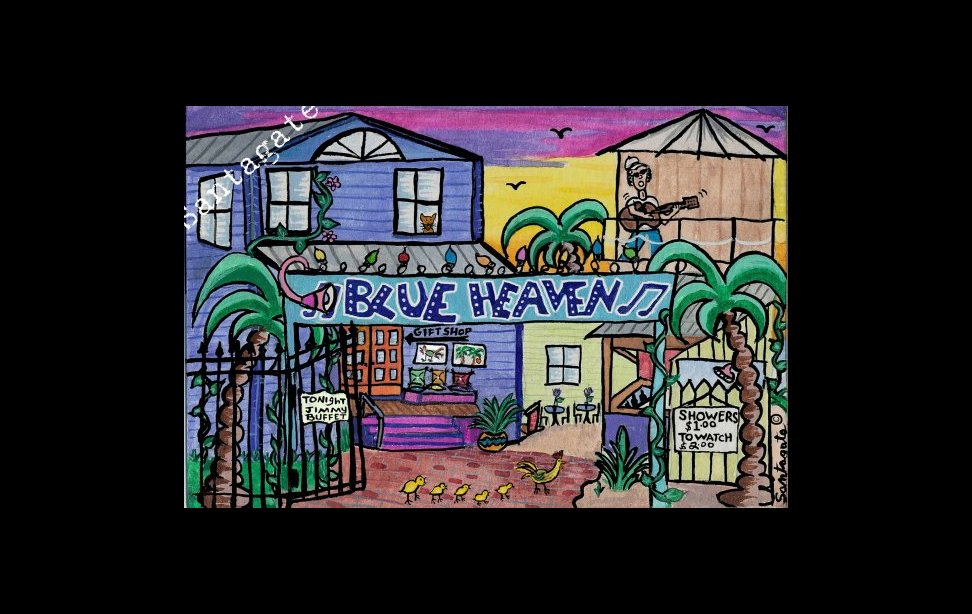 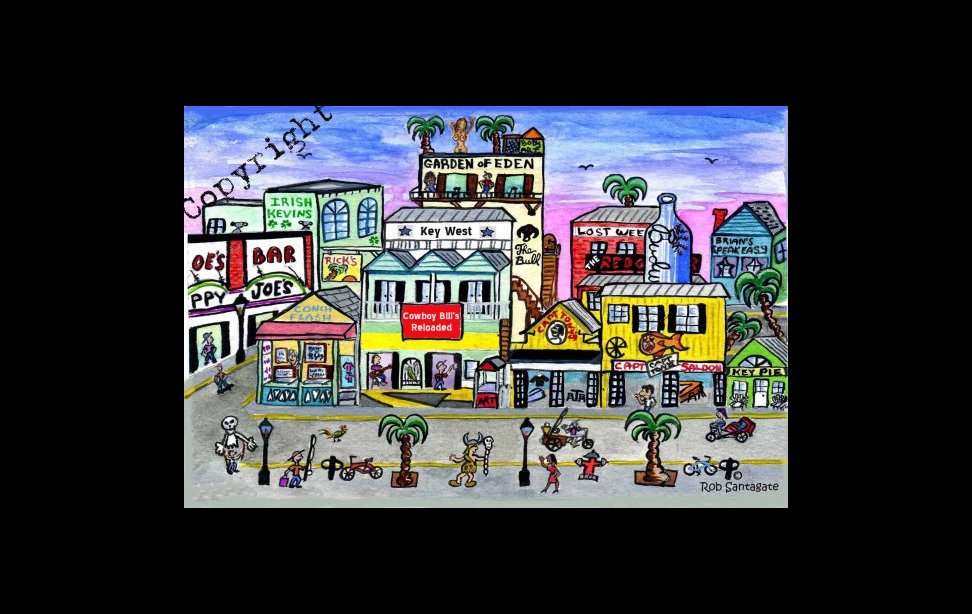 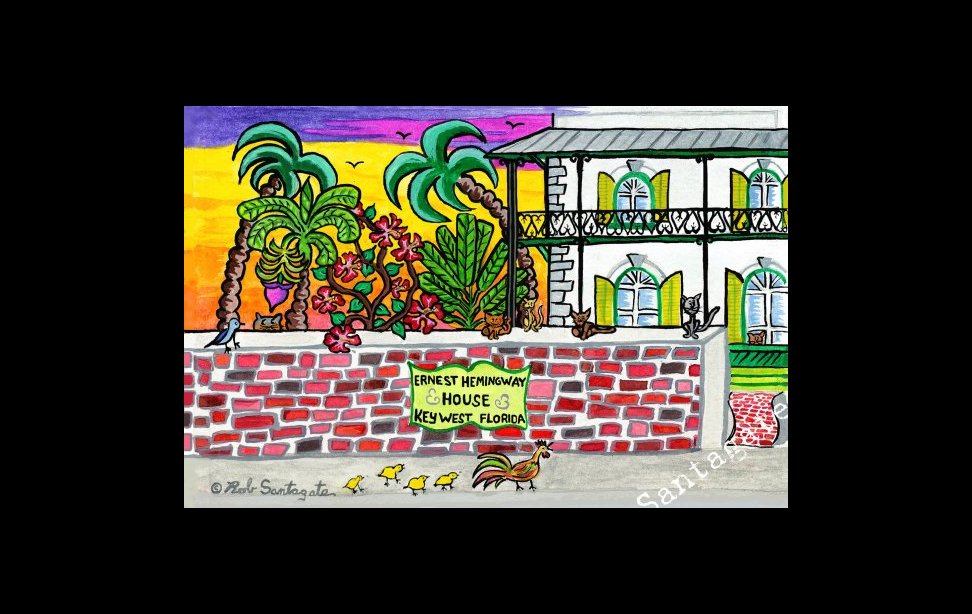 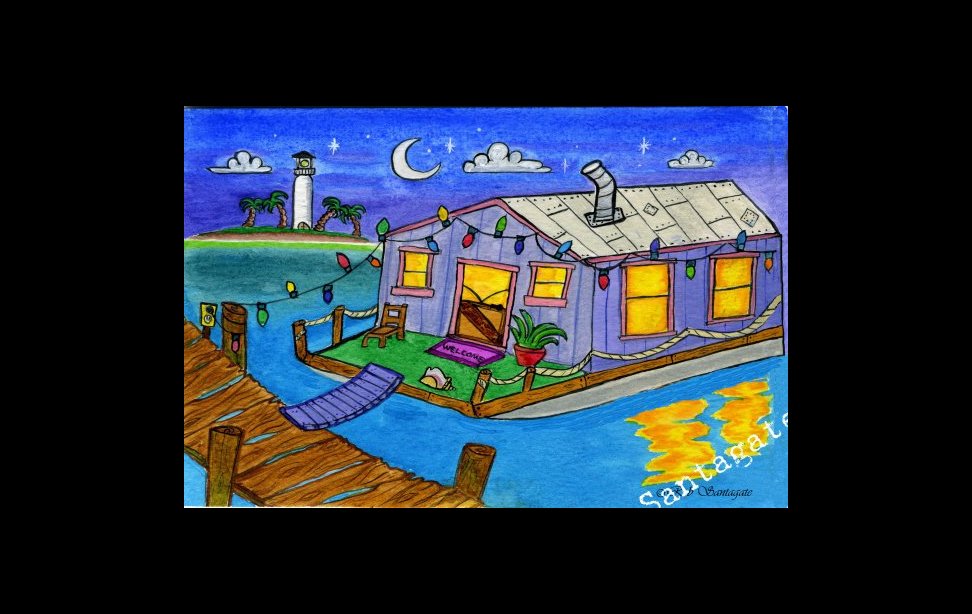 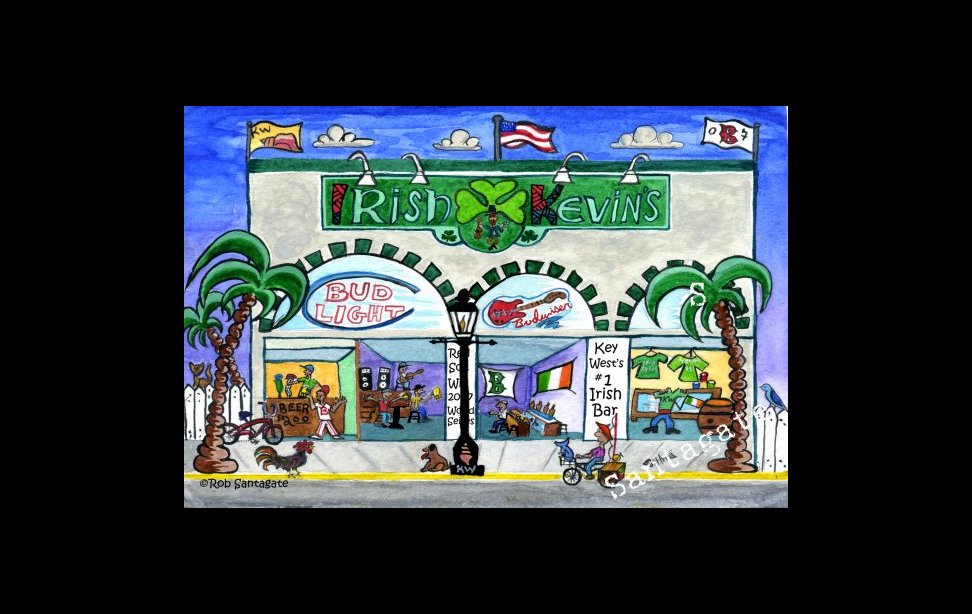 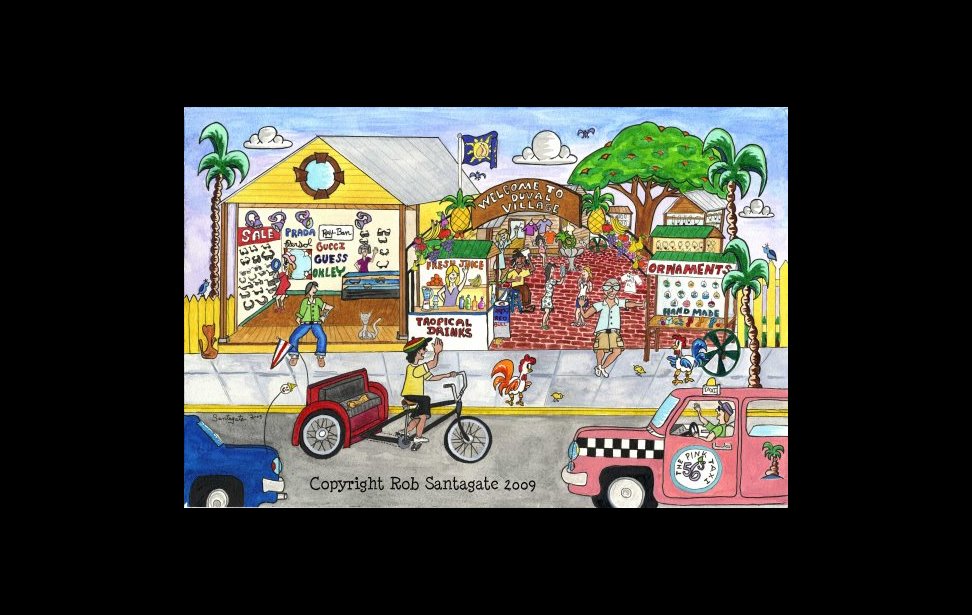 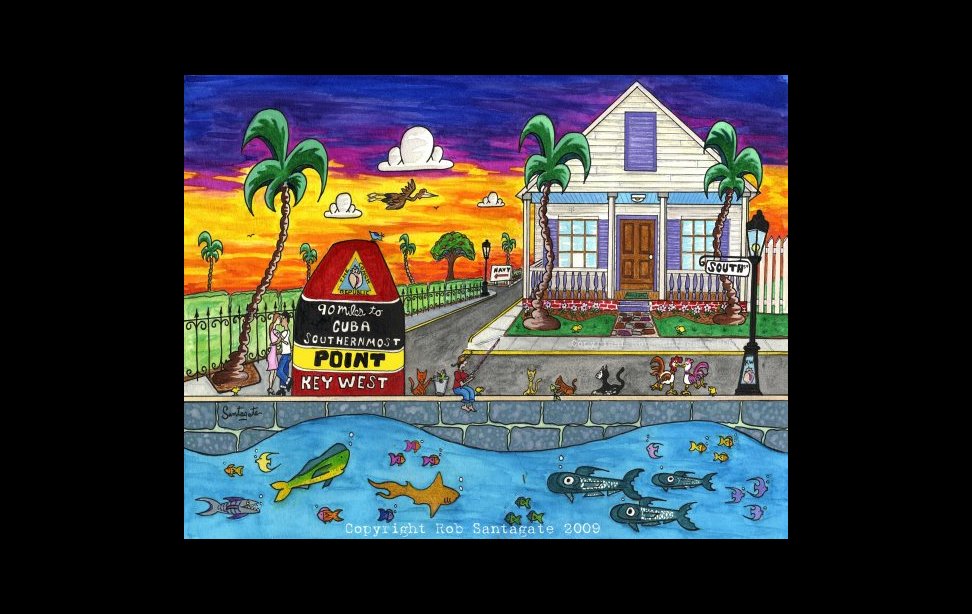 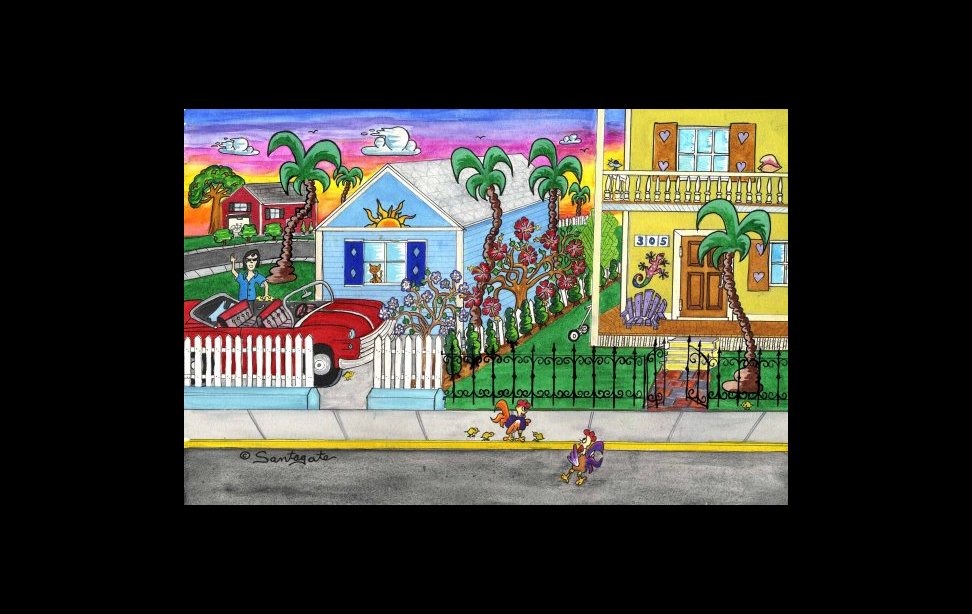 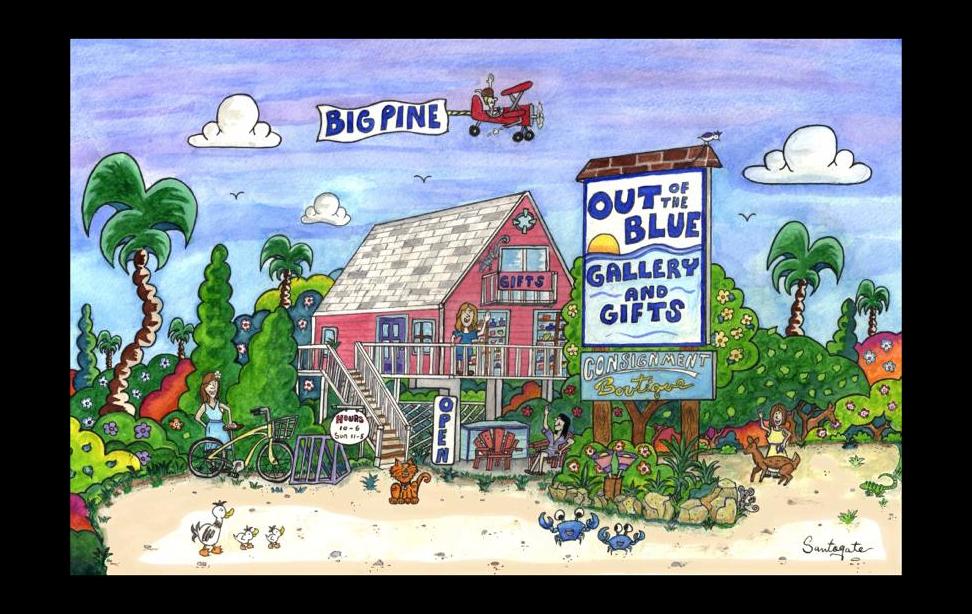 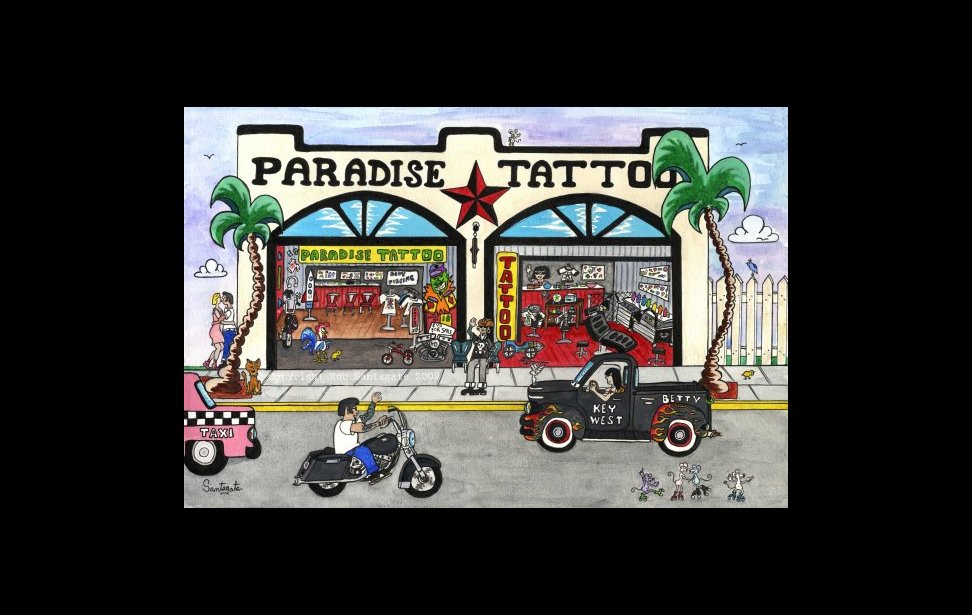 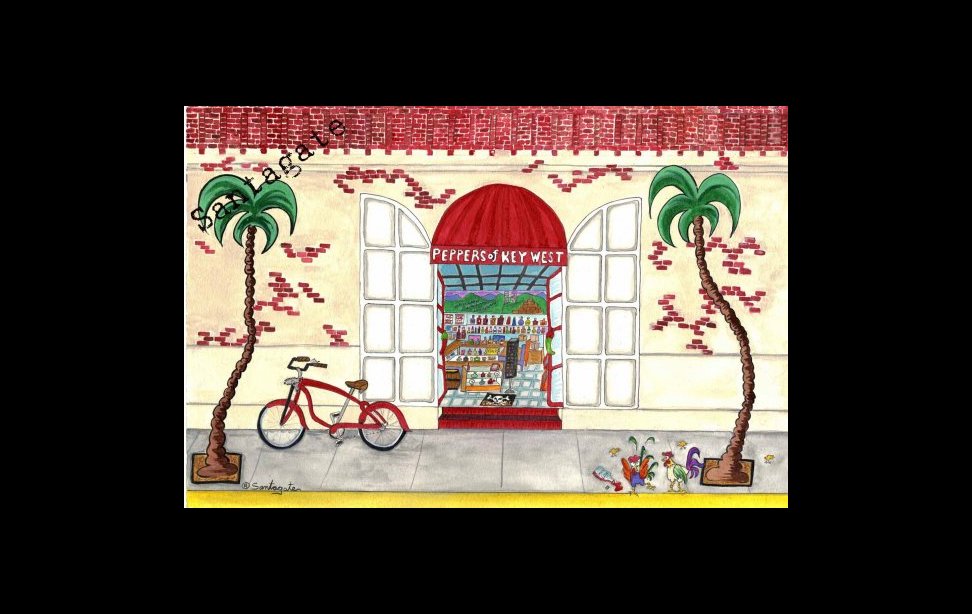 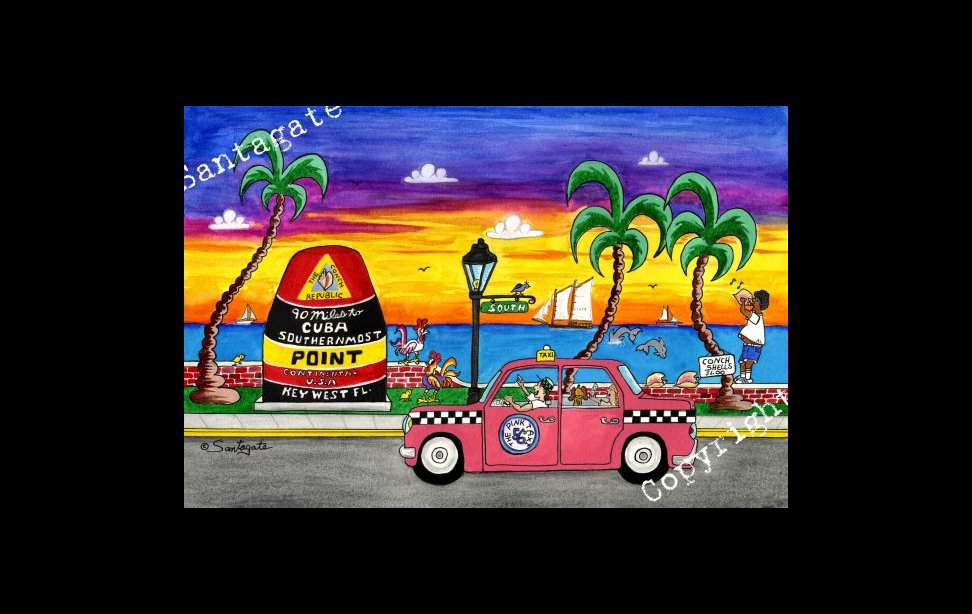 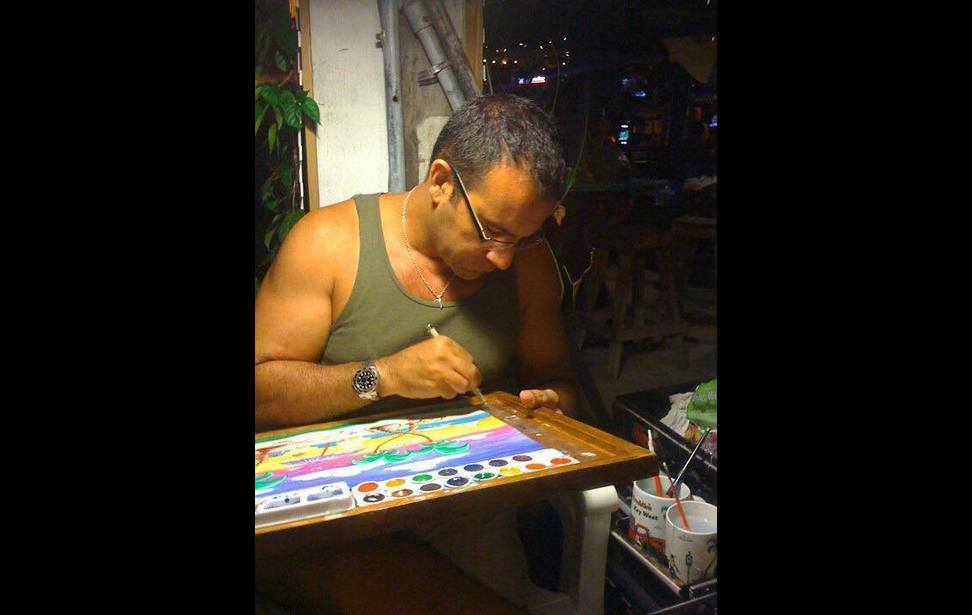 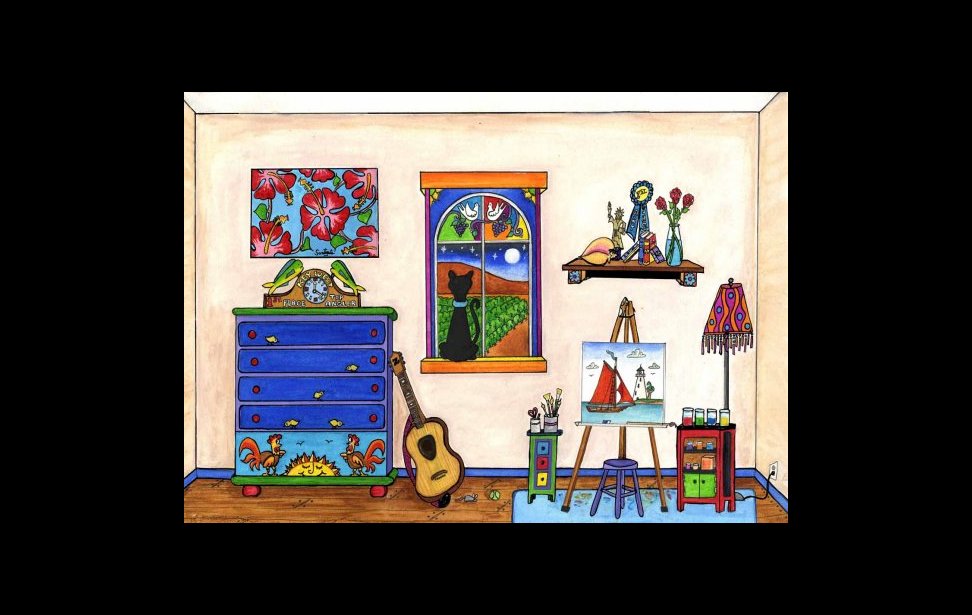 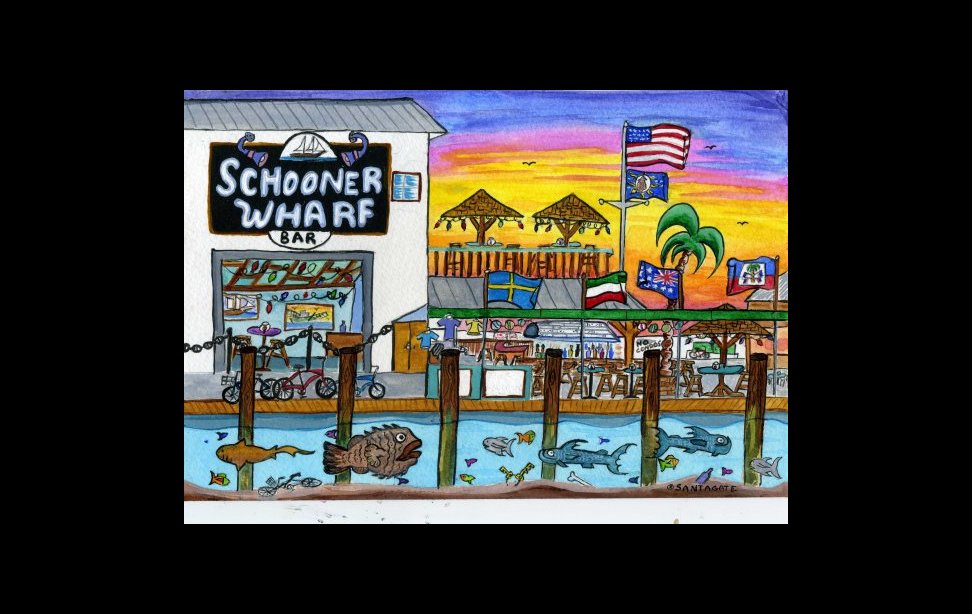 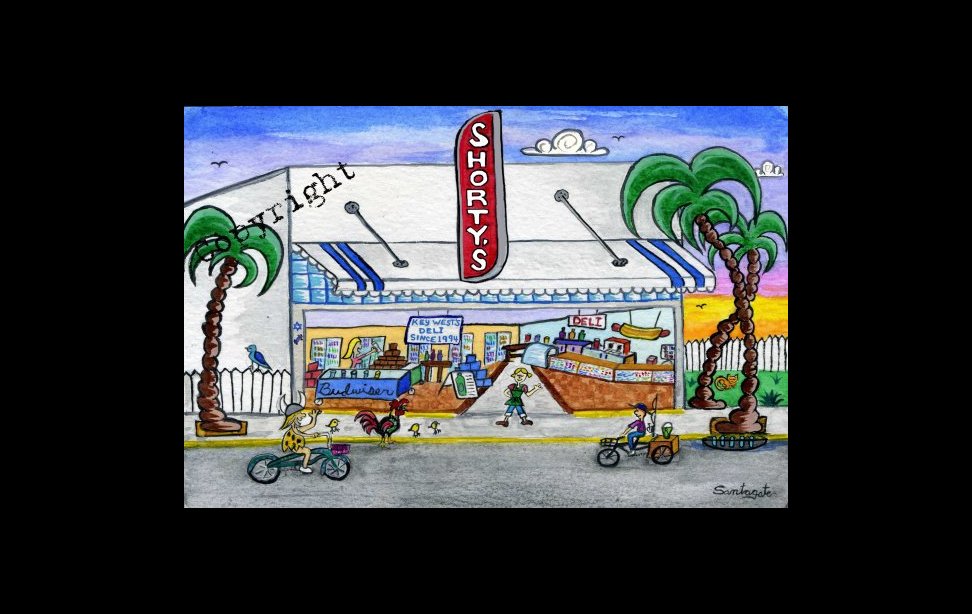 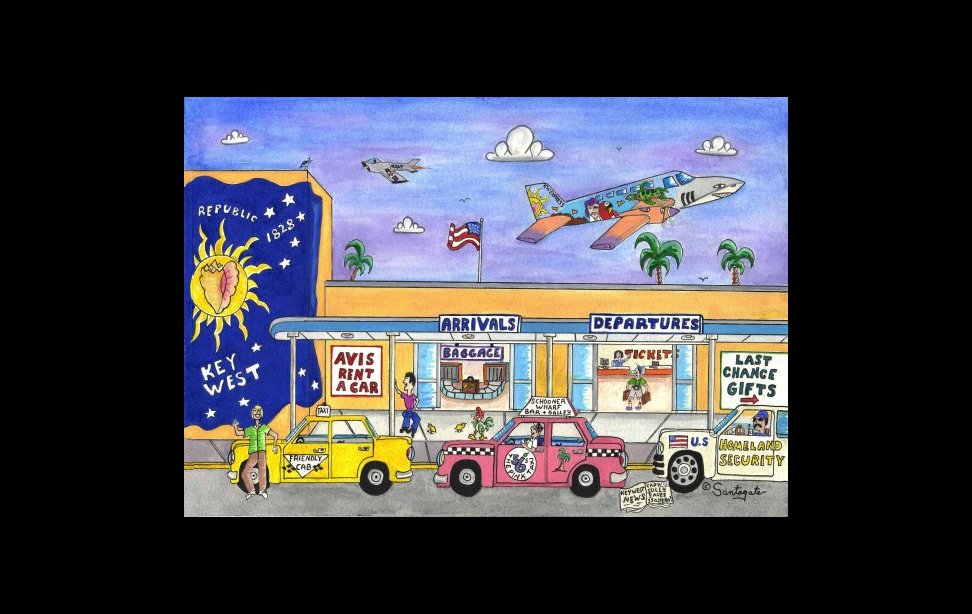 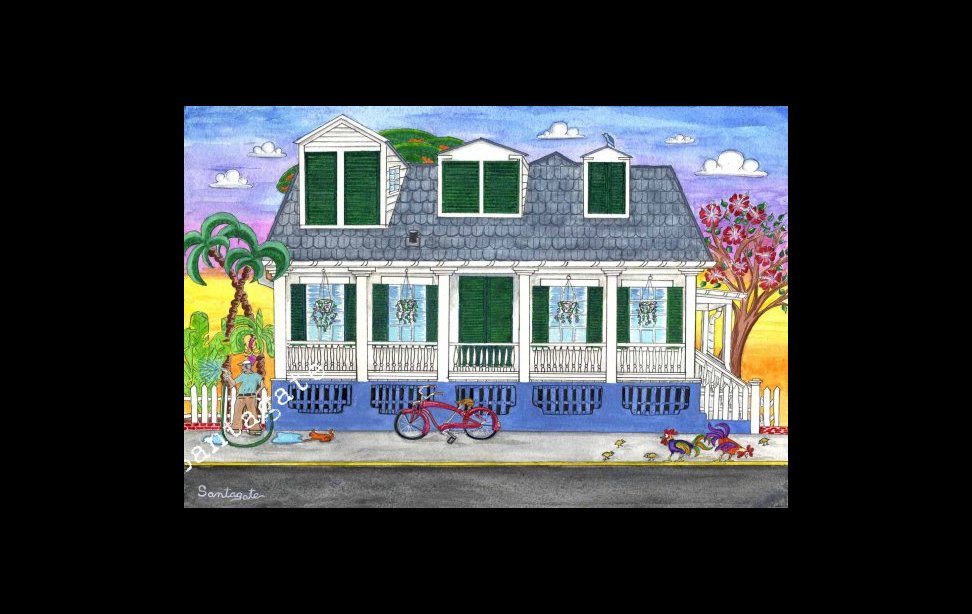 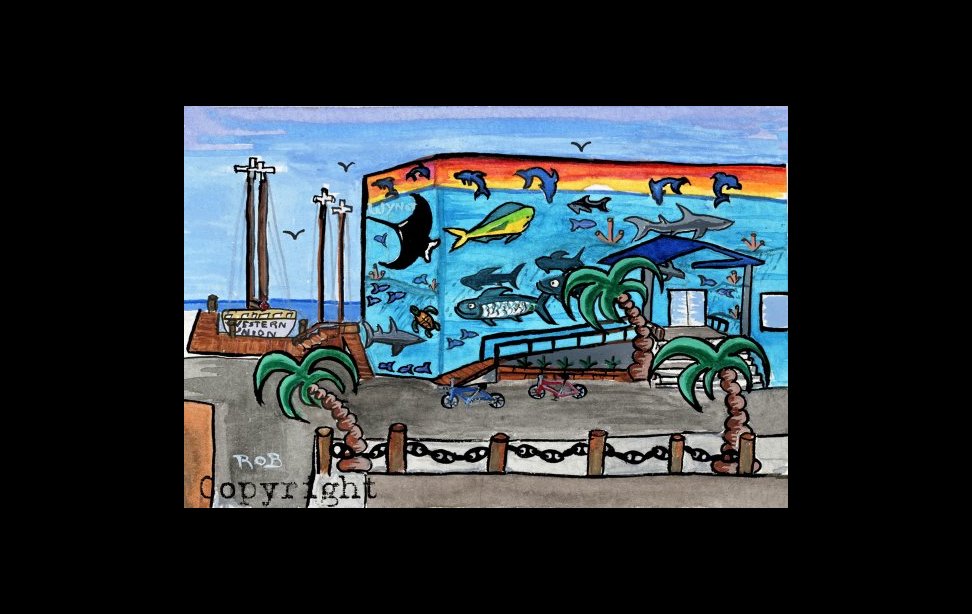 Rob Santagate makes his own rules and enjoys his freedom and success. He was the child who would look out of the school window in first grade and daydream. He hails from Massachusetts, and used to have a jewelry stand in Hampton Beach, New Hampshire when he was 20 years old. As a young entrepreneur, he needed a place to go for the wintertime, due to Hampton Beach being seasonal. Some of his friends were heading to Key West, and he tagged along. He only planned on staying for a week then enjoyed it so much; he ended up staying the whole winter. He was a snowbird for a couple years, and then moved to Key West for good. Though he arrived to Key West in 1993, he did not start painting until 2006.

He started off making jewelry with nice beads and colors, and then began painting henna and temporary tattoos of palm trees onto people’s arms. During the slow times, he painted the palm trees on index cards and gave them away to kids. Then, he started painting little scenes with palm trees and other Key West elements, using his imagination, onto small index cards. Art students would come up to him and recommend he use watercolor paper and micron pens; he was using Sharpies and inexpensive watercolors. This is when he learned the procedure of drawing with a pencil first, erasing as needed, then tracing with a pen. There were many hours, many mistakes. It would take him a long time to do a drawing while other artists drew much faster. Sometimes he erased so much, one could see through the paper. “When you’re using a pencil and an eraser, you can keep erasing parts you don’t like, keep the parts you do like, do over the parts you don’t like… but when you get it right once, that’s when you do your outline with the pen, and erase the pencil. And you have exactly what you want. You know when something doesn’t look right and keep working until it looks right.” After satisfyingly tracing the lines with pen, he would color in with watercolors, and scan.

While creating his scenes, he discovered the work of Mario Sanchez which is very similar. He did not know of Mario Sanchez’s work, and jokes about thinking someone was copying him. He later found out Mario Sanchez passed the year before Rob Santagate started painting. The organic line work in their art is very similar. The first place he sold his artwork at was a store called Waterfront Market (no longer there), owned by his friend, Bucko, who supported local art. Rob Santagate made a painting of the actual building, Waterfront Market, and his little 4X6 prints started selling like hotcakes. The feeling of Key West transfers emotionally in his art, from line-work, buildings, characters, animals, and colors. After that, many of the building and museum owners approached him to create art for their gift shops, such as the Hemingway House and Blue Heaven. While Rob Santagate hasn’t drawn or painted in over 6 years, more than 25 stores and gift shops in Key West carry a full line of his products (bookmarks, magnets, tiles, mugs, t-shirts).

This whole enterprise started out at his Schooner Warf stand, where he fed the jumping 4-5 foot long Tarpon by hand, and painted tattoos and sold little paintings. During that time is when he did all of his paintings, and did well financially with cash rolling in everyday. After he developed a large body of work, a partnership of 5 women decided to track him down to sell his all of his artwork wholesale in Key West gift shops. One of the ladies left a Post-it® note saying “Find Rob Santagate” on the refrigerator of the employee room at Out of the Blue in Big Pine. They had seen his work around town, and the rest is history. He was initially scared to close his little shop, but happily the wholesale venture took off and carries on. Everyone who sees his art (especially for the first time in Key West) loves it. It captures the vibe of Key West’s fun and whimsy. I myself bought 8 magnets, only because Blue Heaven was sold out of the larger tiles of the pieces I wanted.

When asked what advice he would give to aspiring artists, he says the same thing that Mario Sanchez said, “Be original. ” Completely self-taught, he did accept tips on artist techniques and procedures to help him get his thoughts and imagination onto the paper, but has a unique theory on art school. “You go to art school, you’re studying other people’s art. And when you start doing art, you’re highly influenced by it. Like, if you study Picasso constantly, you’re going to end up drawing like Picasso. That’s not you. You have to, ya’know, be original. Do your own.” “He” comes out in his paintings, because it’s what’s inside of him.

Love his work, drop him a compliment on facebook! https://www.facebook.com/robsantagatesartshop/?fref=ts

All photos courtesy of Rob Santagate