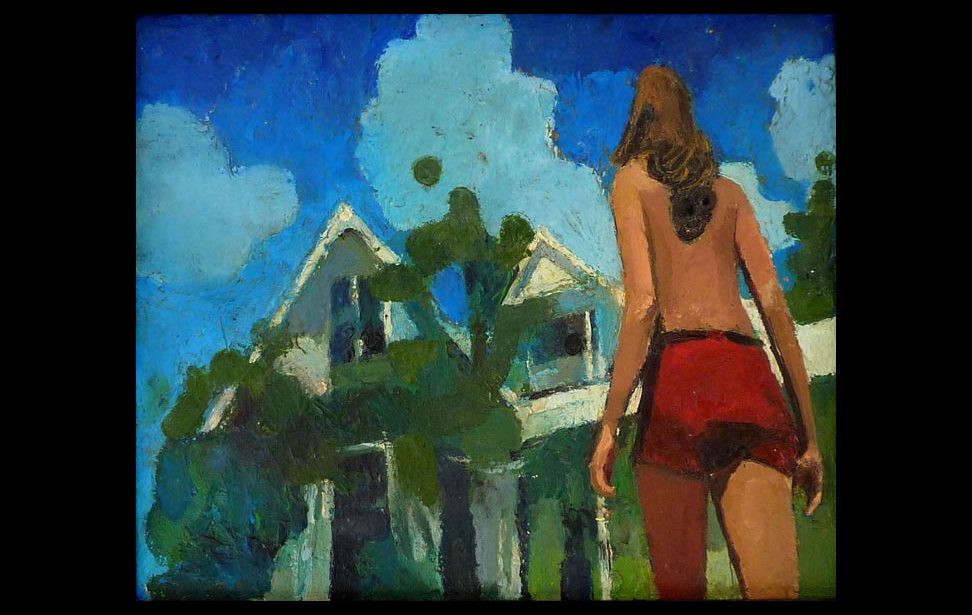 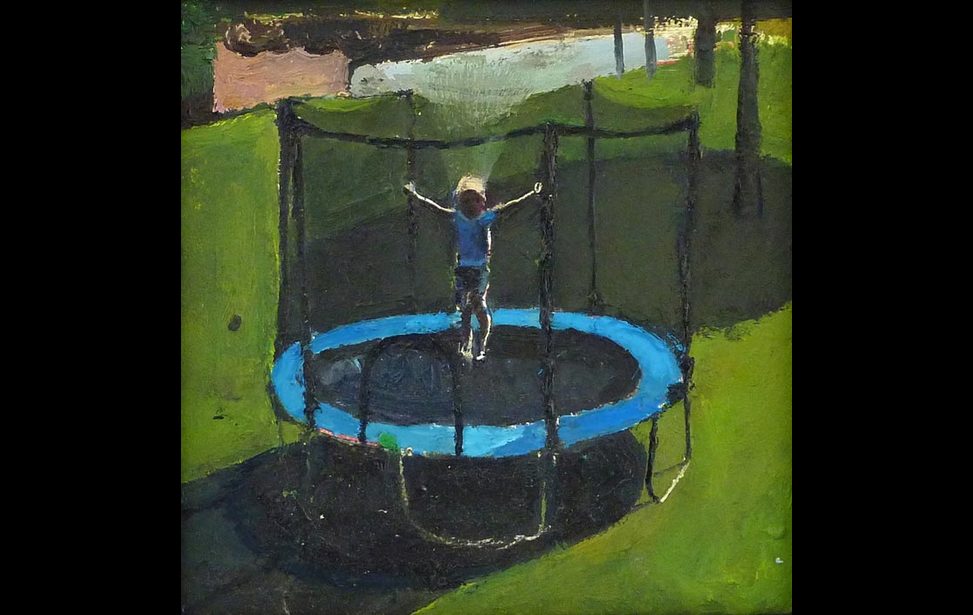 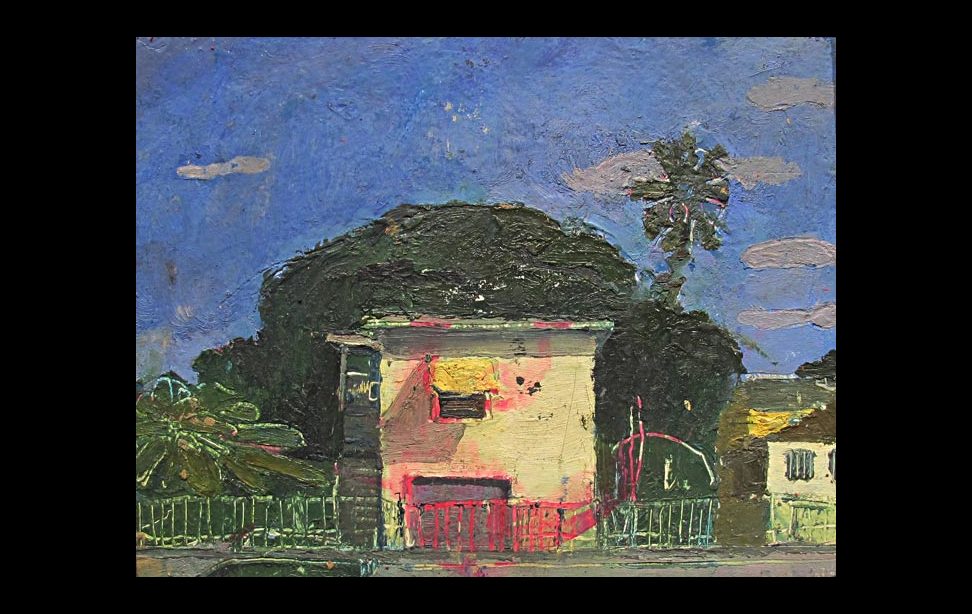 NEW YORK, NY -- “A work of art is a corner of creation seen through a temperament.” These are the words of French writer Emile Zola, and they easily apply to the paintings of Kurt Knobelsdorf in his solo exhibition “Postcard from Florida.” Presented by Steven Harvey Fine Arts Projects (SHFAP), the show ran from December, 2010 through January, 2011, and caused a small stir among aficionados of contemporary painting.

Works that began on location in southern Florida— the avenues of Miami, for example—quickly take an inward turn, as the saturated color and thickly applied paint suggest deeper intentions (as seen in Photo 1). The paint handling is crusty and crude, while being perfectly articulate. The subjects are ordinary—a tree, a house, a woman—but eerie and unusual (as seen in Photo 2). Each of the twenty or so pieces are small, around the size a sheet of paper (as seen in Photo 3), which makes them read more like poems than grandiose declarations.

SHFAP is on the second floor of an Upper East Side townhouse on 73rd street in Manhattan. Like the works inside, the exhibition space is modest in size, just enough room to absorb the pictorial complexities without distraction. I visited the show twice and picked times when I knew it wouldn't be crowded. These works deserve quiet meditation and two late afternoons in January afforded that.

In order to learn more about Knobelsdorf and discuss the show in detail, I sat down with gallery owner Steven Harvey.
thalo: How did you become familiar with Kurt’s work?
Steve Harvey: I work with an artist named E.M. Saniga, who is a painter, as well as a distinguished professor of I.T. When I visited [Saniga’s] studio in Pennsylvania, he showed me Kurt’s slides. You see a lot of slides in the world, but these were quite extraordinary. I was immediately intrigued and asked Kurt to bring some of his paintings to New York so I could see them in person.

th: How did the “Postcard from Florida” exhibition come about?
SH: This is the second one-person show I've done with Kurt. The first one was last November [2009] in a space belonging to my friend, Fred Bancroft. Last summer [2009], there was also a little show in Sag Harbor at The Gallery B.

th: Has Kurt’s recent move from Philadelphia to Miami influenced his work?
SH: This is interesting because an art critic recently expressed dismay that Kurt moved to Miami, yet still paints “dark” pictures. Kurt does paint outside–what we call plein air painting–but he also draws on a variety of sources, like photographs he has taken, views from the computer screen, or photographs he’s found. These are synthetic paintings, by nature. Kurt has a broad area of interest, including the psyche, the computer, the landscape, etc. There is a breadth to the way he works.

th: You've used the word “American” in speaking of Kurt's work, which brings to mind Edward Hopper. Do you see affinities there, or with other American artists?
SH: Hopper is a great painter of the American subject, but Hopper purposefully denuded the painterly qualities in his work, where Kurt seems to embrace them. So, I think they are very different in that regard. Kurt reminds me of photographers who photographed the “other” America, places that are strange and interesting. … Kurt was recently interviewed for a film and mentioned Goya and Ensor as influences. I thought that was perfect. There is a sense of the grotesque in Kurt’s paintings, clearly related to Ensor. And there is an interest in that really weird, focused portraiture that reminds me of Goya. … Albert York’s longtime dealer, Roy Davis, came to see Kurt’s show. He saw affinities with York’s work, in their painterly qualities.

th: At thirty-one, Kurt is still relatively young. Is there something up-and-coming artists could learn from his work?
SH: Absolutely! He’s a wonderful example for young painters. There is a total freedom in his painting to pursue whatever he wants. He has no compunctions about painting any subject matter, about doing anything technically. He is part of a culture involved in a very sophisticated language of painting. For young painters, he should be a very good encouragement that you can take this language and make it fresh and new, in your own terms. You don’t have to make a painting big. You don’t have to do this or that, or make it photographic. You can follow your own thinking. I think Kurt’s work encourages that kind of freedom.