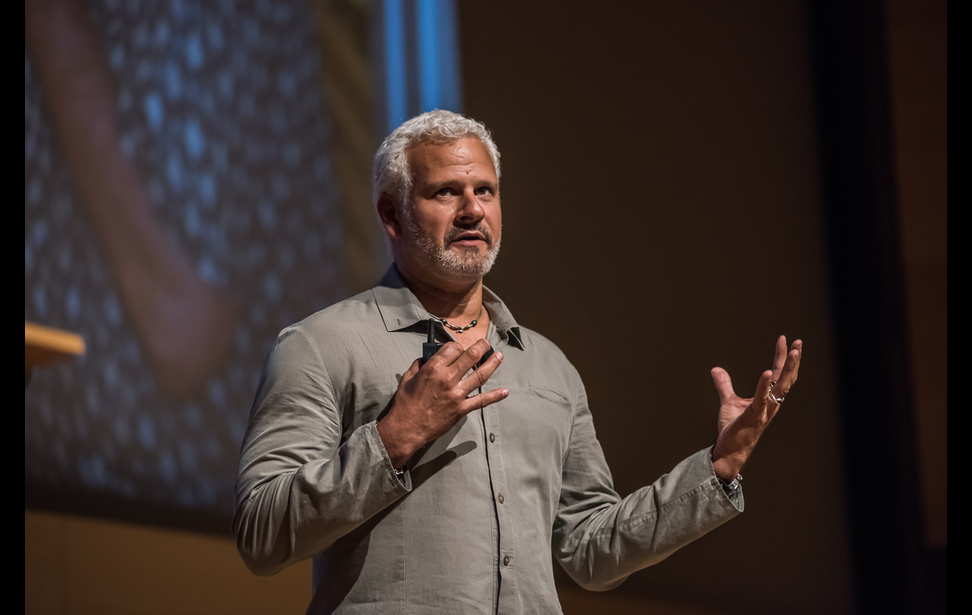 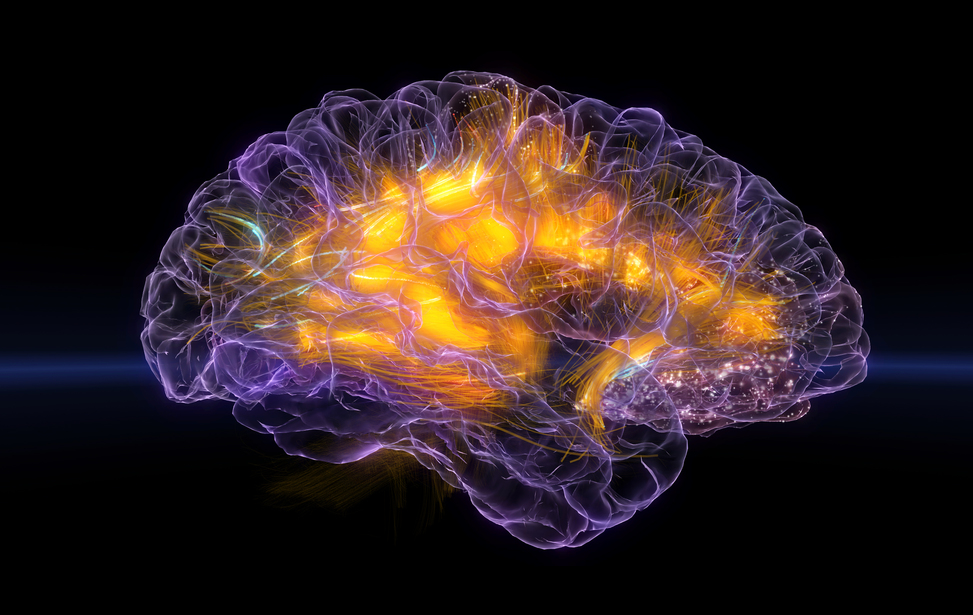 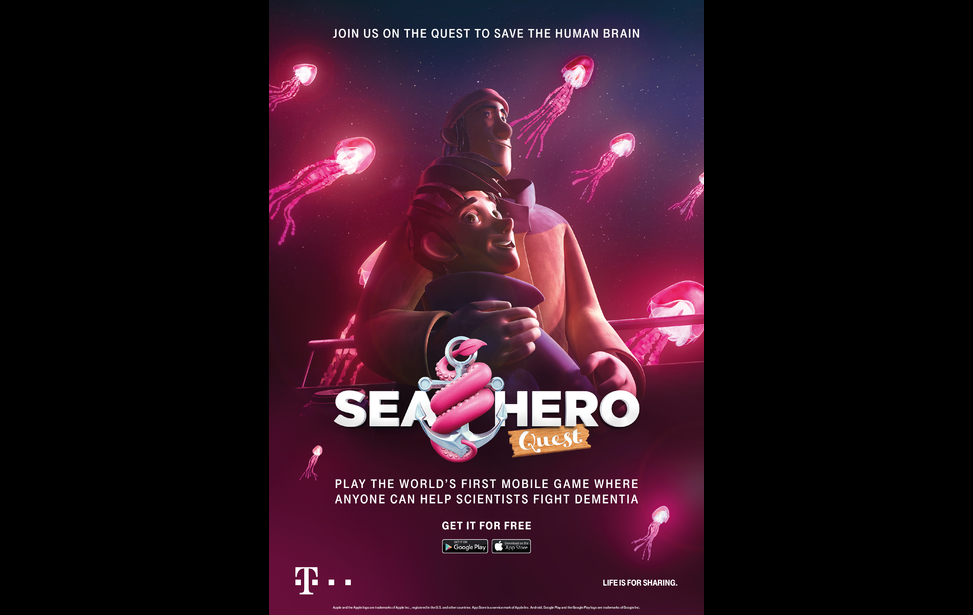 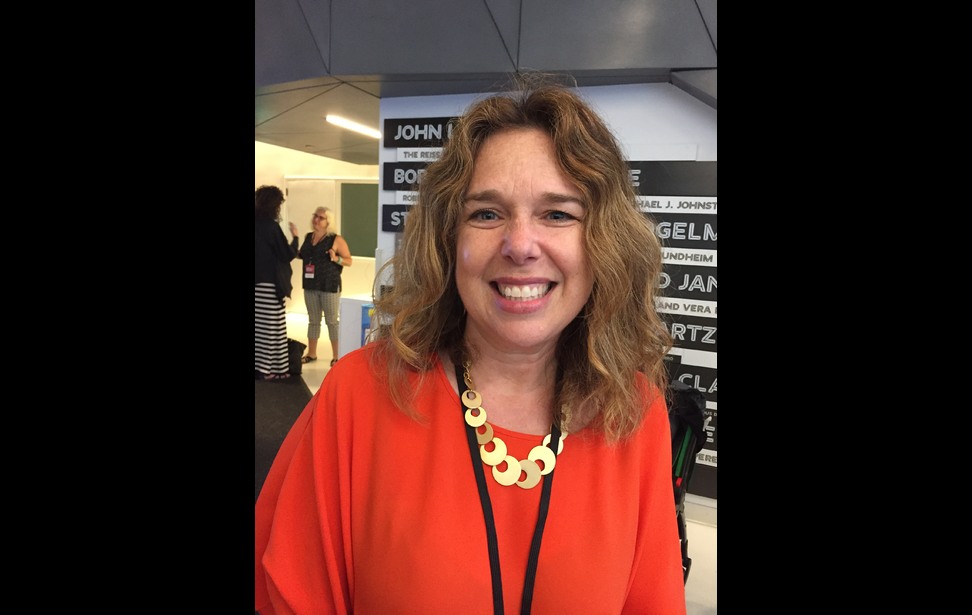 A video game a day keeps the doctor away. Maybe not yet, but as the Games for Change Festival highlighted during its June 23-24 run at The New School’s Parsons School of Design, growing numbers of games are being designed as Rx for the body and mind. Play, it seems, is a serious matter.

For its 13th edition, G4C featured a strand probing the impact games can have on health and neuroscience. Many of the mavens who were invited to speak waxed enthusiastic about the potential of gaming technology to track and enhance our wellbeing. “We’re harnessing plasticity,” declared Dr. Adam Gazzaley, founder of the Neuroscience Imaging Center and innovation hub GazzaleyLab at the University of California, San Francisco. He and his colleagues are exploring how immersive games can tap into the brain’s capacity to change in response to stimuli, in turn boosting cognitive function.

The starter in their kit is a 3D video game called NeuroRacer that requires players to zap road signs while navigating a track. In a closed feedback loop, the game charts players’ brainwaves to control how fast the car goes: the longer they focus, the more they can ramp up. Jointly developed with LucasArts Entertainment, the interactive game has been shown to augment attention and memory, Gazzaley reported. Senior citizens who played three times a week logged a dramatic improvement in multi-tasking that continued for as long as six months. An updated version has been tested for players with attention deficit disorder. It stands to be “the first-ever prescribeable game,” said the cognitive neuroscientist, explaining that the patent awaits FDA approval as a medical device in the treatment of ADHD.

The excitement surrounding NeuroRacer led Gazzaley and his team to come up with a new suite of games. Together with Apple, they created an app to monitor cognitive function in real time. There’s also Body-Brain Trainer, which combines physical and cognitive exercise, and Rhythmicity, a vibey game linking rhythm and brain function codeveloped with former Grateful Dead drummer Mickey Hart. Gazzaley thinks such games can be used for brain conditions including autism, post-traumatic stress disorder, depression and Alzheimer’s. Clinical trials are underway for these projects, all of which have come about through private sector and other partnerships to pool resources and ensure scale.

Of Gazzaley’s G4C fireworks, the grand finale was especially illuminating. Literally. A giant 3D animation filled the screen with colorful shooting flames amid zones of white and grey matter to demonstrate how different parts of the brain communicate. This trippy “Glass Brain” light show superimposes electroencephalography (EEG) data gathered in real time over a magnetic resonance imaging (MRI) scan to display when and where neural signals fire up. Complex algorithms enter the digital mix, revealing the workings of the brain as they occur, and holding out the promise of a relatively precise, customizable diagnostic and therapeutic tool. Such visualization is essential “if we are really to create a new category of medicine,” stressed Gazzaley. He likened Glass Brain to “a surgical approach to optimizing the brain.”

Ready to toss out your meds? Not so fast, Gazzaley cautioned. He said he envisions doctors prescribing a “package of games” that will let users lower their pill dosages, though not necessarily go pharma free.

Still, taking entertainment as medicine is a prospect that has G4C Chairman and co-founder Asi Burak  jazzed, as he told thalo.com. It was Burak who spearheaded this year’s Neurogaming & Health program, a first for the conference and a welcome addition alongside Civics & Social Impact and Games for Learning threads. Burak credits initiatives such as Gazzaley’s with the quantum leap in funding and fuss surrounding today’s games for impact. This wasn’t always the case, as the early days of this annual fest promoting social impact games suggested.

“Suddenly venture capital is interested,” said Burak, adding, “You didn’t have the same kind of interest when it was only about advocacy or education.” Though still a niche of the $90 billion gaming industry, neurogaming and other tech-powered experiences that deliver more than mere fun or artistic value are luring big players. For G4C, this is a prompt to build incubator and accelerator programs that will bring together game makers and funders, per Burak.

For companies like Deutsche Telekom, the promise of such alliances is already bearing fruit. Wolfgang Kampbartold, the telecommunications giant’s VP of International Marketing Communications, gave the G4C audience a sense of the potential for problem solving when missions converge. The initiative Kampbartold discussed involves a mobile game called Sea Hero Quest that amasses a crowd sourced database to expand our understanding of dementia.

Developed together with game makers and Alzheimer’s experts, the game invites players to join a sea captain’s voyage across 3D oceans while facing down challenges from icebergs to marine creatures. How players make their way is captured in global "heat maps" that are then crunched to create diagnostic tests for dementia. “We hope to be able to identify when spacial behavior is normal or not,” Kampbartold remarked, explaining that a decline in navigational skills is a marker of dementia.

The free Deutsche Telekom app dropped this past May. Judging by its more than 1.6 million worldwide downloads over the span of seven weeks, this juggernaut for brain science hit a chord. “The first mobile game to let anyone help scientists to help fight dementia,” as Kampbartold put it, has already yielded data equivalent to 24 years of research. For the 135 million people who are expected to develop dementia by 2050, the game — and its implications for treating the disorder in its early stages — is hardly the frivolous time waster so often associated with video gaming.

No need to tell the nearly 1,000 attendees of G4C 2016. They and a groundswell of NGOs, universities, foundations and government agencies “are all recognizing that games are a great way to engage with audiences,” noted G4C president Susanna Pollack in a private chat with thalo. She attributes today’s advances in impact-minded gaming to the digital devices broadening user demographics as well as to new publishing tools for developers. Add to that the proliferation of marketing platforms, per Pollack, and the upshot is plain: “We’re at a pivotal point in games for change.”

For the full lineup of G4C speakers and topics visit http://www.gamesforchange.org