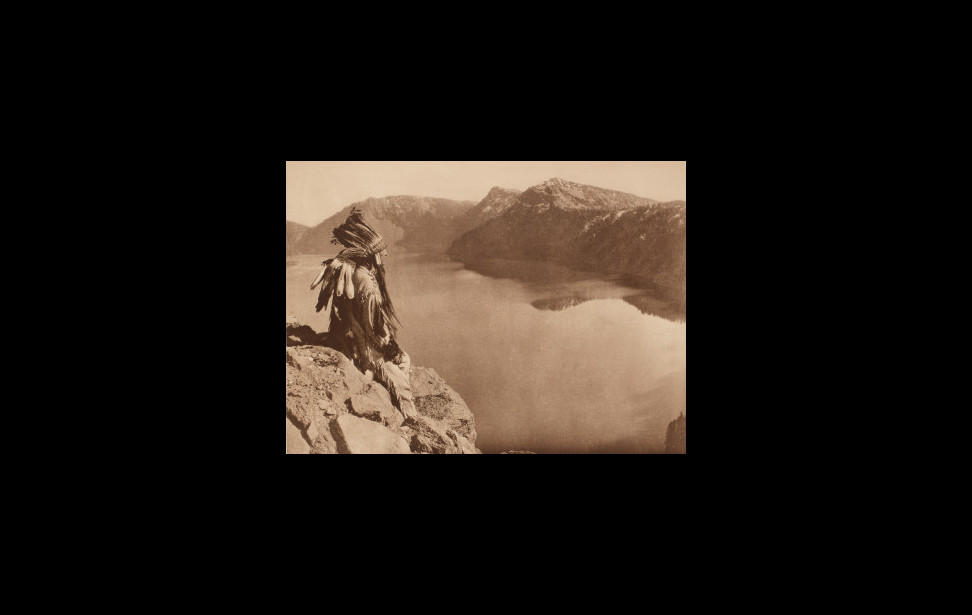 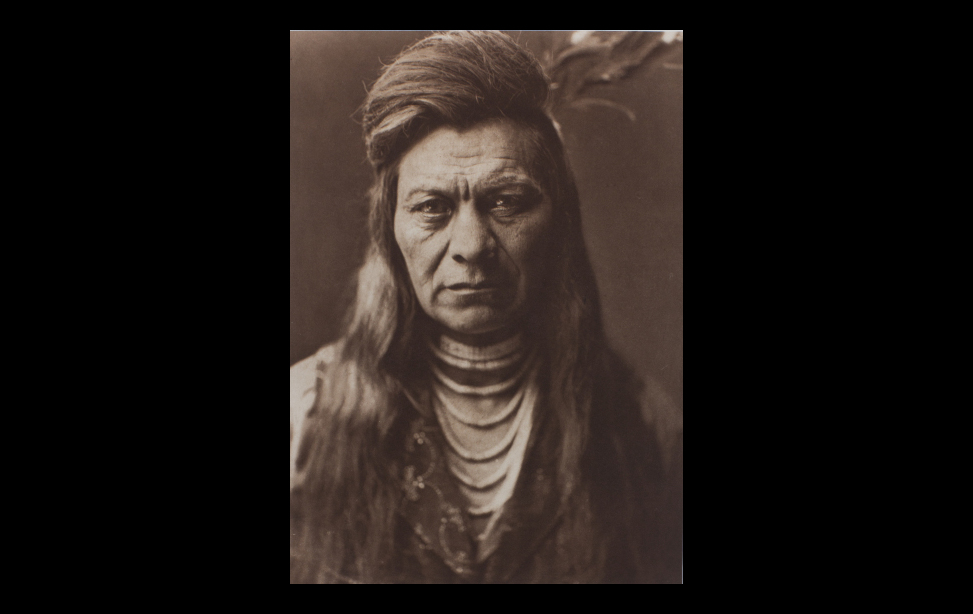 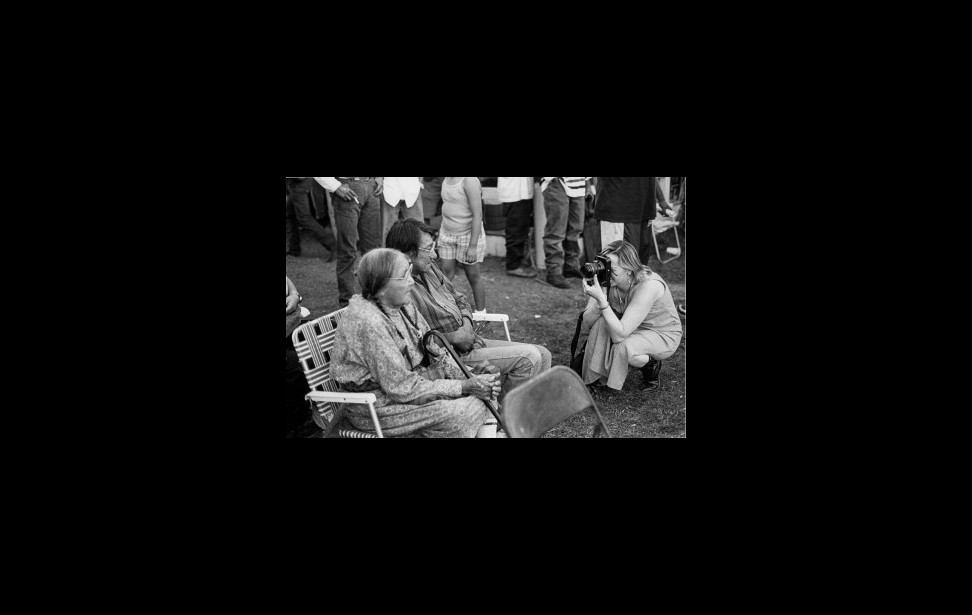 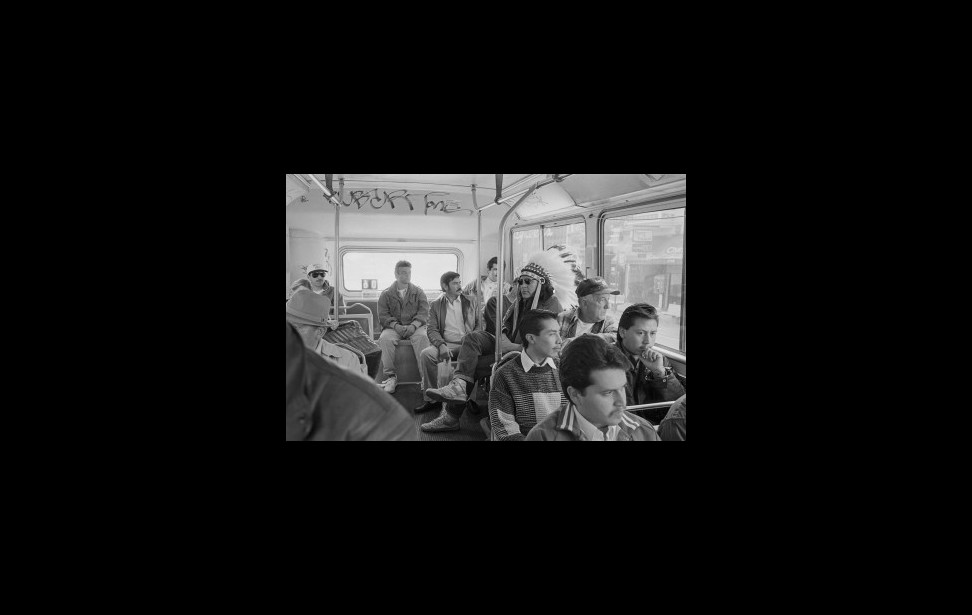 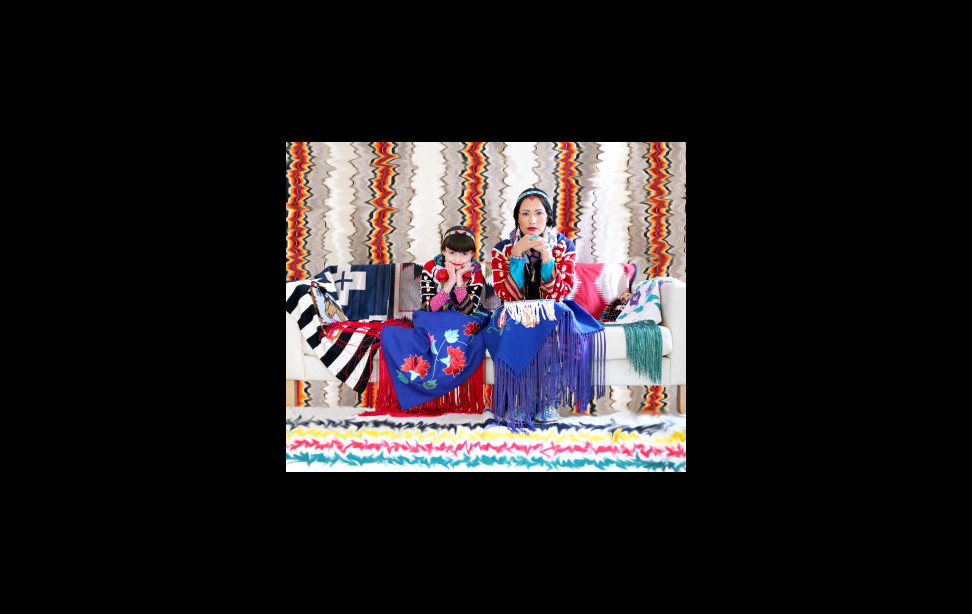 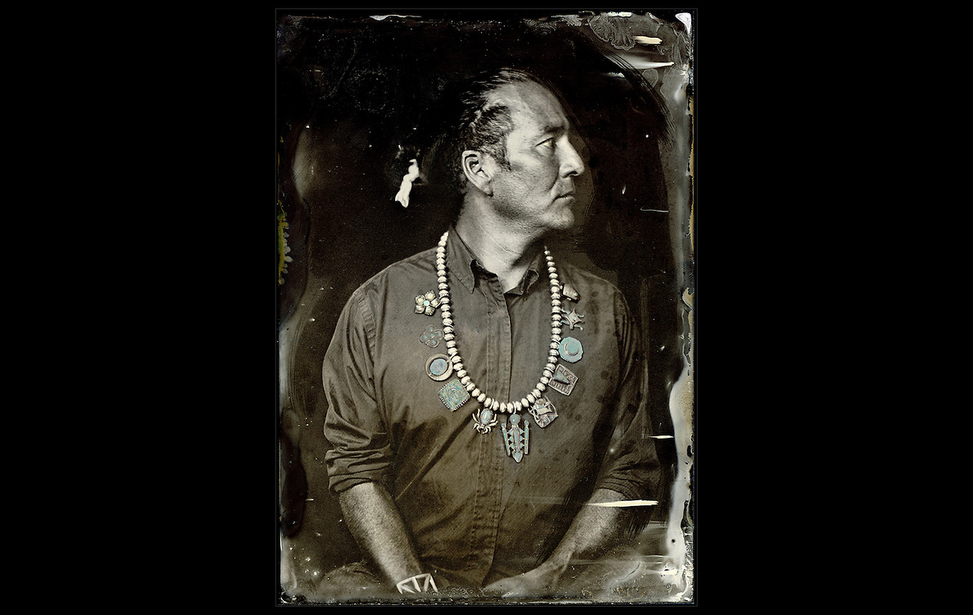 In a photograph entitled Indian Photographing Tourist Photographing Indian, contemporary Native American photographer Zig Jackson captures three distinct points of view: that of a white woman, who sits crouched, focusing her camera’s lens on a Native American couple, who gaze out from their lawn chairs at something in the distance, and finally his own, implied by the frame of the photograph itself.

This kind of multi-layered looking is explored in depth at the Portland Art Museum's Center for Contemporary Native Art this spring, with an exhibition titled Contemporary Native Photographers and the Edward Curtis Legacy. The show features the work of contemporary Native photographers Zig Jackson, Wendy Red Star, and Will Wilson, alongside images from non-Native Edward Sheriff Curtis’ groundbreaking publication The North American Indian.

Created between 1907 and 1930, The North American Indian is comprised of twenty volumes and over 1,500 images, documenting the cultural practices, languages, and traditions of more than eighty Native American tribes. As the museum notes, it is “considered one of the most significant non-indigenous records of Native American culture ever produced” and has been “celebrated, criticized, and reinterpreted for nearly a century.”

Curtis’ work faces scrutiny for presenting Native Americans in a nostalgic, romanticized light, sometimes posing and manipulating his subjects in order to recreate the very traditions that were being simultaneously forbidden in boarding schools and on reservations. On the other hand, the collection presents an impressively vast, visual databank, from which Native people themselves have identified ancestors and extracted information important to the preservation and revitalization of their cultures.

Juxtaposed with these century-old images is the work of today’s prominent Native photographers, such as Zig Jackson, whose series Indian Man in San Francisco includes photographs of himself wearing a feathered headdress while performing everyday activities such as riding the bus or walking along the beach, challenging viewers to “reassess deep-rooted assumptions about Native American appearance and assimilation.”

The work of contemporary photographer Wil Wilson stands in direct opposition to Curtis’, capturing Native subjects who “actively participate in the photographic portrait process by including significant objects of their own choosing, actively reinserting personal voices and indigenous authority.”

A century ago, Edward Curtis endeavored to record the “final glimpses” of “authentic” Native culture. Today, it’s evident that a proliferation of glimpses have not only these persevered, but thrived, and any attempt at authenticity is a whole lot messier and more complex than Curtis’ images may suggest.

All photos courtesy of the Portland Art Museum

6.) Will Wilson, William Wilson, Citizen of the Navajo Nation, Trans-Customary Diné Artist, 2012, from the series Critical Indigenous Photographic Exchange. Courtesy of the artist.