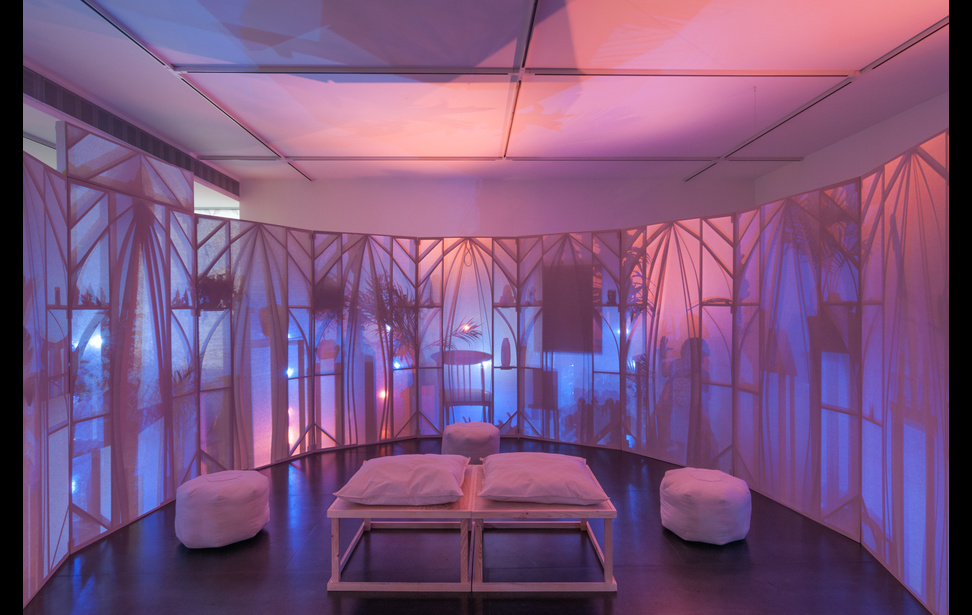 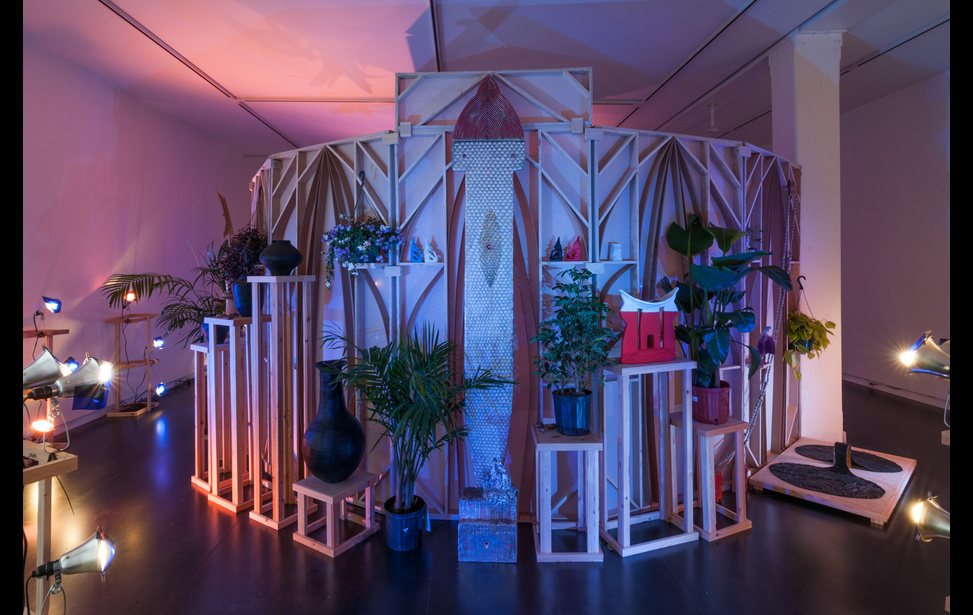 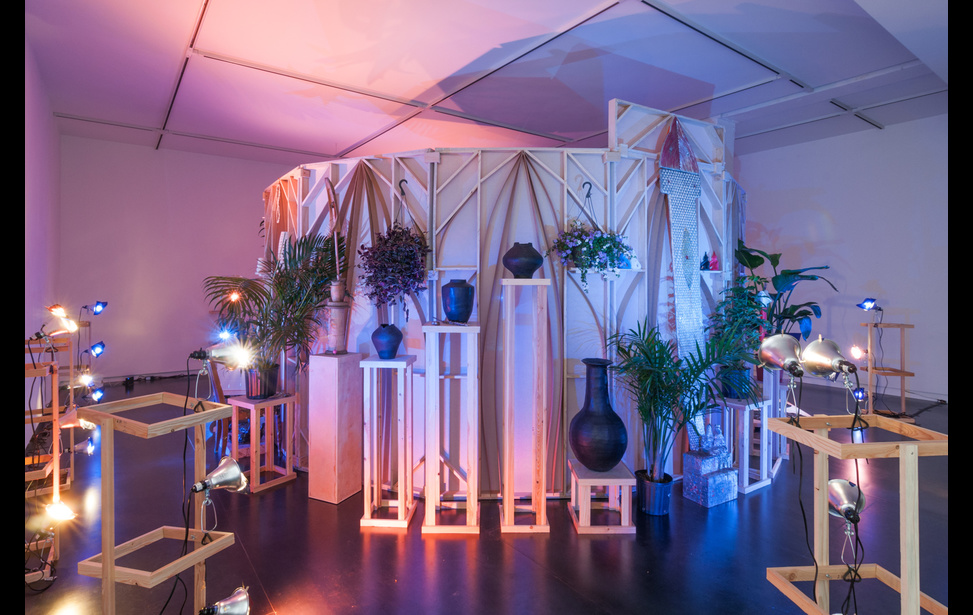 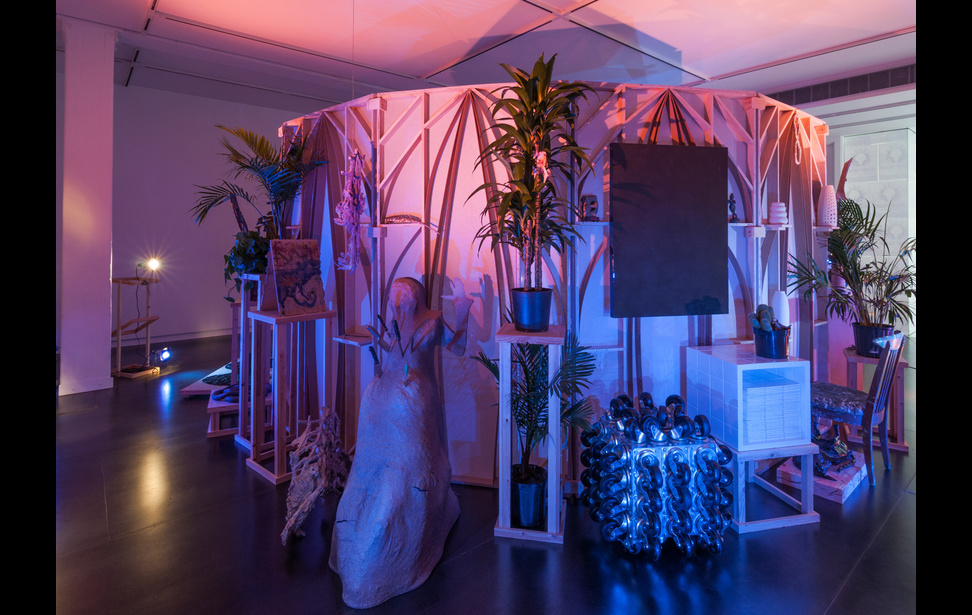 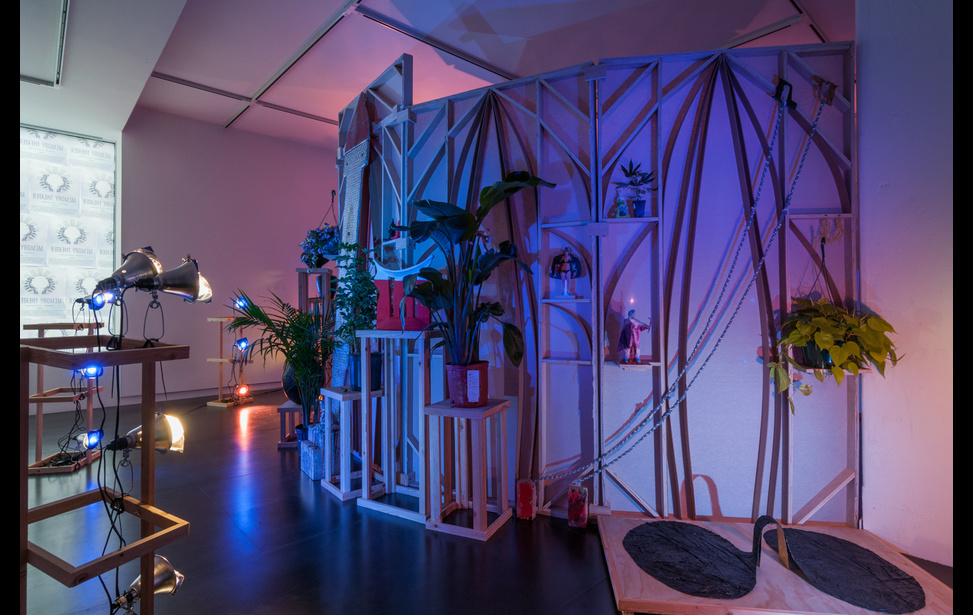 In the sixteenth century, Italian philosopher Guilio Camillo proposed a new way of thinking about memory. Until that point, the concept of memory related primarily to that which could be stored and retrieved within a single human mind, but Camillo suggested that a much more expansive and impersonal memory might exist—that of the universe itself.

He imagined a structure called a Memory Theater, "that one enters in order to remember the whole history of the universe." While Camillo never realized this vision himself, five centuries later, artist Srijon Chowdhury has taken the idea into his own hands, collaborating with more than twenty other artists to create Memory Palace at Upfor Gallery in Portland, OR.

Upon entering the gallery last week, I felt as though I had stepped into a sacred, otherworldly space. Some kind of ethereal music filled the dimly lit room, audio that I learned had been recently recorded from two black holes colliding one billion years ago. Already, the streets of downtown Portland felt light years away.

The defining structure of the installation is a horseshoe-shaped partition made from wooden frames stretched with white linen. All along its exterior, the partition is illuminated by splashes of bluish light. Nestled in and among a multitude of tropical plants are all manner of curiosities—a box covered in wheels, a feather cast in metal, a pair of red, ceramic lips, a coral-like sculpture growing out of the ground—objects that are meant to feel “fetishistic, ritualistic, and outside of time.”

Making my way around the structure’s perimeter, I came at last to an opening, where I entered the inner portion of the circle. The objects that moments before had been specific and recognizable were transformed into a dense network of silhouettes cast upon the stretched linen. From this vantage point, the works were abstracted references to forms at once mysterious and familiar, hints at flora and fauna and human figures, and a hundred other shapes that could have been dredged up from some primordial soup.

Alone, I took a seat on a large, cushioned bench and let my eyes meander over the panorama of shadows. I had forgotten all about the world outside of the gallery. To be honest, I was so absorbed in my surroundings that I couldn’t remember much of anything. Perhaps because the memory of the universe looks so little like my own.

All photos credited to Mario Gallucci