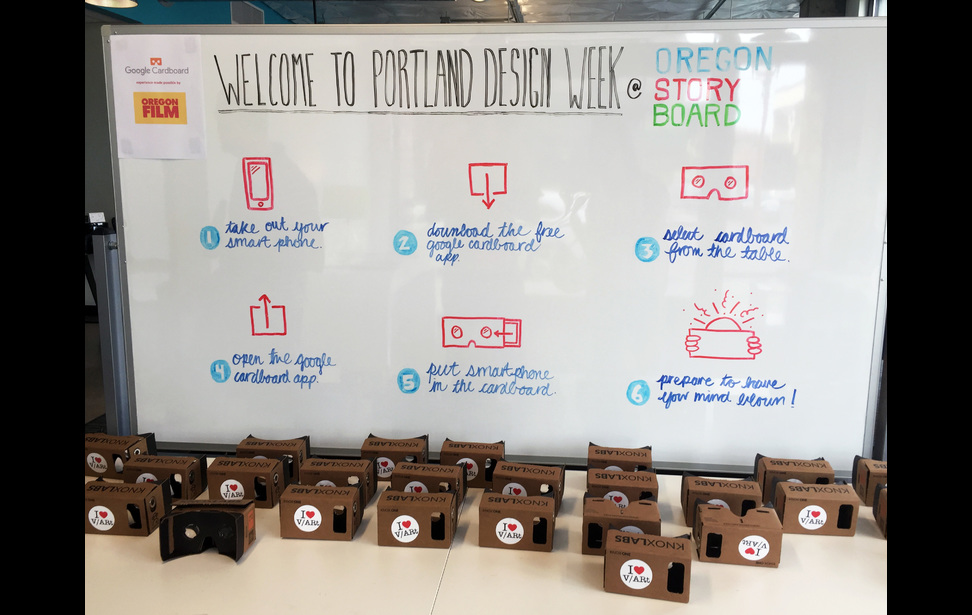 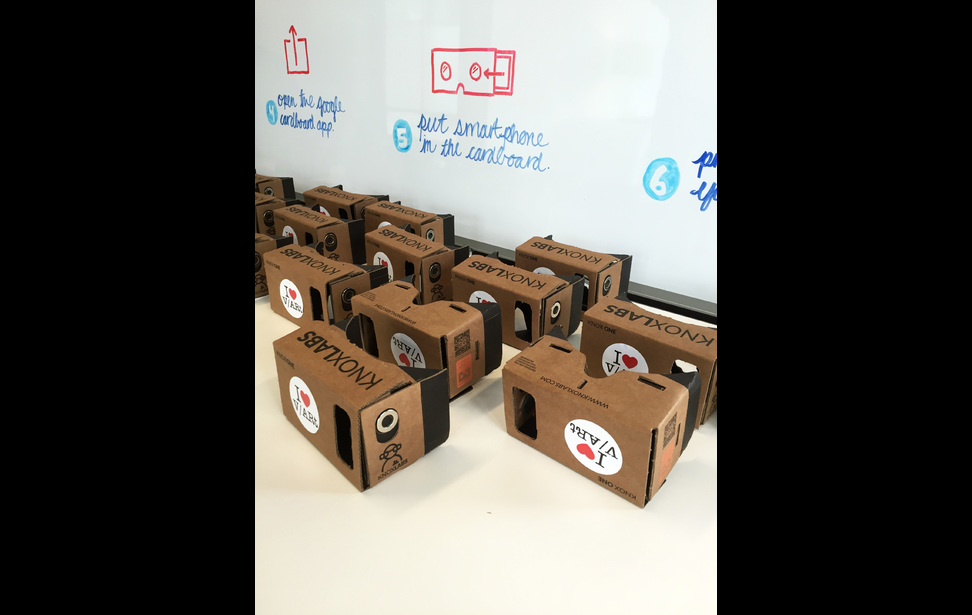 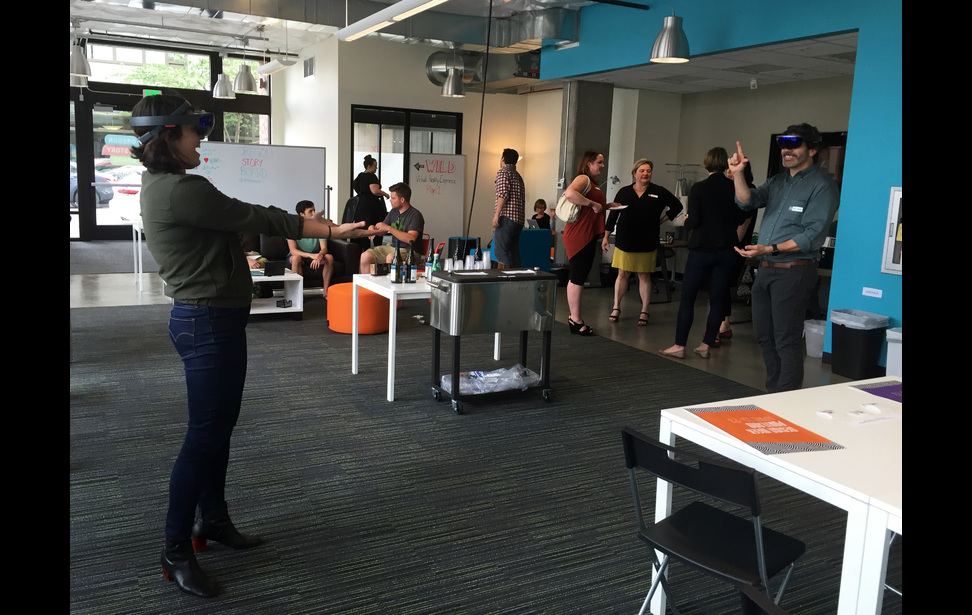 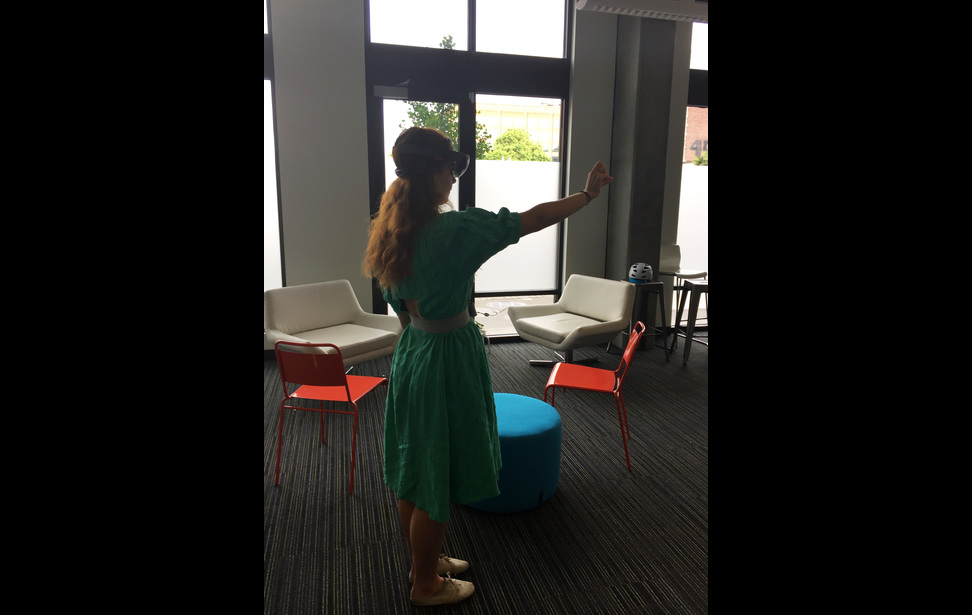 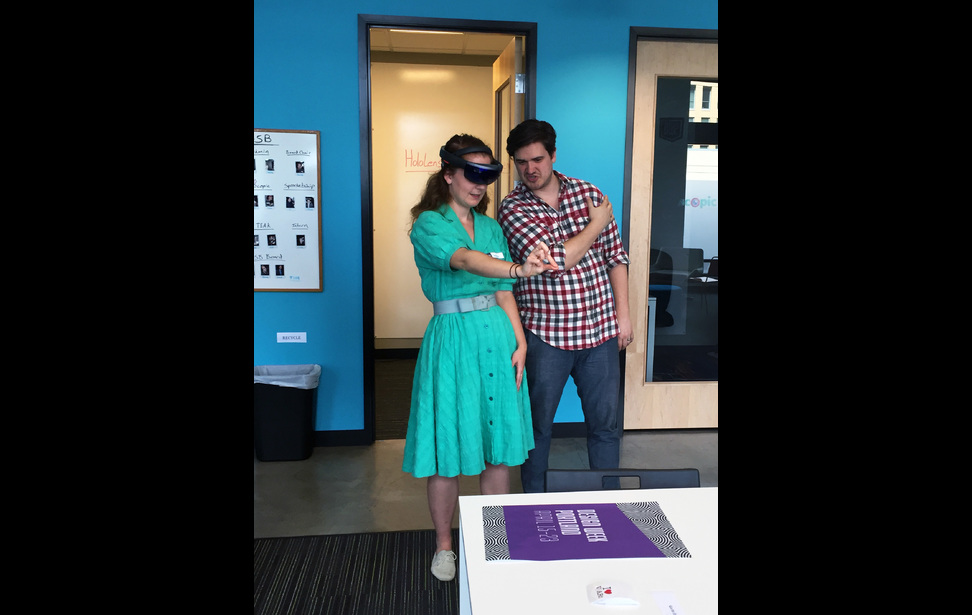 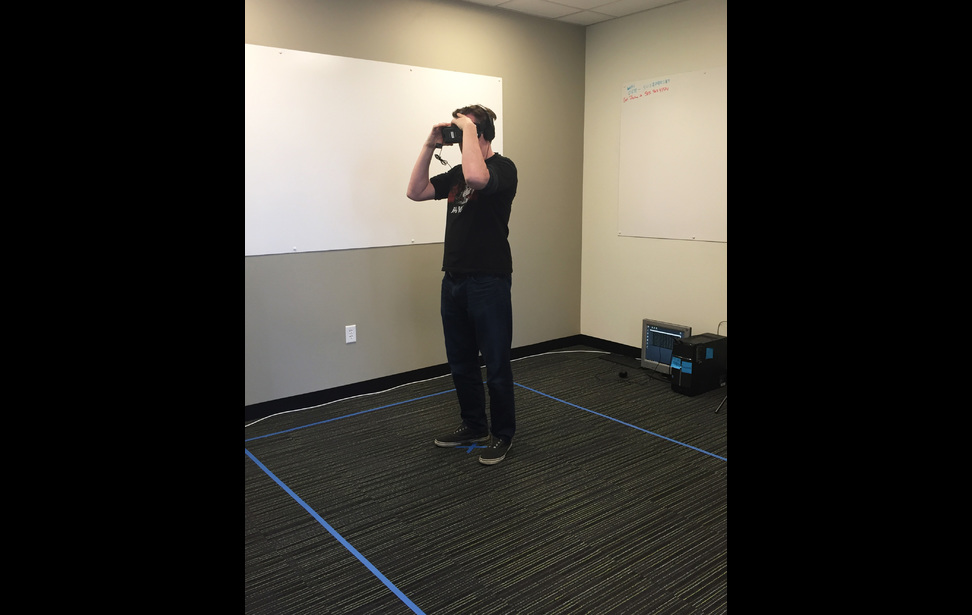 As part of Portland, Oregon’s 2016 Design Week, Oregon Story Board hosted a special happy hour event, inviting people to stop by and experience the latest advancements in virtual reality. When I arrived, most people were socializing and drinking wine. But scattered throughout the room was a handful of individuals standing off by themselves, arms outstretched toward the ceiling or a blank spot on the wall, quite literally lost in their own worlds.

Joining the group, I raised my Google Cardboard to my eyes (like a cardboard version of a child’s viewfinder toy) and was immediately transported to a sweeping, craggy landscape. A red and white-striped lighthouse was perched on a distant cliff, and two seagulls swooped by my head. Looking down, I realized I was standing in a small, wooden boat, surrounded by a vast, undulating, semi-transparent sea. A moment later, a massive humpback whale rocketed skyward, its airborne body looming over me before crashing back down into the sea.

When someone tapped me on the shoulder to let me know that a Microsoft HoloLens headset was now available, the room abruptly shrank back to its normal proportions. The HoloLens fit over my head like high-tech sports goggles. This time, I could see the room around me just fine, but it was now populated by a variety of surreal, virtual objects. There was a three-foot-tall weightlifter standing on the snack table, a cartoonish, neon rainbow to my left, and a puppy sitting by my feet. As I walked around the room, the objects stayed put, allowing me to examine them from all angles. By reaching out my thumb and forefinger and “pinching” an object, I could interact with it, even send it spinning like a top.

The third VR device I tried was Samsung’s Gear VR. Alone, I entered a small room, empty aside from a blue rectangle taped to the floor, and donned my headset. In an adjacent room, another woman (my opponent) did the same. A large, Connect Four-style game board appeared before me and, to my left, this woman materialized. We gave each other an excited, pixelated wave. The game began normally enough, but after each turn the board itself would twist, and my opponent twisted along with it, so she was standing on the wall and then the ceiling, playing from the opposite direction.

After an evening like this, it’s easy to imagine the myriad ways that this technology could infiltrate our daily lives. The New York Times has already begun utilizing VR to enhance photojournalistic storytelling, artists and designers are creating virtual sculptures, and it won’t be long before the person on the other end of your video chat materializes right beside you.

All photos are courtesy of Ellen Brown